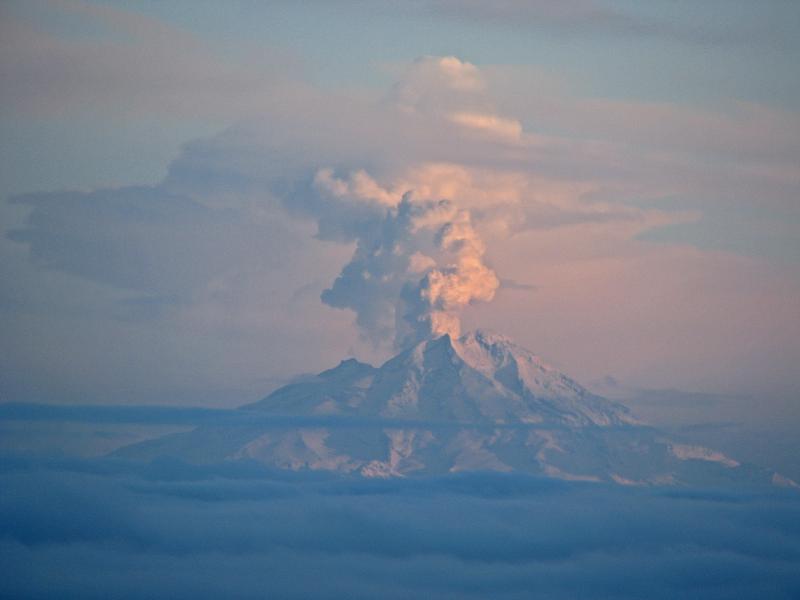 The 2009 eruption of Redoubt started in March; the first phreatic explosion was recorded on March 15, and the first magmatic explosion occurred seven days later, at 22:34 on March 22. Nineteen major ash-producing explosions generated ash clouds that reached heights between 17,000 ft and 62,000 ft (5.2 and 18.9 km) ASL. During ash fall in Anchorage, the Ted Stevens International Airport was shut down for 20 hours, from ~17:00 on March 28 until 13:00 on March 29. On March 23 and April 4, lahars with flow depths to 10 m in the upper Drift River valley inundated parts of the Drift River Terminal (DRT). The explosive phase ended on April 4 with a dome collapse at 05:58. The April 4 ash cloud reached 50,000 ft (15.2 km) and moved swiftly to the southeast, depositing up to 2 mm of ash fall in Homer, Anchor Point, and Seldovia. At least two and possibly three lava domes grew and were destroyed by explosions prior to the final lava dome extrusion that began after the April 4 event.

The 2009 eruption of Redoubt caused aviation impacts to Alaska and the Pacific Northwest, ranging from flight cancellations, airport closure, and visual flight rules flying, impact to local commerce in Anchorage and the Kenai Peninsula, and impacts to the Drift River Oil Terminal operations in Cook Inlet.