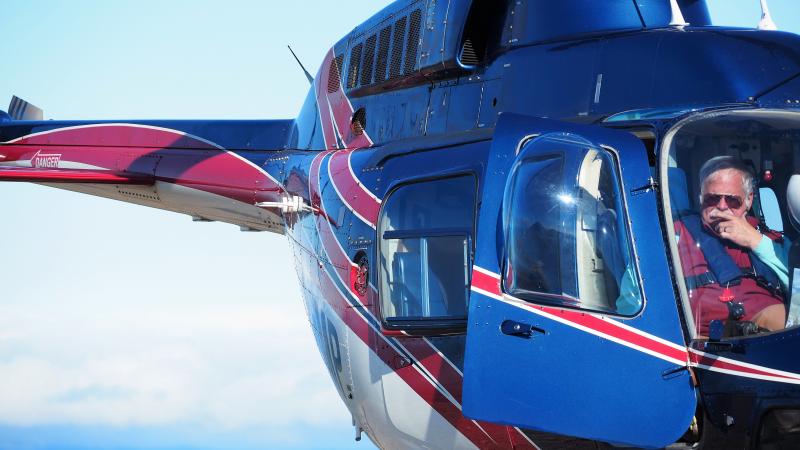 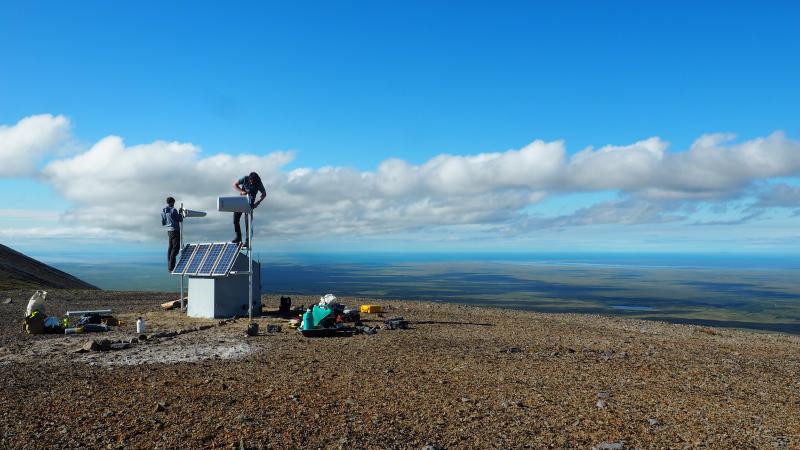 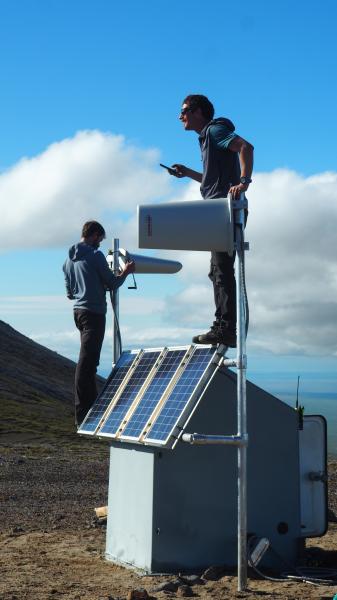 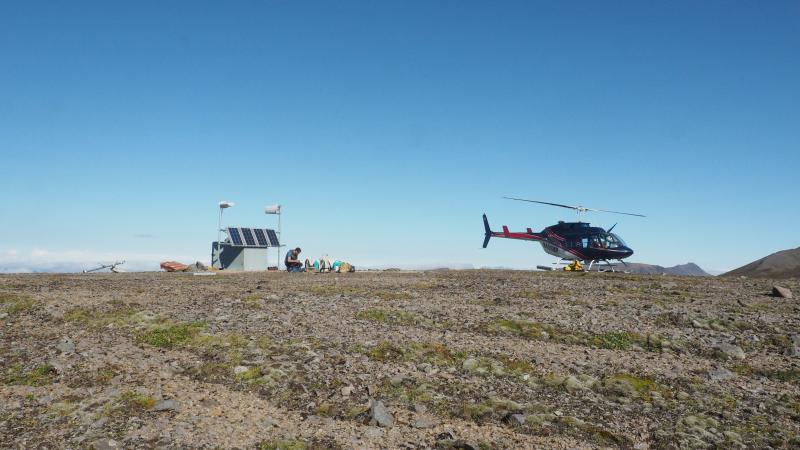 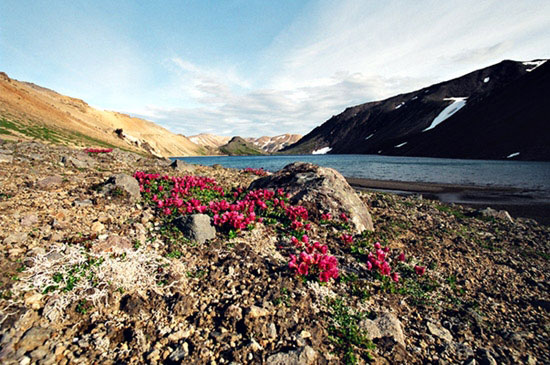 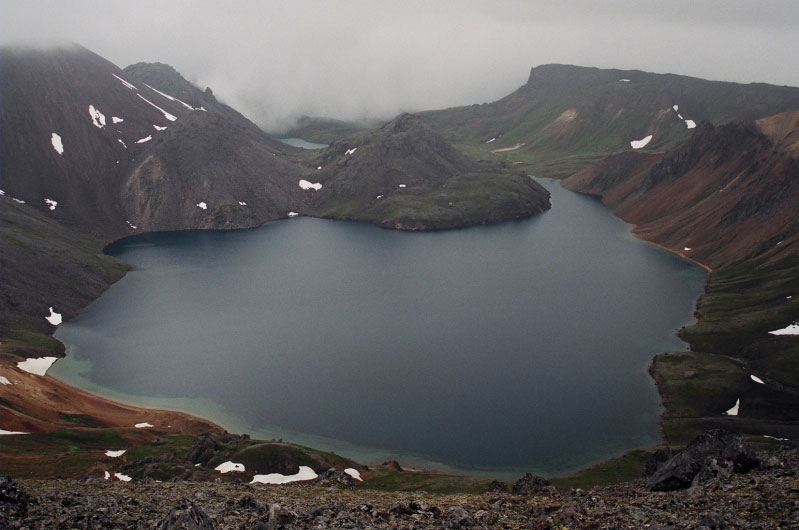 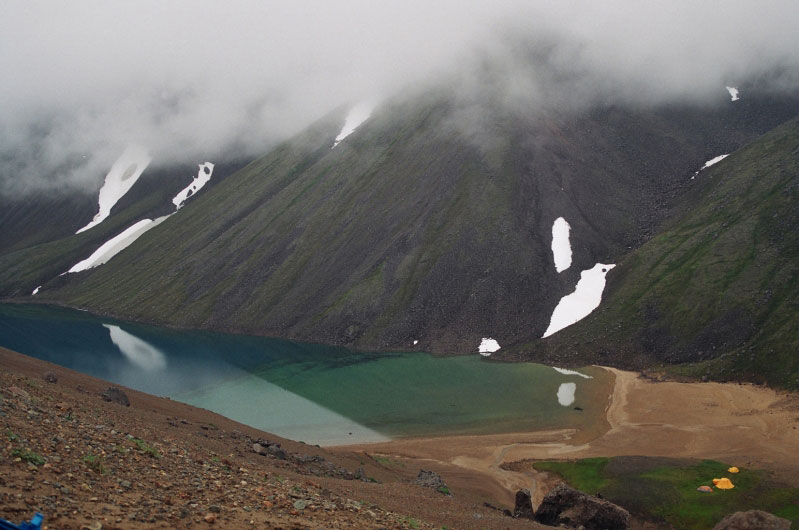 From Wood and Kienle (1990) [1]: "Black Peak is a deeply eroded, highly altered stratovolcano/dome complex with a small caldera at its eastern edge. The caldera is ice-free and contains two small lakes; most of the interior of the caldera is occupied by a complex of nested dacitic domes. The volcano rests on a north-dipping basement of Pliocene volcanogenic non-marine sedimentary rocks. "The flows, domes, and volcaniclastic rocks that make up the pre-caldera cone range in composition from andesite to dacite. Dacitic ash-flow tuffs and coarse block-and-ash flows fill the Bluff and Ash Creek valleys to as much as 100 m on the north and west sides of the volcano. The pyroclastic flows that deposited these tuffs had limited distribution and appear to have been relatively sluggish; they also appear to have had a large air-fall component, judging from the crude stratification in the ash-flow tuff. In spite of the caldera's small diameter, the widespread climactic air fall and the thickness of the ash-flow tuffs suggest a bulk eruption volume of >10 cubic km."
REFERENCES CITED
[1]
Volcanoes of North America: United States and Canada, 1990
Wood, C. A., and Kienle, Juergen, (eds.), 1990, Volcanoes of North America: United States and Canada: New York, Cambridge University Press, 354 p.
Contact AVO Privacy Accessibility Information Quality FOIA
URL: www.avo.alaska.edu/volcanoes/volcinfo.php
Page modified: September 29, 2020 12:19
Contact Information: AVO Web Team