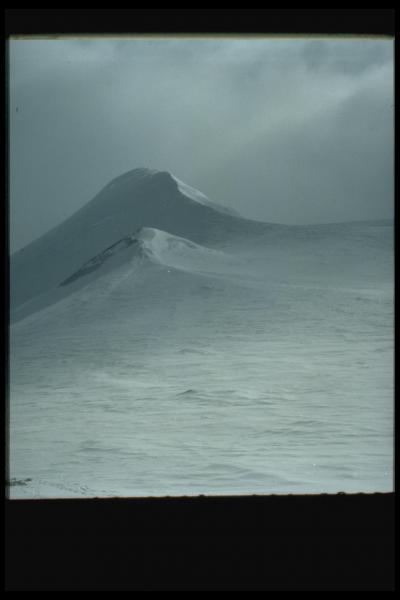 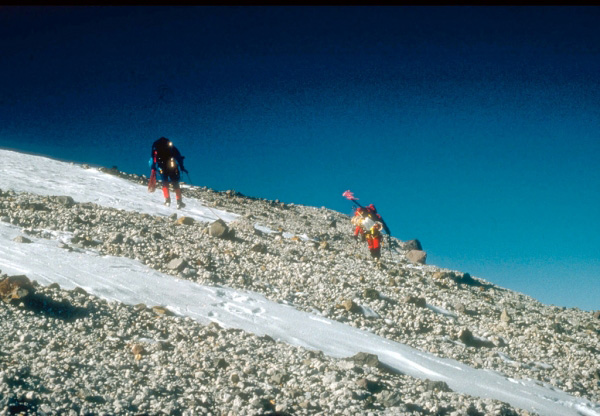 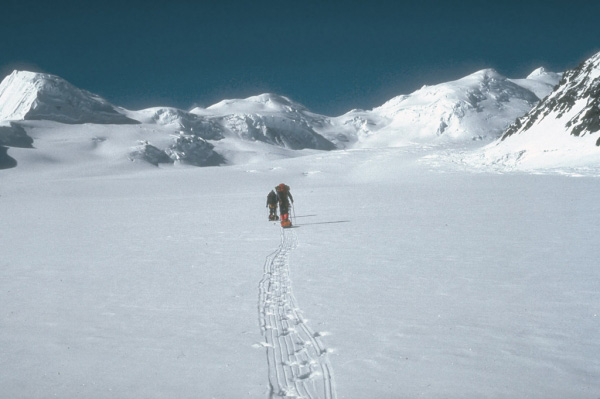 From Wood and Kienle (1990) [1]: "The Wrangell volcanic field extends from the Copper River Basic east-southeast across southcentral Alaska into the Yukon Territory of Canada, a distance of more than 250 km. At its west end the field includes the Quaternary volcanoes of Mount Wrangell, Mount Drum, Mount Sanford, Tanada, and Capital Mountain, which are described separately. In Alaska the field includes many of the higher elevations of the Wrangell Mountains and contiguous parts of the eastern Alaska Range and the St. Elias Mountains; it is in large part snow- and ice-covered. "The eastern part of the field is characterized chiefly by extensive and thick sequences of relatively flat-lying andesite and basaltic andesite flows, probably mostly from a number of coalescing shield volcanoes. Thick dacite flows and dacite and rhyolite domes, pyroclastic rocks, and subvolcanic plutons occur at and around some of the known eruptive centers. Available radiometric dates indicate that, in general, volcanic activity proceeded from east to west across the field. "Exceptions to the general east to west progression of eruptive activity include numerous Quaternary basalt and basaltic andesite cinder cones throughout the western half of the field, and the Holocene White River Ash source vent near the Yukon border. The cinder cones, of both Pleistocene and Holocene age, occur along the north side of the field between Mount Drum and the Nabesna Glacier River system, where they are superimposed on older volcanic rocks. Many of the cones retain their original constructional form, and most are <1 km in diameter and <100 m in height. Mount Churchill * * * contains an ice-filled summit caldera 3 km wide." McGimsey and others (1992) [2] show that Mount Churchill is the source of the White River Ash, produced during two of the largest explosive eruptions in North America during the last 2000 years. From Wood and Kienle (1990) [1]: "The White River Ash covers most of the southern Yukon of Canada and part of the eastern Alaska. It is the product of two separate Plinian eeruptions, the combined tephra volume likely exceeding 30 cubic km."
REFERENCES CITED
[1]
Volcanoes of North America: United States and Canada, 1990
Wood, C. A., and Kienle, Juergen, (eds.), 1990, Volcanoes of North America: United States and Canada: New York, Cambridge University Press, 354 p.
[2]
A postulated new source for the White River Ash, Alaska, 1992 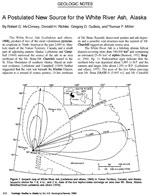