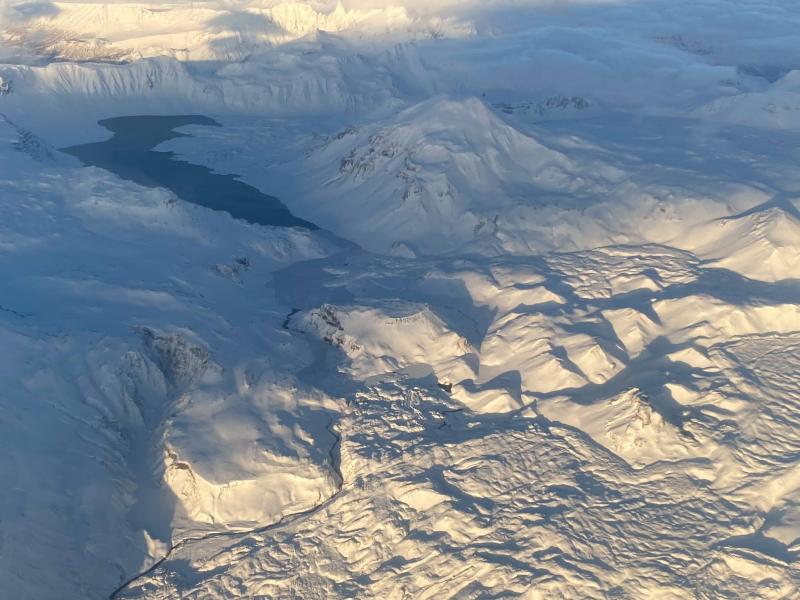 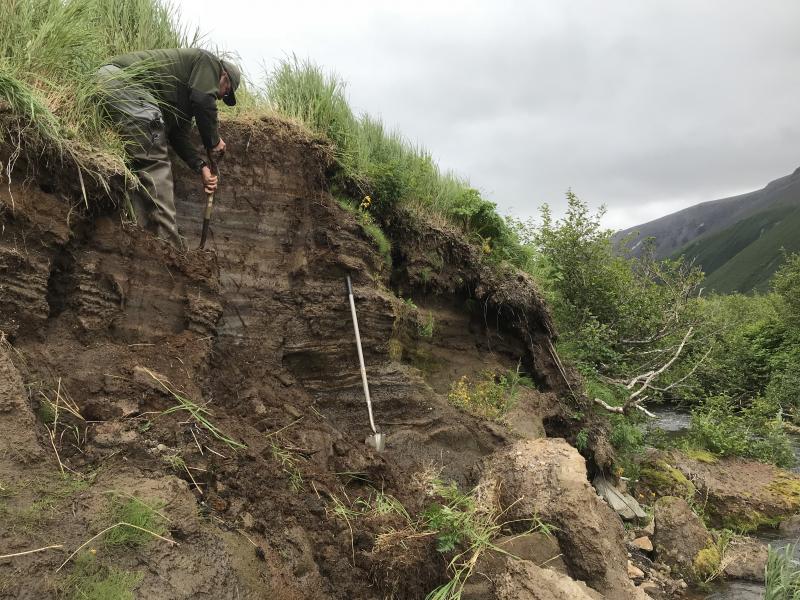 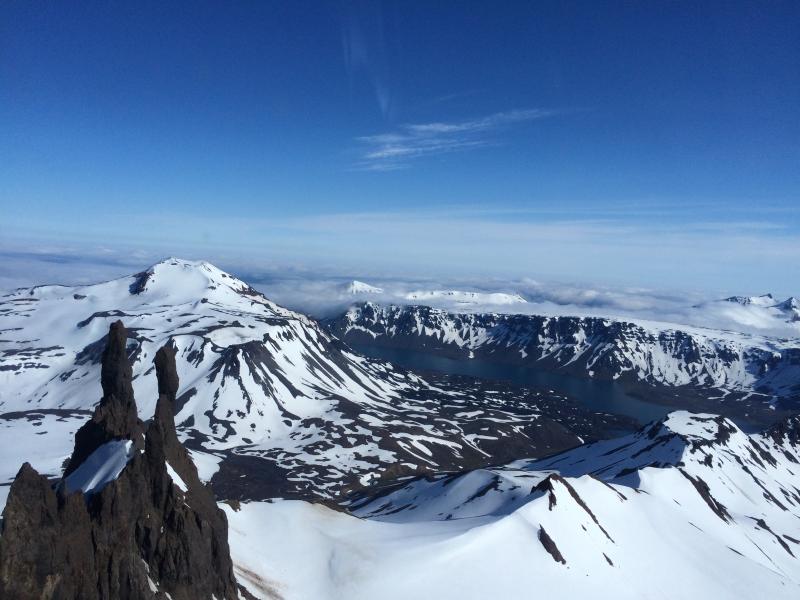 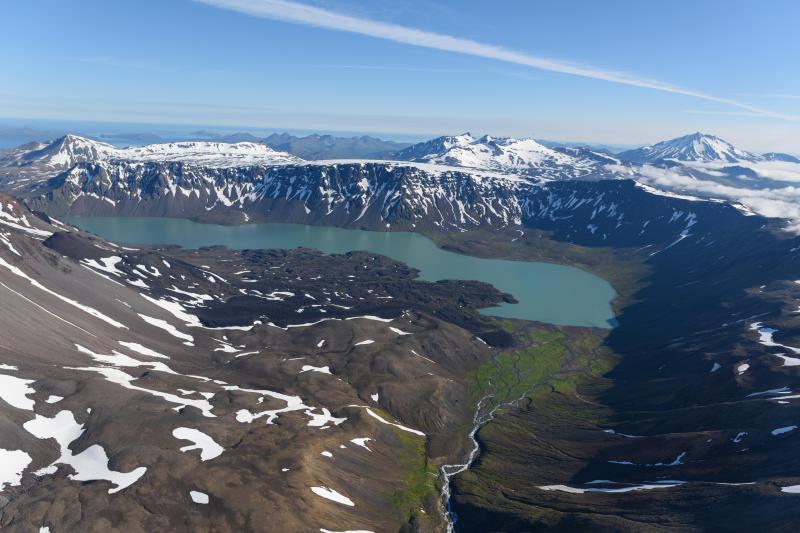 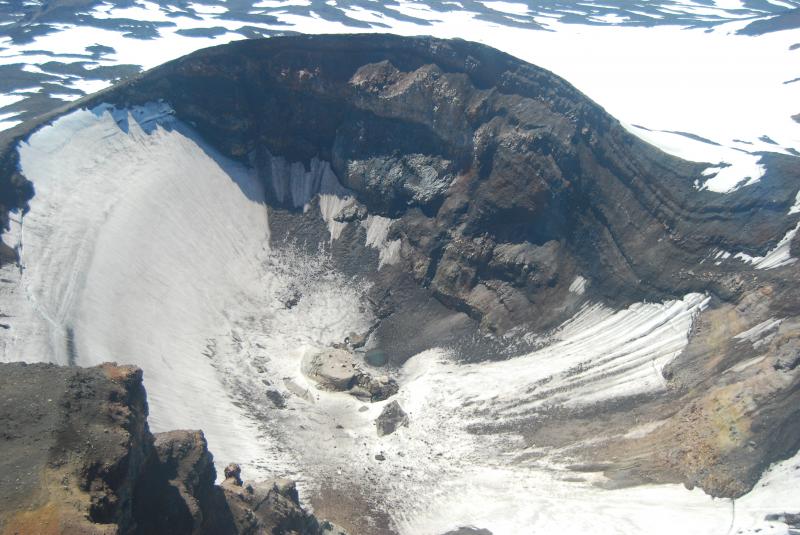 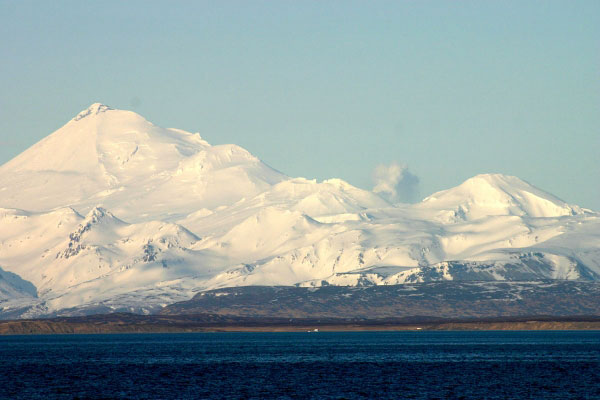 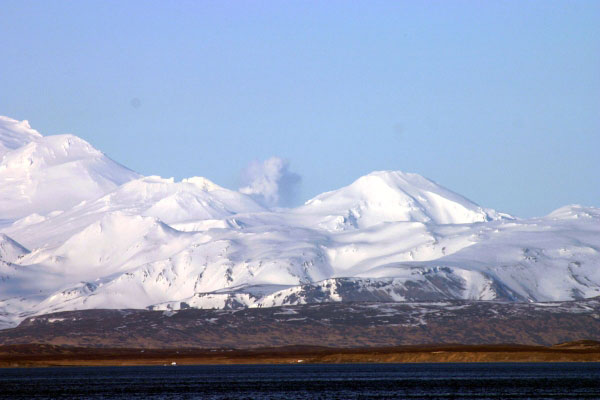 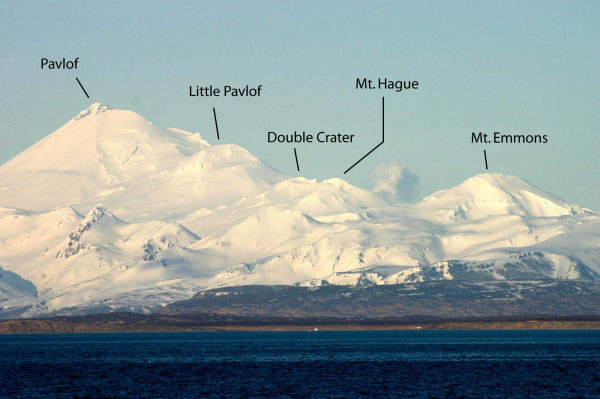 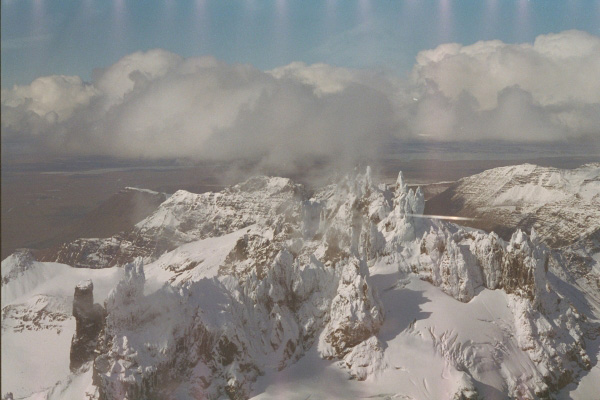 From Wood and Kienle (1990) [1]: "The Emmons Lake volcanic center is the site of a large stratovolcano with a pre-caldera volume of 300-400 cubic km and one of the largest calderas in the Aleutian arc. The center is very complex; at least two large caldera-forming eruptions have occurred in Late Quaternary time, and voluminous post-caldera volcanism continues to the present. The entire area has been subjected to multiple glaciations, and ice fields present occur in the caldera. A small lake in the southwest corner of the caldera drains to the Pacific Ocean through a breach in the southeast rim of the caldera. "The pre-caldera Emmons Lake volcano was built on the northeast flank of a topographic basement high composed of Tertiary volcanogenic and intrusive rocks that are exposed at an elevation of over 900 m in the caldera wall west of Emmons Lake. This period of volcanism consisted of an outpouring of andesitic basalt and volcaniclastic rocks over an area of 700 square km or more. Following deep erosion and glaciation, a major caldera-forming eruption occurred, resulting in the deposition of welded ash-flow tuffs of rhyolitic composition on both the Bering Sea and Pacific Ocean flanks of the volcano. In some cases, these welded tuffs filled deep valleys in the pre-caldera cone. At least some post-caldera basaltic volcanism appears to have occurred at this time, principally associated with Mount Emmons. "A second caldera-forming eruption, probably in late Wisconsin time, resulted in the emplacement of non-welded rhyolitic ash-flow tuffs in all quadrants around the volcano to distances >30 km from the caldera rim. "Renewed post-caldera volcanism appears to have been chiefly basaltic in character. Within the caldera this activity has been characterized by aa and block lava flows emitted from several small cinder cones and vents. Some of the young Holocene flows moved through the breach in the southern caldera wall and are found within a kilometer of the Pacific Ocean. A large fumarolic area occurs on the south side of Mount Hague, which is near the eastern margin of the caldera."
REFERENCES CITED
[1]
Volcanoes of North America: United States and Canada, 1990
Wood, C. A., and Kienle, Juergen, (eds.), 1990, Volcanoes of North America: United States and Canada: New York, Cambridge University Press, 354 p.
Contact AVO Privacy Accessibility Information Quality FOIA
URL: www.avo.alaska.edu/volcanoes/volcinfo.php
Page modified: September 29, 2020 12:19
Contact Information: AVO Web Team