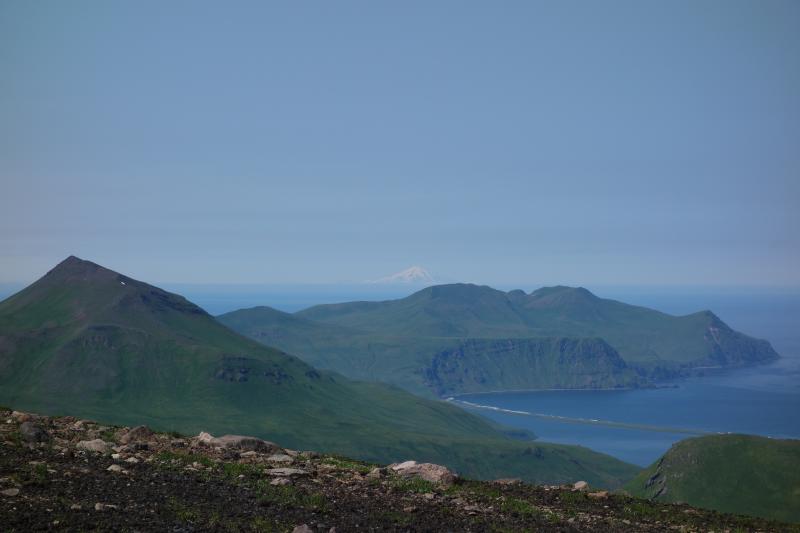 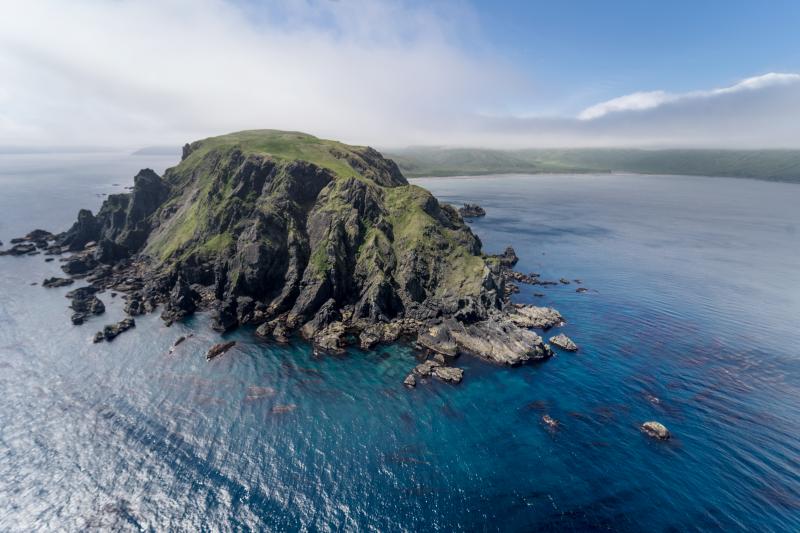 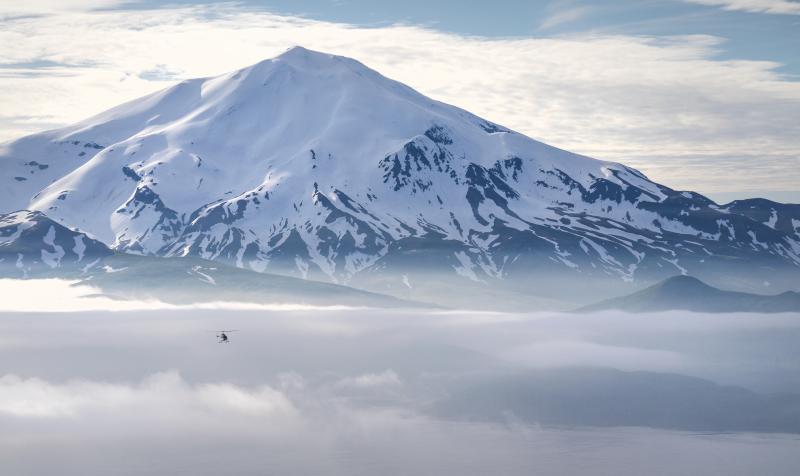 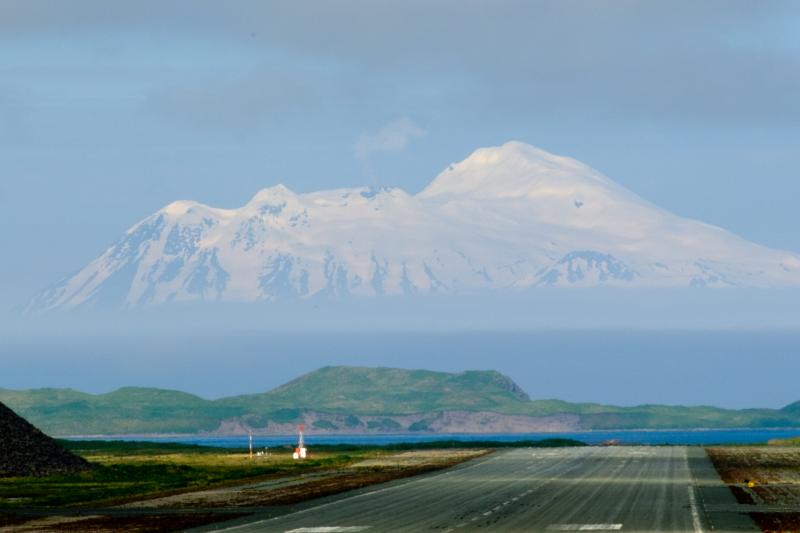 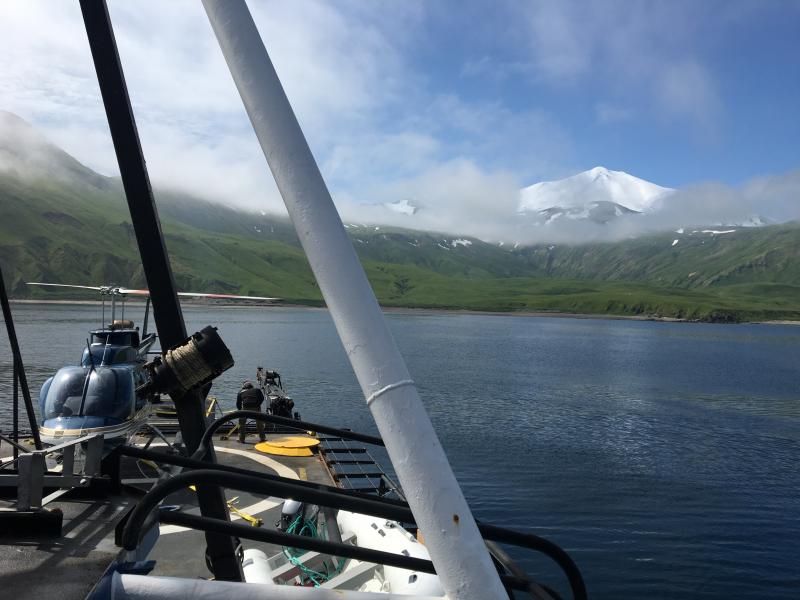 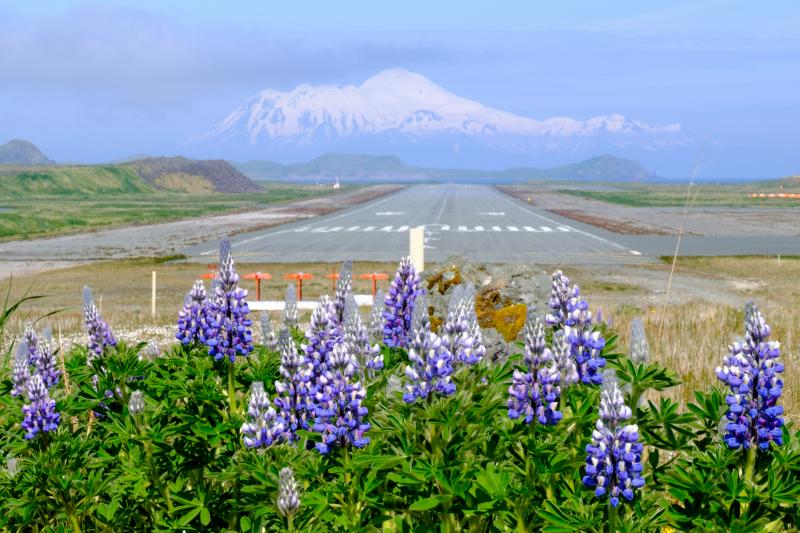 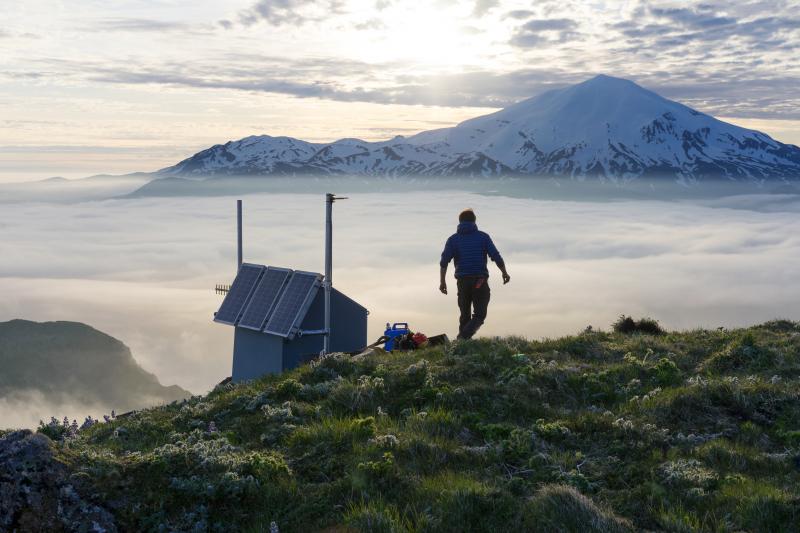 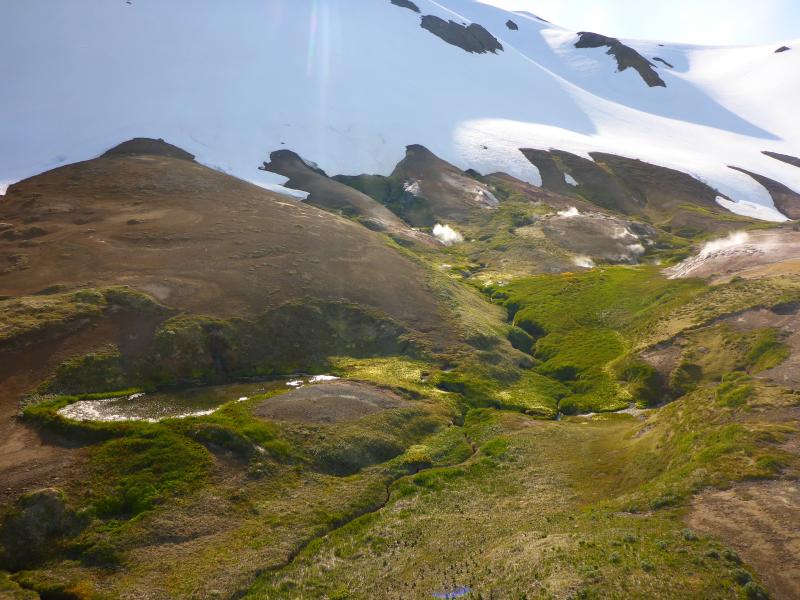 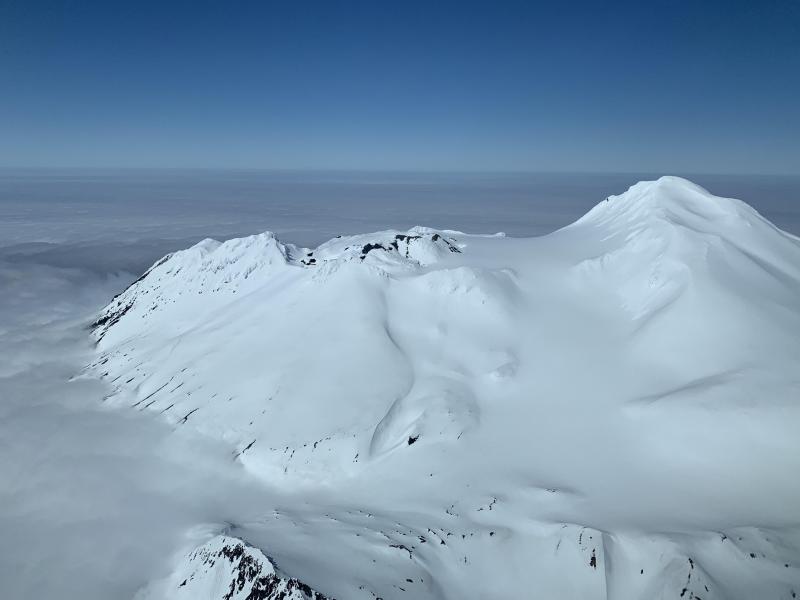 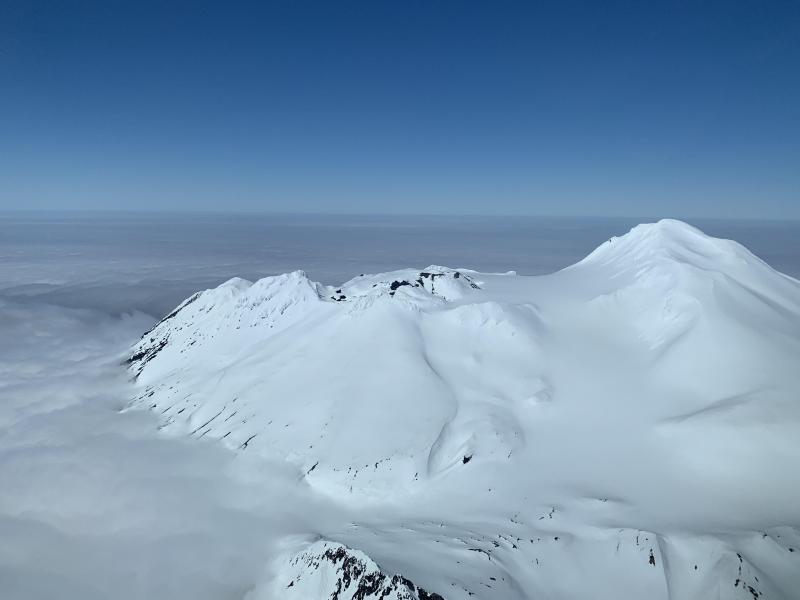 From Miller and others (1998) [1]: "Great Sitkin Volcano occupies most of the northern half of Great Sitkin Island, a member of the Andreanof Islands group in the central Aleutian Islands. The volcano is roughly oval-shaped, 8 by 11 km at the base, with the long axis trending east-west. It is a composite structure consisting of the remains of an older, decapitated volcano and a younger parasitic cone that collapsed forming a small caldera (0.8 by 1.2 km) on the west flank [2]. The highest point on the island is apparently a remnant of the former central volcano's eastern rim. Most of the constructional surface of the cone has been deeply eroded. A steep-sided, recently emplaced dome (unit Qgd) occupies the center of the caldera at an elevation of 1220 m. The dome is 183 m high, 0.4 km wide, and 0.6 km long with a blocky, flat top. Five small plugs (unit Qa) are intruded into the northwest slope of the cone; three of the plugs are aligned in a northwest direction from the crater, and the remaining two are aligned north-northwest. "Rocks that comprise the main cone are named the Great Sitkin volcanics (unit Tgc), and consist of andesite and basalt lava flows interbedded with tuff beds [2]. Lava flows predominated on the upper part of the cone, which has undergone extensive glacial erosion; construction of the cone may have begun in late Tertiary or early Quaternary time and was apparently completed before the end of Pleistocene glaciation. Partial destruction of the cone's former peak was followed by a westward shift in eruptive activity. A parasitic cone was built and subsequently destroyed during caldera-forming eruptions of unknown age. Pumice, scoria, and rock fragments from this eruption blanket the island to depths of a few centimeters to more than 6 m. Overlying the pumice deposit on the northwest flank of the main cone is an ash deposit that was apparently erupted from a subsidiary vent located immediately northwest of the crater [2]. A glacially truncated, columnar jointed basalt flow occurs low on the south flank of the main cone near the head of Sitkin Creek (unit Tgs). This flow is the product of a flank eruption, the source of which is covered by pumice (Simons and Mathewson, 1955 [2], p. 31). "Great Sitkin volcano is built upon the eroded remnants of a late Tertiary shield volcano, which forms more of the southern half of the island. The undeformed succession, termed the Sand Bay volcanics by Simons and Mathewson (1955) [2], consists of pyroclastic rocks, mainly volcanic breccias, which are overlain by a sequence of andesite and basalt lava flows. The succession crops out in a gently dipping radial pattern suggesting a source near the present cone. "The Sand Bay volcanics unconformably overlie the Finger Bay volcanics, an older, highly altered and deformed sequence of lava flows, breccia, and tuff that form the rugged headlands along the southern and southeastern coasts. By correlation with nearby Adak Island, the Finger Bay volcanics are probably no younger than late Eocene in age, and may be as old as Cretaceous [3]."
REFERENCES CITED
[1]
Catalog of the historically active volcanoes of Alaska, 1998 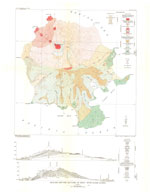