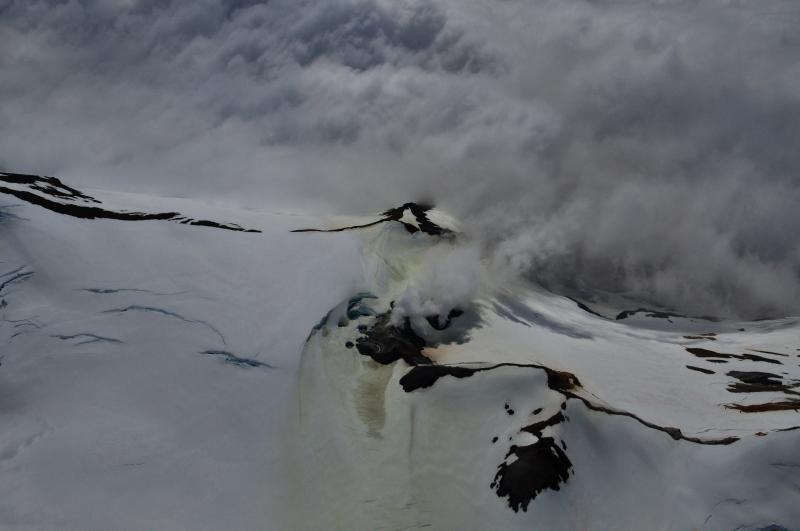 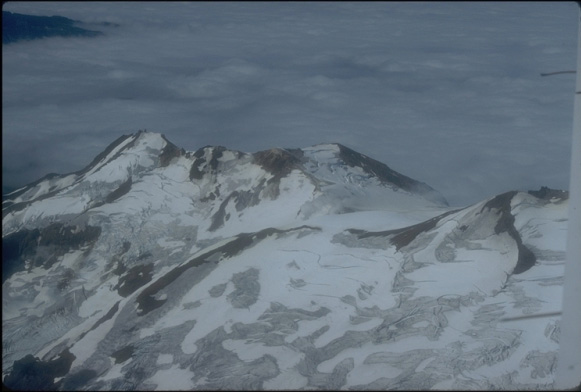 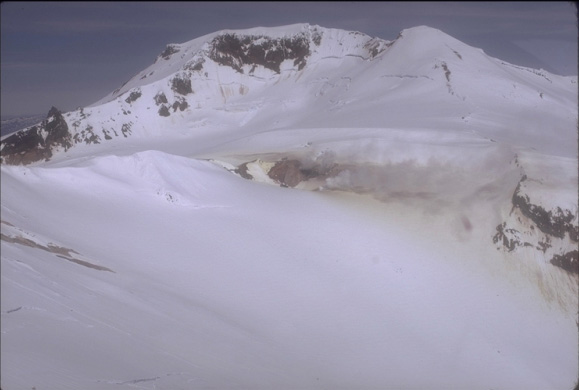 From Wood and Kienle (1990) [1]: "The Stepovak Bay group is a chain of five volcanoes at the southwest end of a N40E oriented linear segment of the Aleutian arc on the Alaska Peninsula. This same segment includes the better known Veniaminof and Aniakchak calderas. Three of the Stepovak Bay volcanoes (2, 4, and Kupreanof) have clearly had Holocene eruptions, resulting in three small debris flows filling late Pleistocene glacial valleys, and a small cinder cone and associated lava flow. The other two volcanoes (1 and 3) do not show unmistakable evidence of Holocene activity. They have ice-filled summit craters 500 m (1) and 300 m (3) in diameter that may be late Pleistocene age. These volcanoes have contributed to extensive late Tertiary and Quaternary lava flows, some extending near sea level. "Kupreanof is the largest and best known volcano of the group. In 1982, reconnaissance mapping located the three southernmost volcanoes. Later work further delineated these three, and located an additional center (4). Mapping and K-Ar dating indicate the area has been the locus of voluminous volcanic activity for approximately the last 4 million years. A fumarole occurs at Kupreanof volcano; another has been reported on volcano 4. Air photos from the late 1940s also suggest the presence of a fumarole on volcano 1. "Northwest of the line of volcanoes a projected fault vertically offsets the volcanoes from flows that are related to the early history of the centers. These flows, which dip away from the centers, yield K-Ar ages between 3.9 and 1.7 Ma. Along the trend, and 7 to 12 km southwest of the volcanoes, is another area of early (?) Quaternary flows possibly related to a yet unrecognized center; outcrops of hypabyssal rocks in a snowfield among these flows may be this center. The group of volcanoes overlies sedimentary rocks of Oligocene to late Miocene age; the southern centers also overlie thick tuff deposits of uncertain but presumably late Tertiary or early Quaternary age."
REFERENCES CITED
[1]
Volcanoes of North America: United States and Canada, 1990
Wood, C. A., and Kienle, Juergen, (eds.), 1990, Volcanoes of North America: United States and Canada: New York, Cambridge University Press, 354 p.
Contact AVO Privacy Accessibility Information Quality FOIA
URL: www.avo.alaska.edu/volcanoes/volcinfo.php
Page modified: September 29, 2020 12:19
Contact Information: AVO Web Team