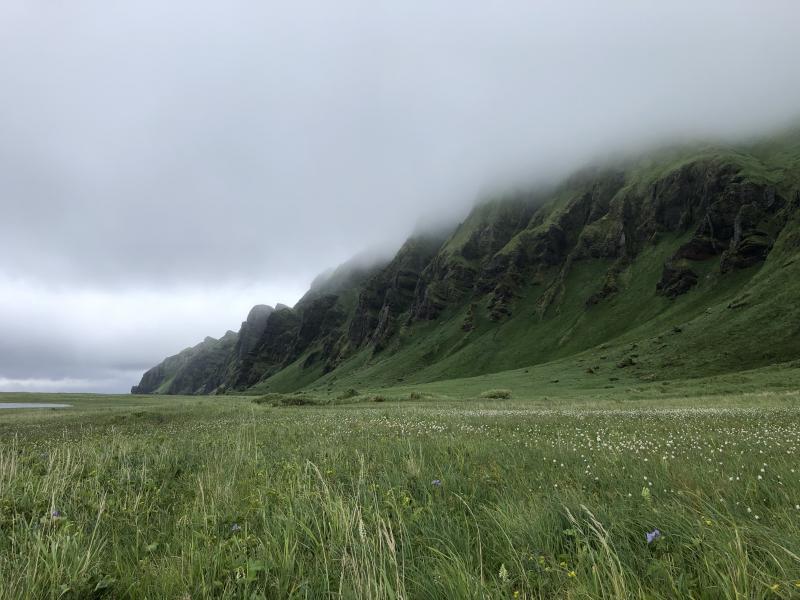 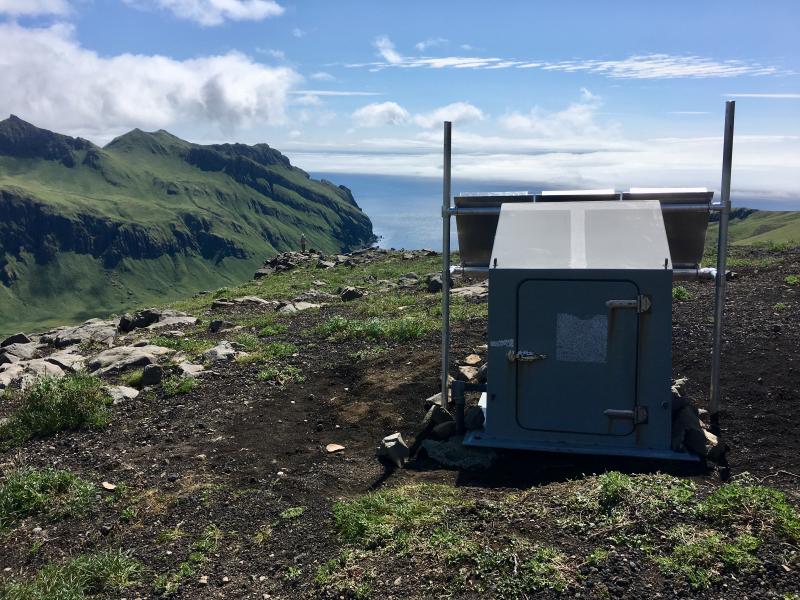 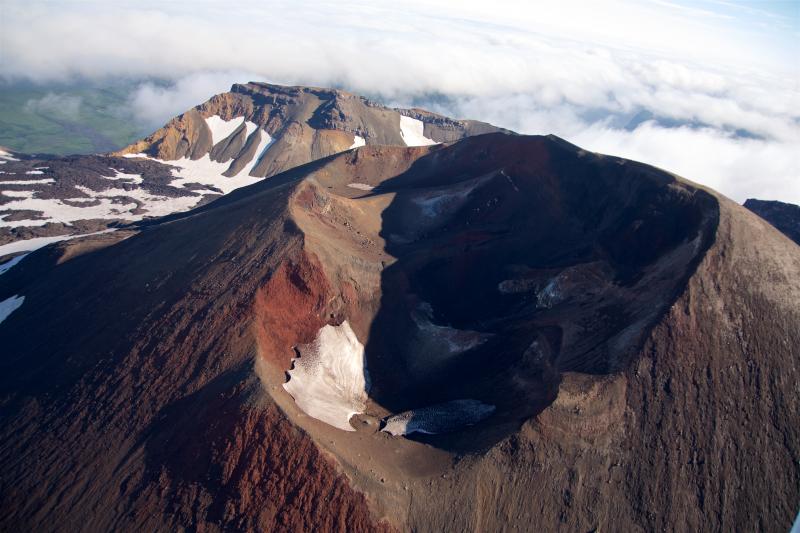 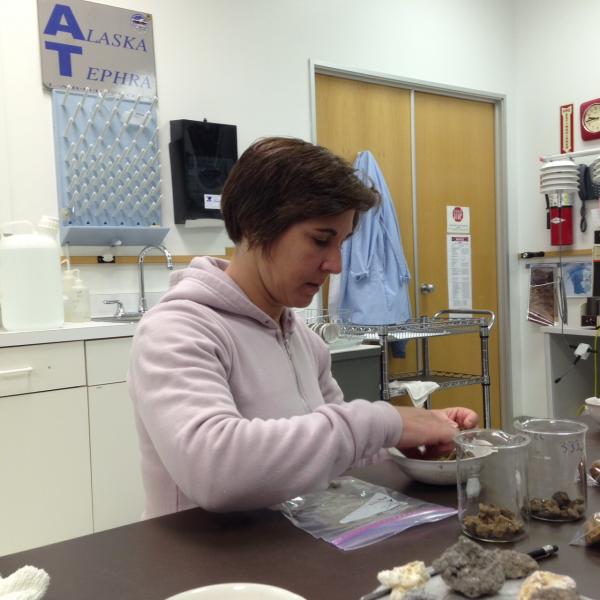 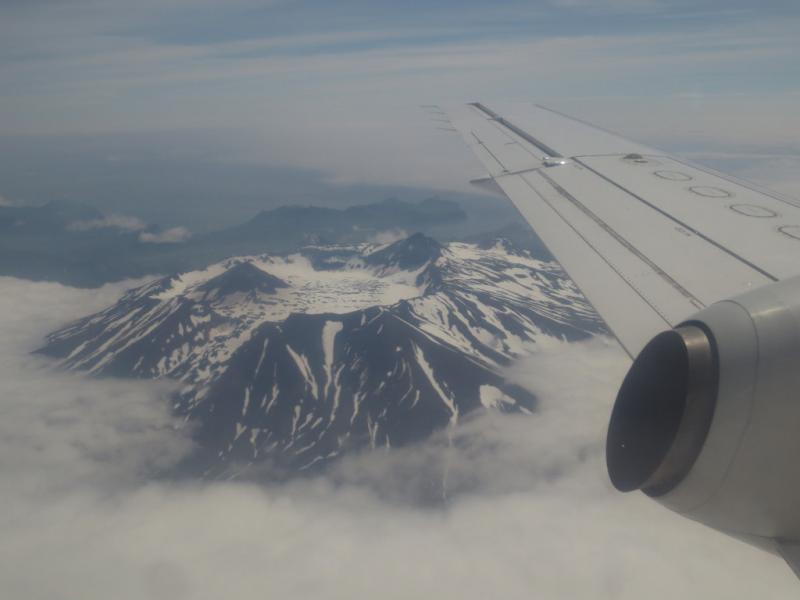 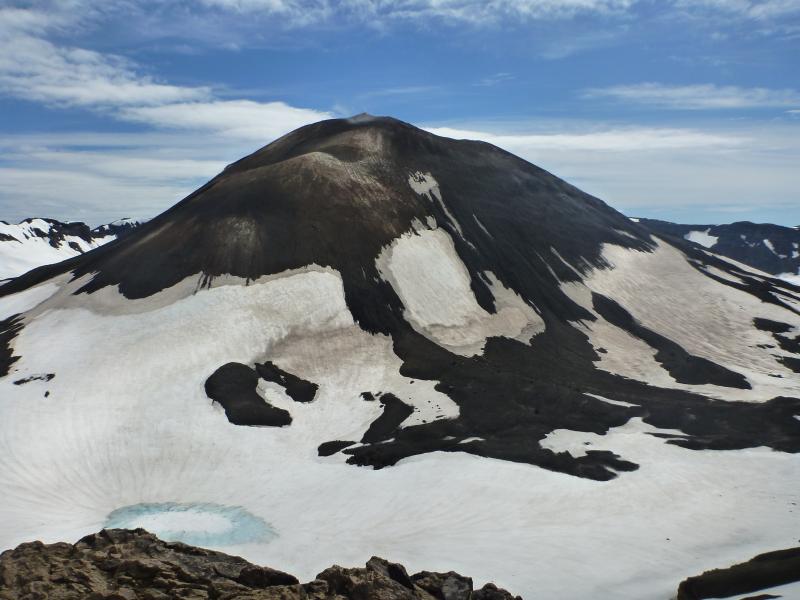 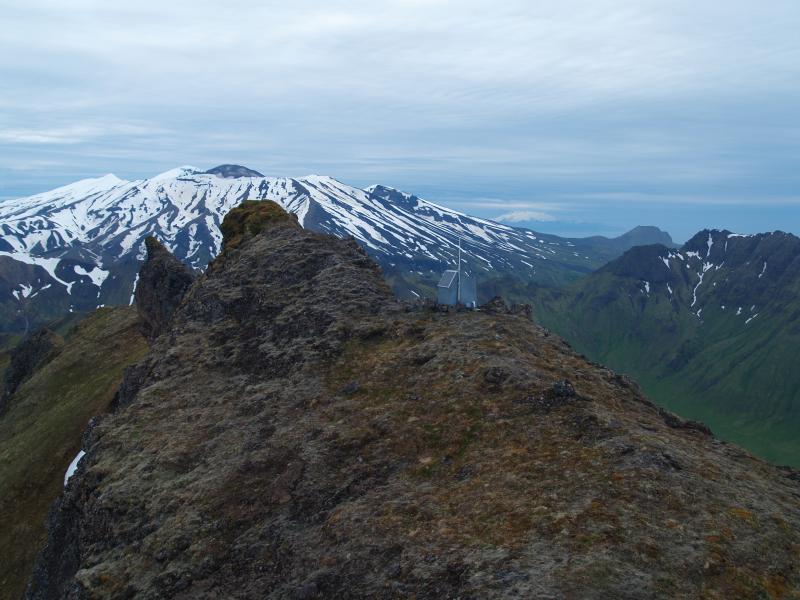 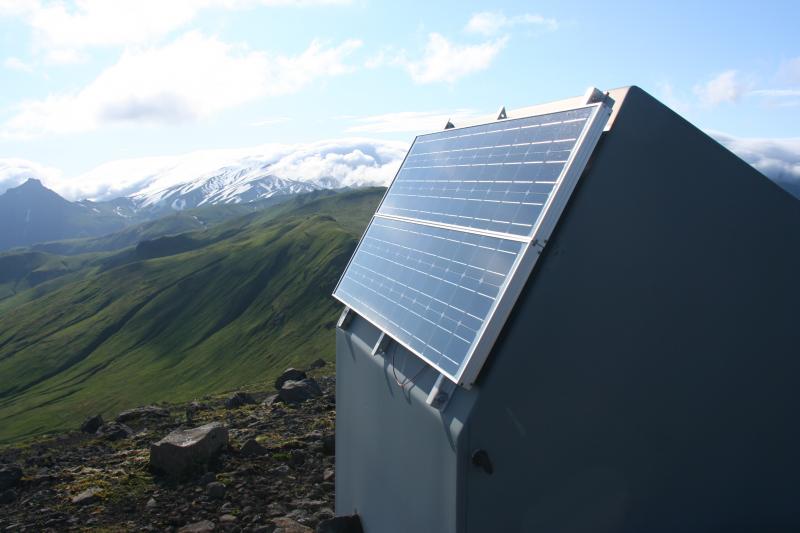 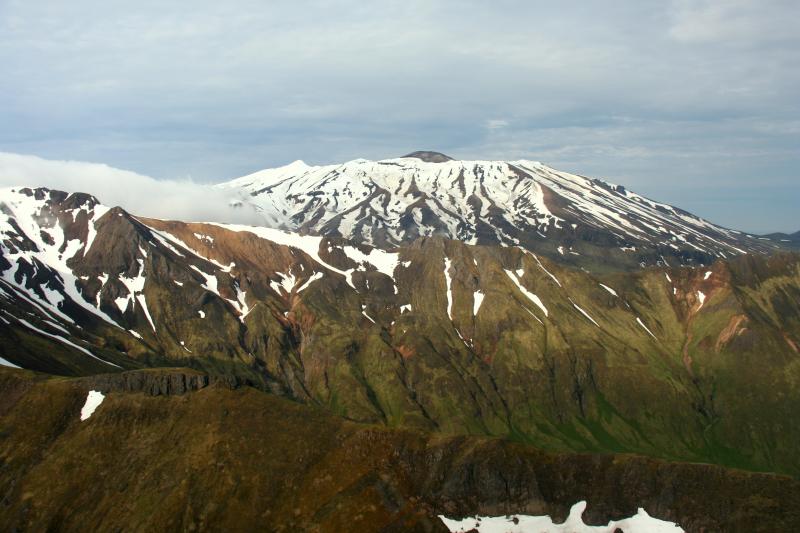 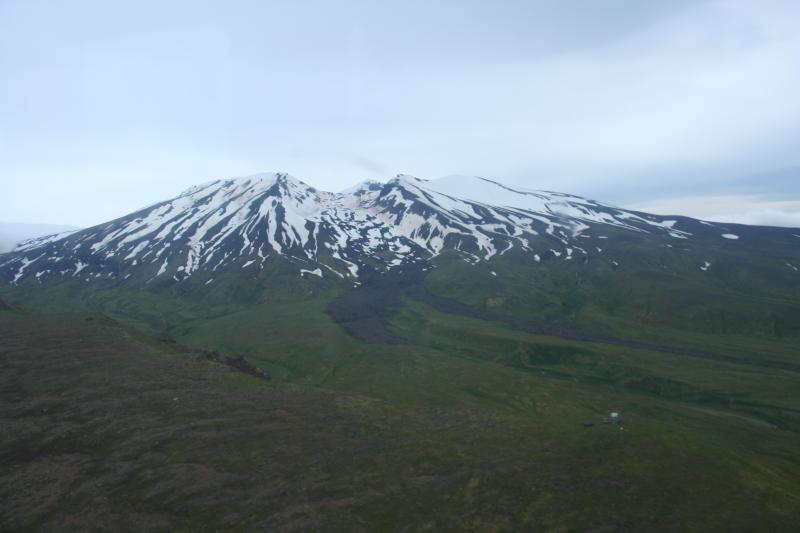 From Miller and others (1998) [1]: "Akutan volcano is a composite stratovolcano with a circular summit caldera about 2 km across and 60 to 365 m deep [2] [3] [4] and an active intracaldera cinder cone. The caldera rim reaches a maximum altitude of 1303 m at Akutan Peak, the remnant of a pre-caldera cone now filled with a lava plug. The caldera is breached to the north. Caldera subsidence accompanied or followed eruptions from a series of rim vents. The vestige of a larger caldera, of probable late Pleistocene age and at least in part older than the cone of Akutan Peak, extends 1.5 km southwest of Akutan Peak and is terminated to the north by the younger caldera. Small glaciers fill the older crater and lie within the southwest and southeast margins of the younger caldera. "The active intracaldera cinder cone is over 200 m high, about 1 km in diameter, and located in the northeast quarter of the caldera. Three small sulfur-lined craters occupy its summit and several fumarole zones are present along its south and southwest flank [2]. A crescent-shaped lake along the inner southwest rim of the caldera and a hot and slightly acidic lake along the northern caldera wall were noted by Byers and Barth in 1948 but Motyka and others (1981) [4] speculate that these lakes may have been obliterated by more recent activity. Both lakes drained to the north through a gap in the caldera wall. "The lava flows and pyroclastic deposits of Akutan volcano are no older than Pleistocene as Romick and others (1990) [3] report ages of 1.1 +/- 0.1 to 1.8 +/- 0.8 Ma for the oldest of these rocks." From Waythomas (1999) [5]: “At least four large eruptive centers are recognized peripheral to the modern Akutan cone. The youngest center, which produced the Lava Point flows and cone at the northwest tip of the island, may be historic (younger than about A.D. 1800) in age. Cascade bright eruptive center, southeast of Akutan cone, includes a small lava flow, dated at 0.15 Ma, a vent breccia complex, and a number of dikes. The largest of the satellite centers in the Flat Top center located southwest of the Akutan caldera and dated at 0.25 Ma. It consists of relatively extensive flows, a vent breccia complex, and a radial dike swarm. The oldest of the satellite centers is the Long Valley series of linear and monolithologic domes or very shallow intrusions and carapace(?) breccias dated at 0.58 Ma. In addition, three remnant cinder cones overlies ancestral Akutan lavas north and west of the modern cone.” “With the exception of the deposits exposed at Reef Bight (sections 61 and 76, Fig. 8 in original text), the volcaniclastic deposits associated with the Akutan tephra are the only known deposits that record a significant eruption of Akutan Volcano. A possible explanation for the origin of the tephra and associated volcaniclastic deposit is that they formed during the eruption that produced the present summit caldera. If this explanation is correct, the most recent caldera-forming eruption of Akutan Volcano occurred approximately 1611 years B.P. This new age estimate for the formation of Akutan caldera would revise a previous date on caldera formation of 5200 years B.P. [6] [7]. According to the results presented in this paper, few if any deposits on Akutan Island can be correlated with confidence to an eruption that dates to approximately 5200 years B.P. (Fig. 19 in original text).” From Miller and others [8]: "Young basaltic lava flows, some of which were erupted in 1929, cover the caldera floor south and north of the cinder cone and extend several hundred m downslope through the crater rim gap. Flows extruded in 1947 blanket the central portion of the northwest end of the island at Lava Point, where about 4 square kilometers of jagged aa basalt occurs adjacent to several cinder cones. The entire island is mantled by an ash layer that thickens toward Akutan Peak; landslide and mud flow deposits have concentrated this ejecta in the valleys north and northeast of the caldera and a maximum fill depth of 7 m occurs at Wooly Cove [9]. "Active hot springs occur northeast of the caldera at the head of Hot Springs Bay valley and along the shore of Hot Springs Bay; Byers and Barth (1953) [2] and Motyka and others (1988) [10] recorded temperatures between 67 and 84 degrees C and a pH range of 6.6 to 7. Surface waters of the hot caldera lake were 50 degrees C with a pH of 5.0 and steam issuing from fumaroles along the cinder cone base averaged 96 degrees C [9]."
REFERENCES CITED
[1]
Catalog of the historically active volcanoes of Alaska, 1998 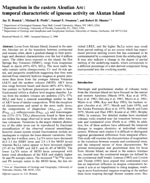 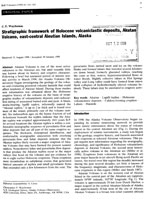 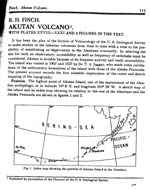