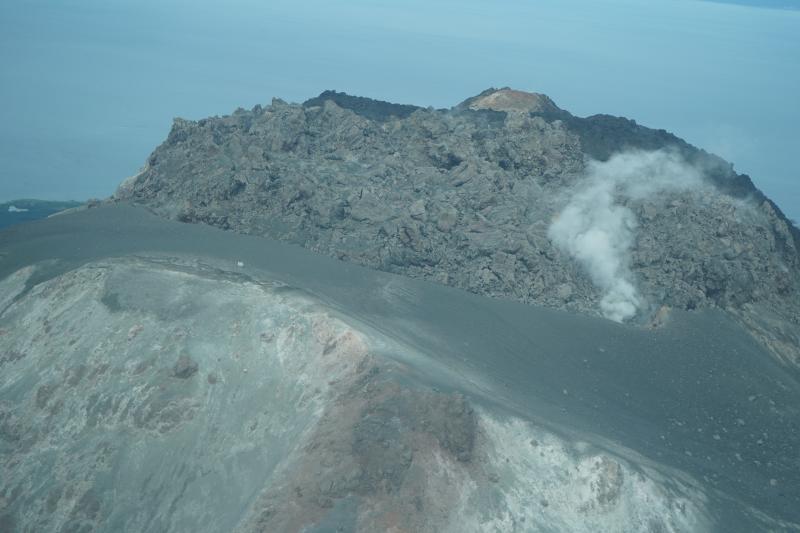 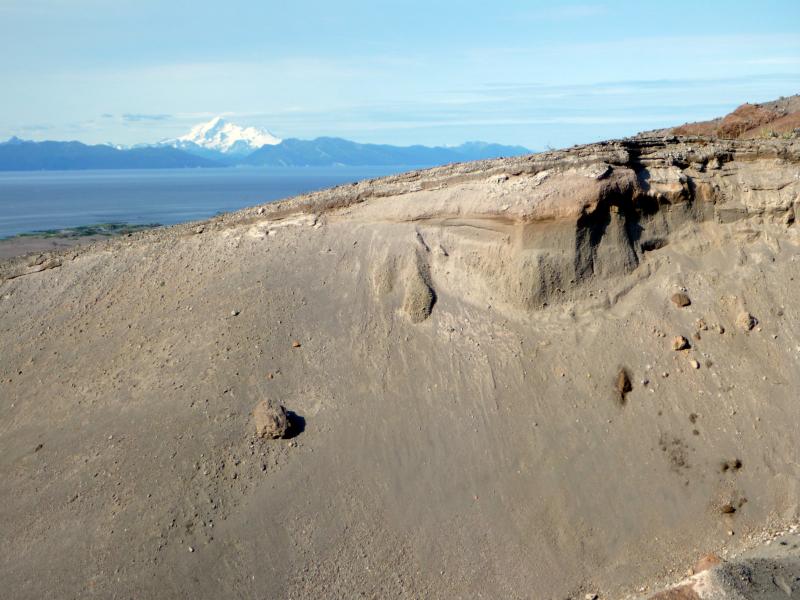 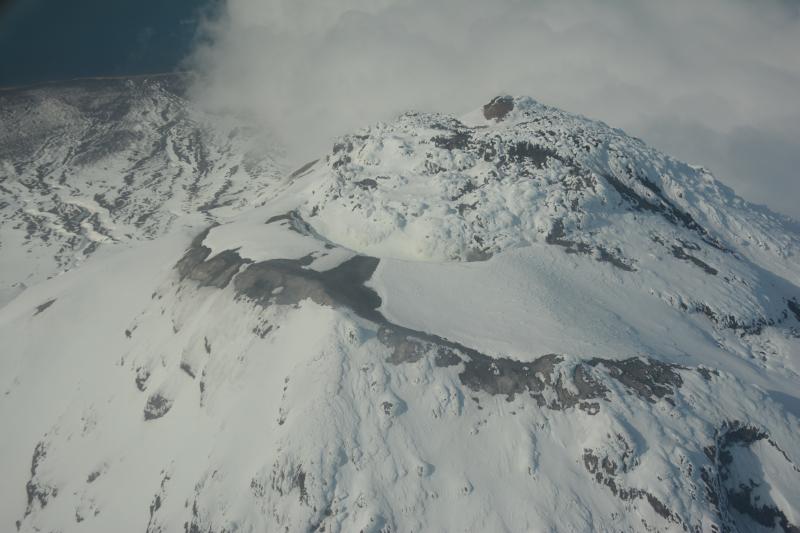 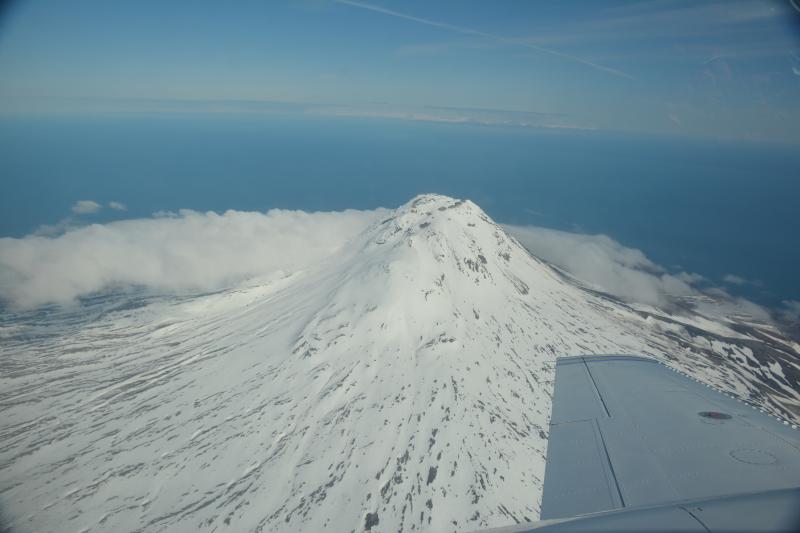 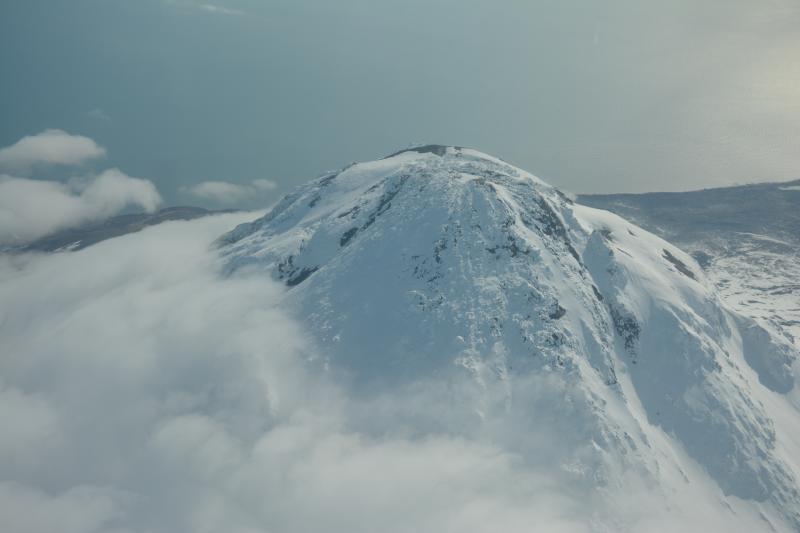 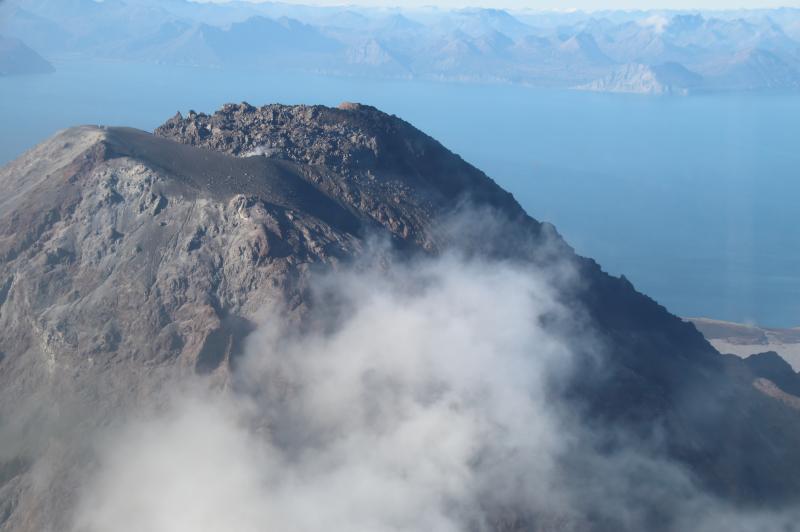 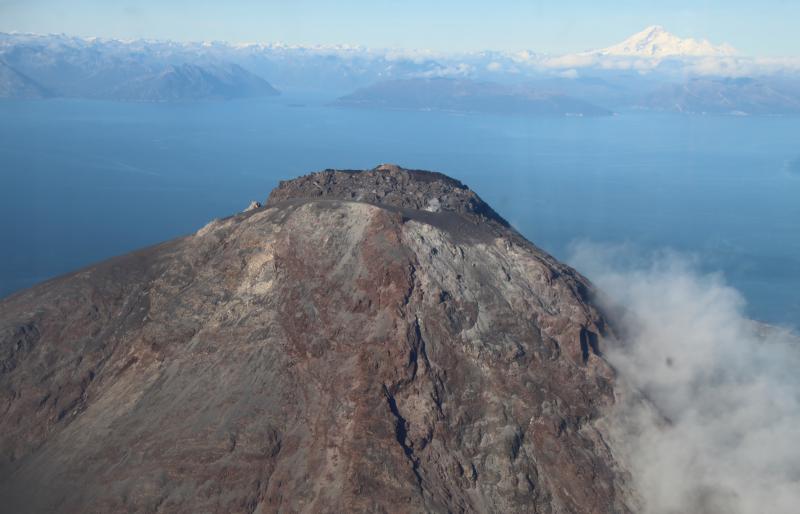 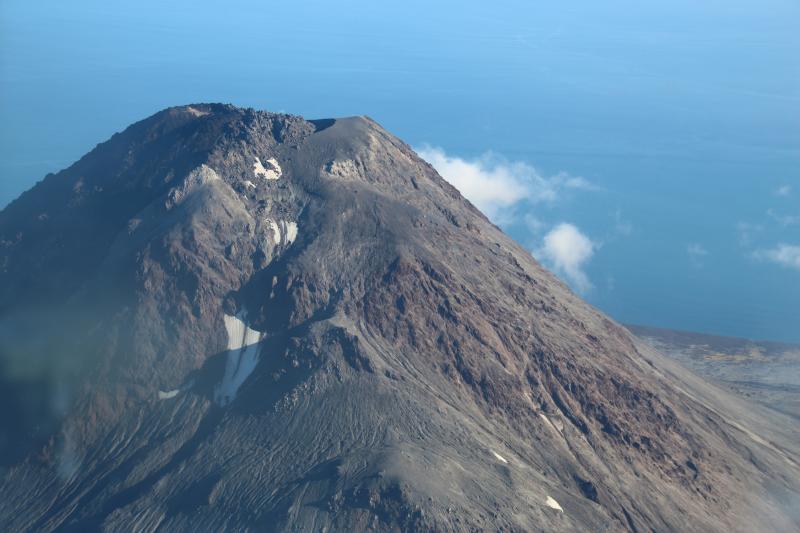 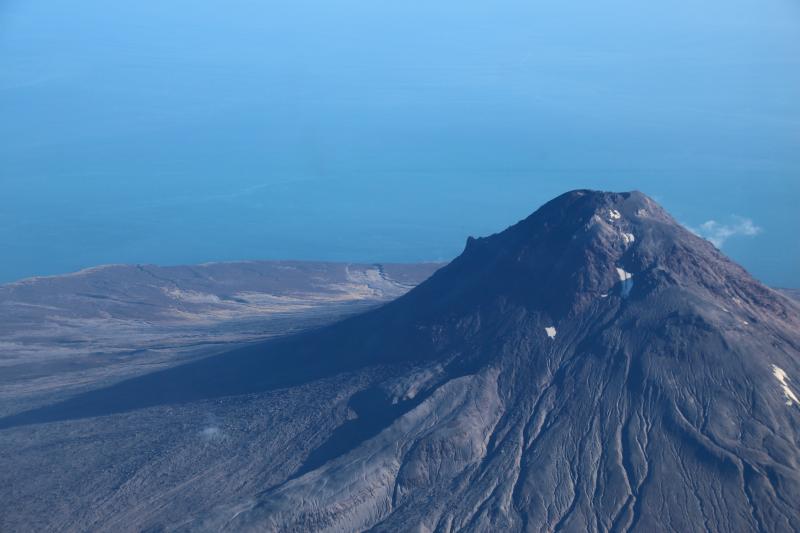 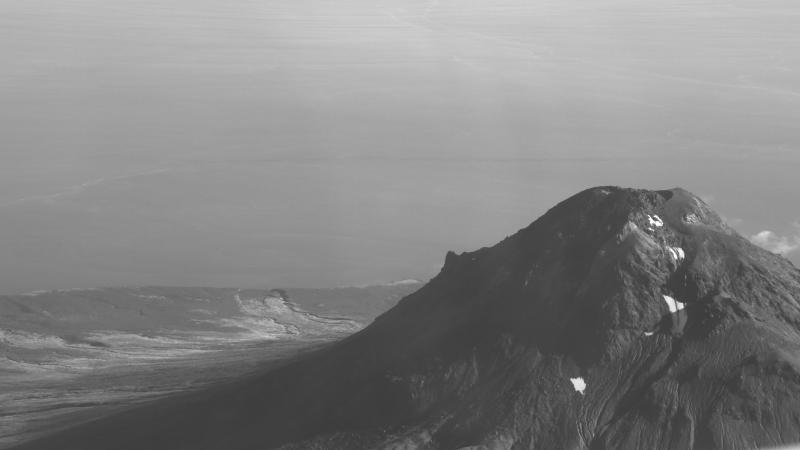 From Miller and others (1998) [1]: "Augustine Island, an 8 by 11 km island in lower Cook Inlet, is composed almost entirely of the deposits of Augustine Volcano. Jurassic and Cretaceous sedimentary strata form a bench on the south side of the island and are overlain by granitoid glacial erratics and volcanic hyaloclastites. The volcano consists of a central dome and lava flow complex, surrounded by pyroclastic debris. The irregular coastline of Augustine Island is due to the repeated catastrophic collapse of the summit dome, forming debris avalanches down the flanks and into Cook Inlet. At least 11 avalanches have occurred in the past 2000 years with an average recurrence interval of about 150-200 years [2] [3]. "Augustine lies within the area of uplift resulting from the 1964 Alaska earthquake; 30-33 cm of uplift was measured on the northwest side of the island [4]. A 25-meter-high, south-facing submarine scarp 3 km south of the island, of similar orientation to joint sets in sedimentary rocks of the Kamishak River area (on the Alaska Peninsula), is almost certainly of tectonic origin."
REFERENCES CITED
[1]
Catalog of the historically active volcanoes of Alaska, 1998 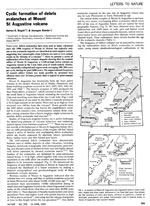 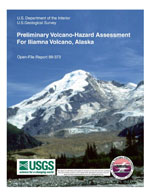 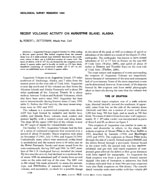