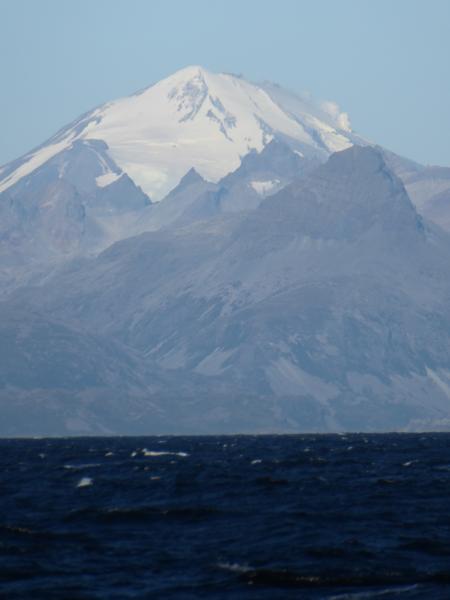 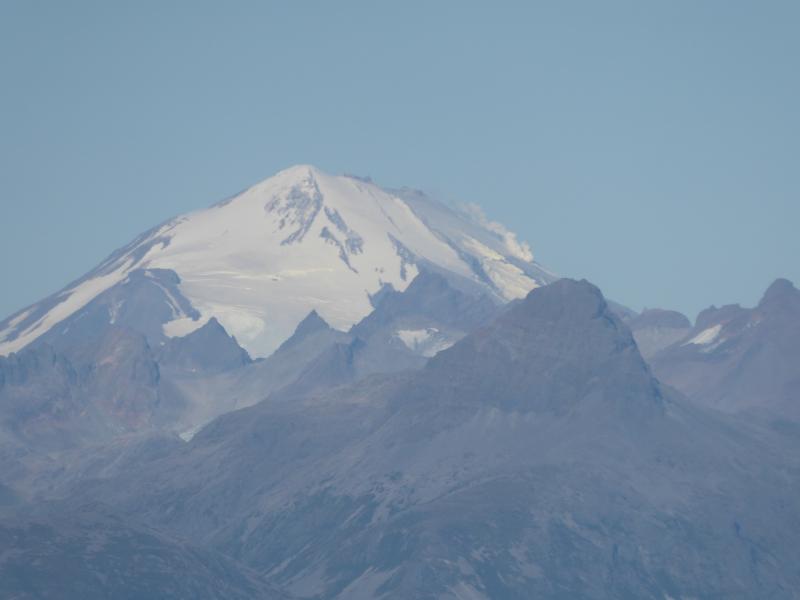 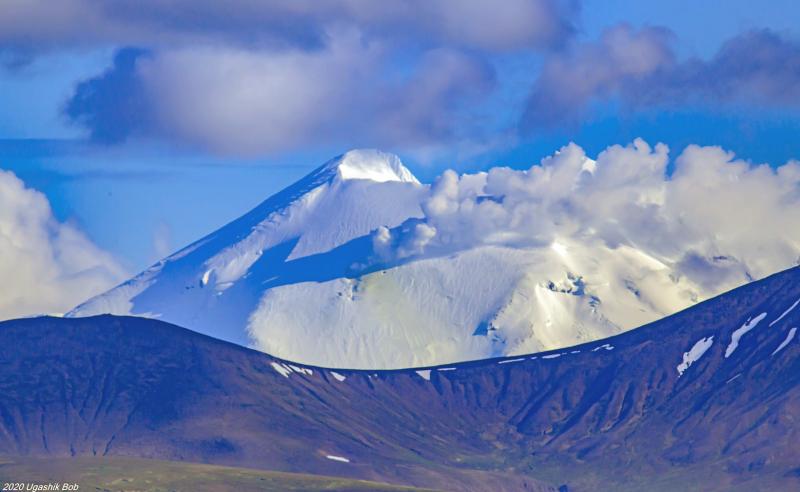 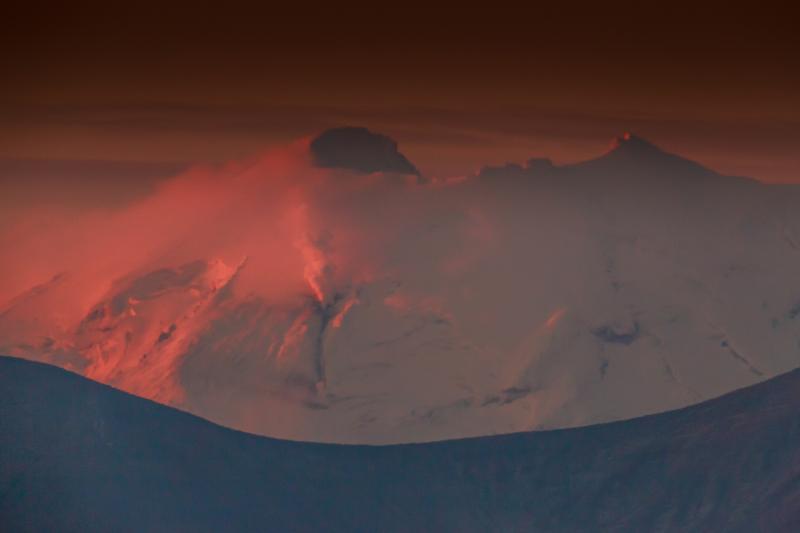 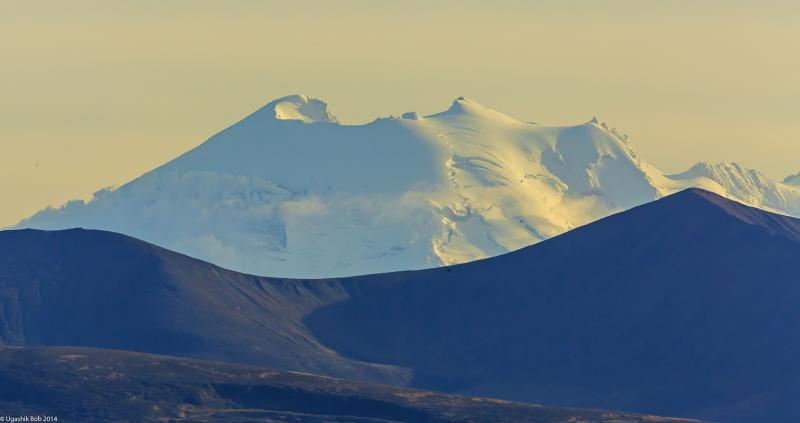 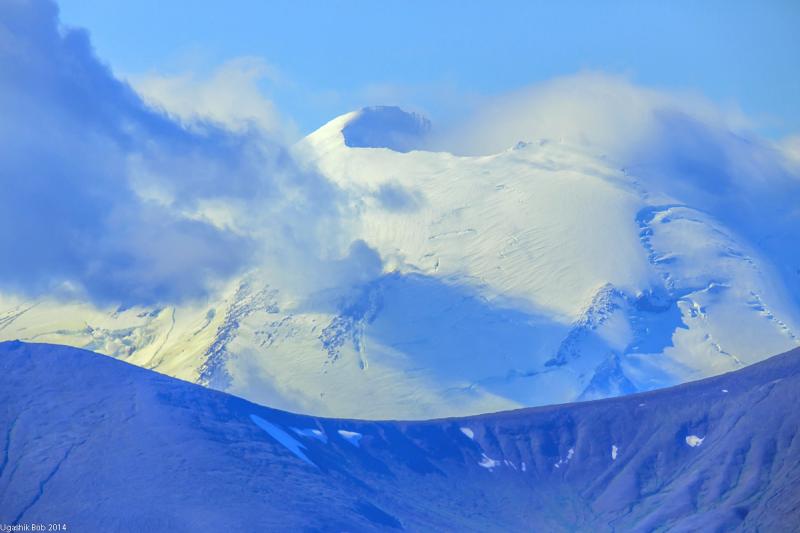 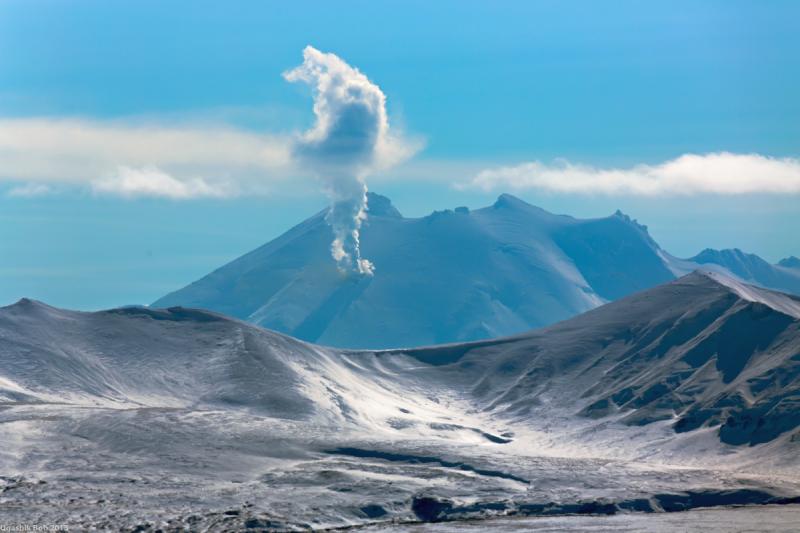 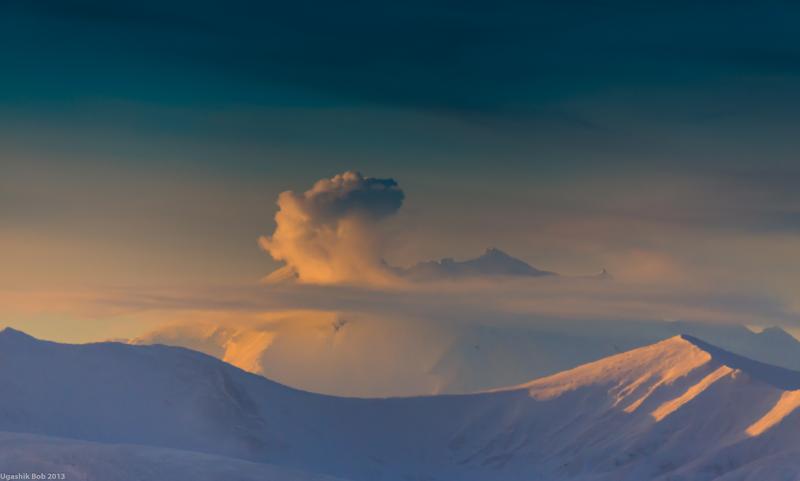 From Miller and others (1998) [1]: "Chiginagak volcano is a symmetric composite cone about 8 km in diameter built on late Tertiary volcanic rocks and Jurassic-Cretaceous sedimentary rocks and located on a southwest trending regional anticline [2]. A deep breach on the south flank on the volcano extends to a small summit crater and exposes widespread alteration of interbedded lava flows and breccias near the summit of the volcano. Snow and ice cover much of the uppermost 1000 m of the cone. "Monolithologic breccias (vb) low on the west side of the volcano represent at least two early periods of dome growth and collapse, separated by a period of lava extrusion. The undissected form of the cone is the result of the eruption of andesitic lava flows and pyroclastic rocks (vu) following the emplacement of the youngest breccias. Somewhat younger andesite and dacite flows occur on the west flank and basalt flows (some as young as Holocene) occur on the eastern flank of the volcano. Satellitic dacite (?) domes of Holocene age occur high on the east and west flanks, the most recently active of which is the eastern dome which was the source of thin pyroclastic or epiclastic deposits (ba) that overlie nonglaciated basaltic lava flows."
REFERENCES CITED
[1]
Catalog of the historically active volcanoes of Alaska, 1998