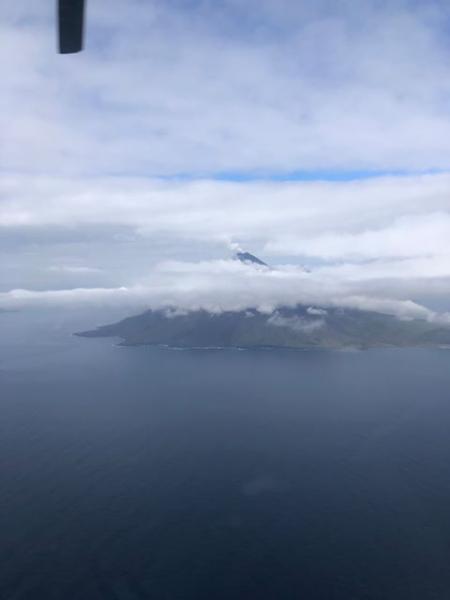 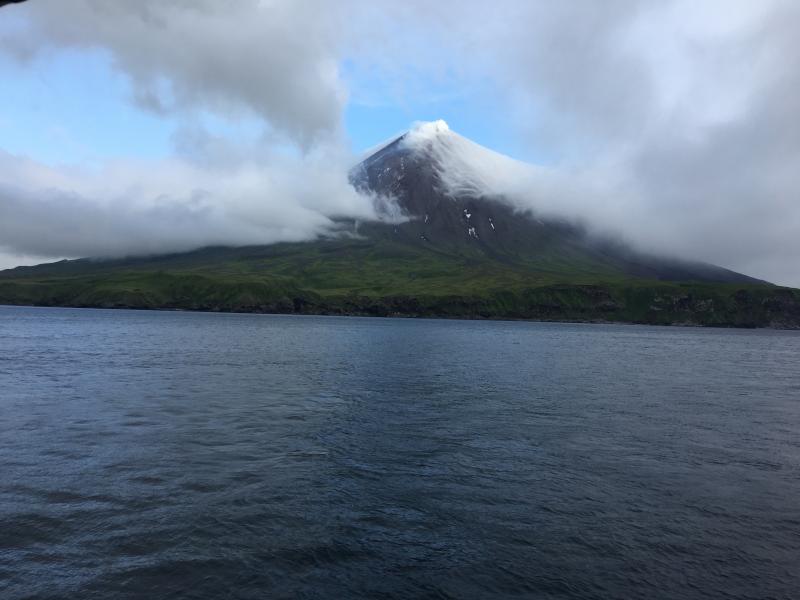 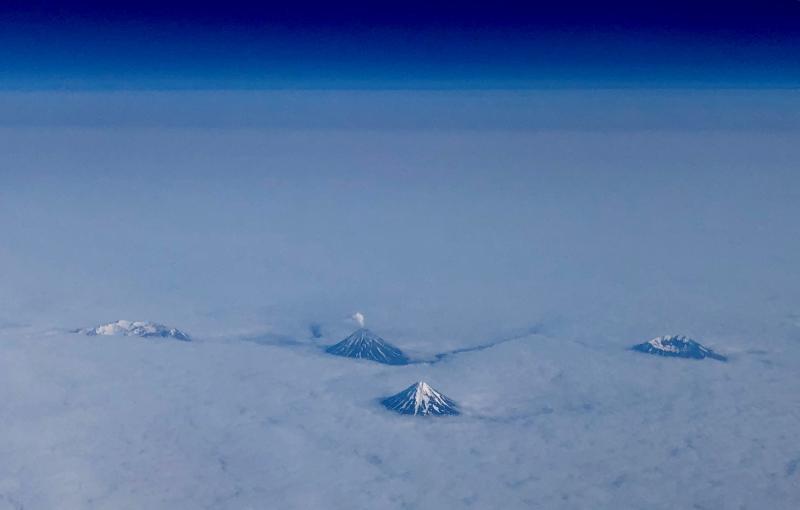 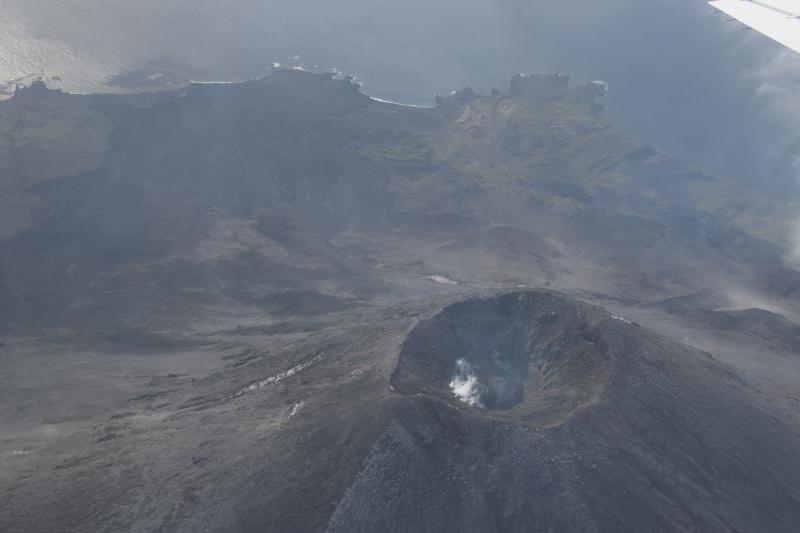 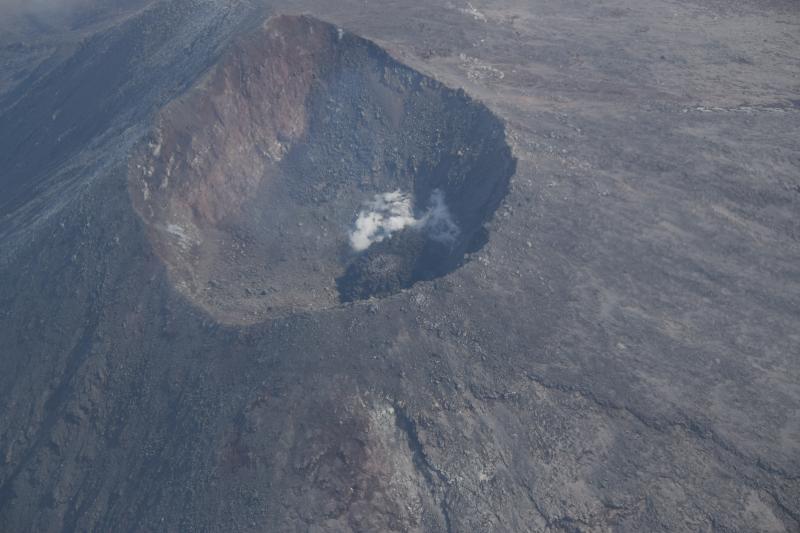 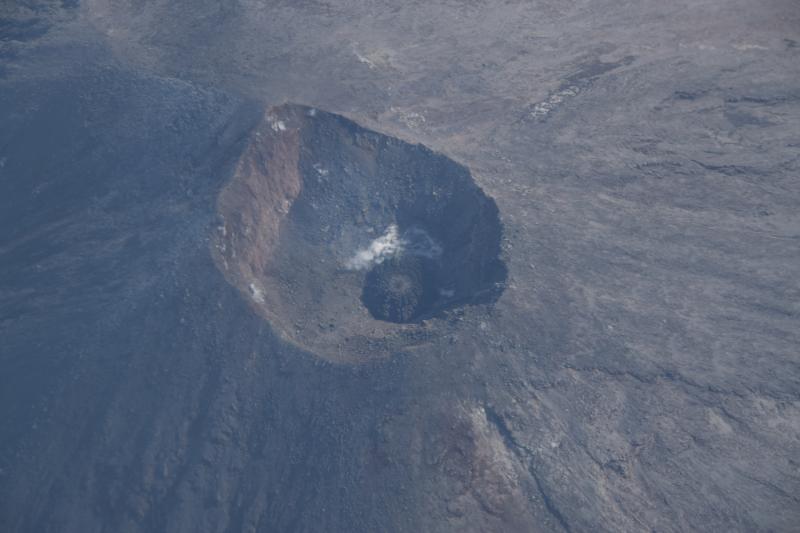 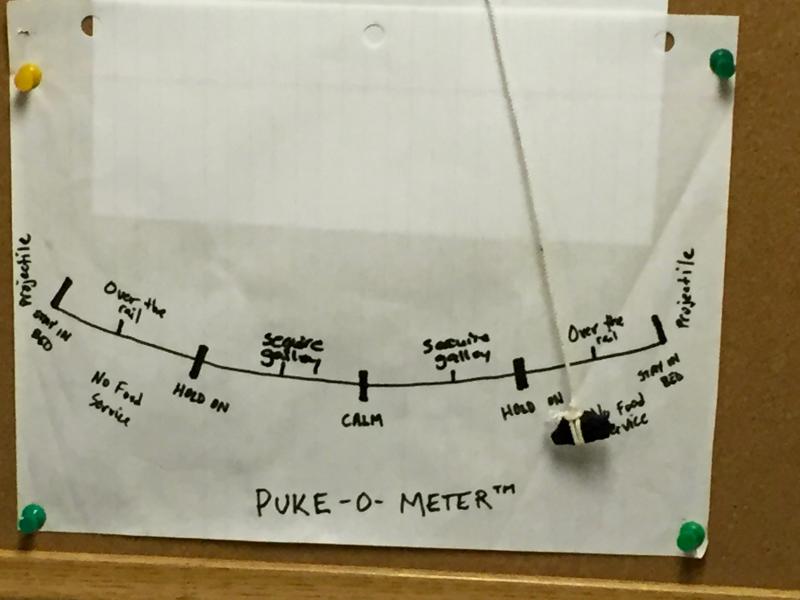 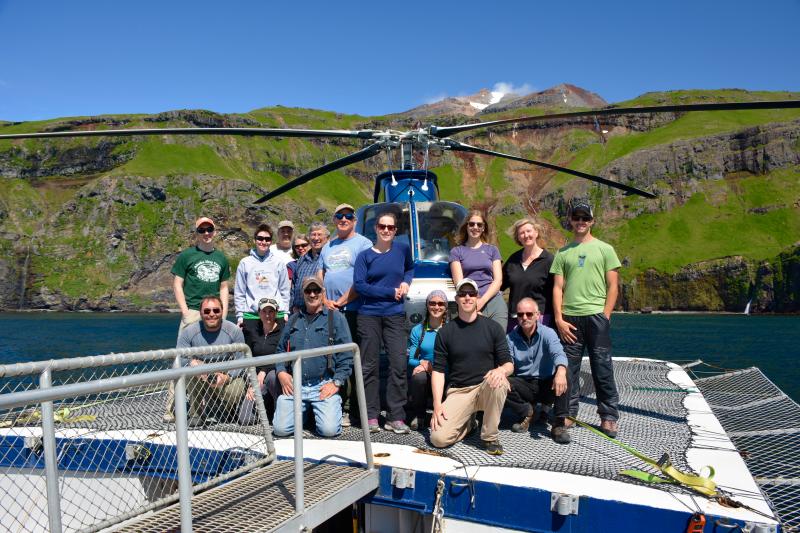 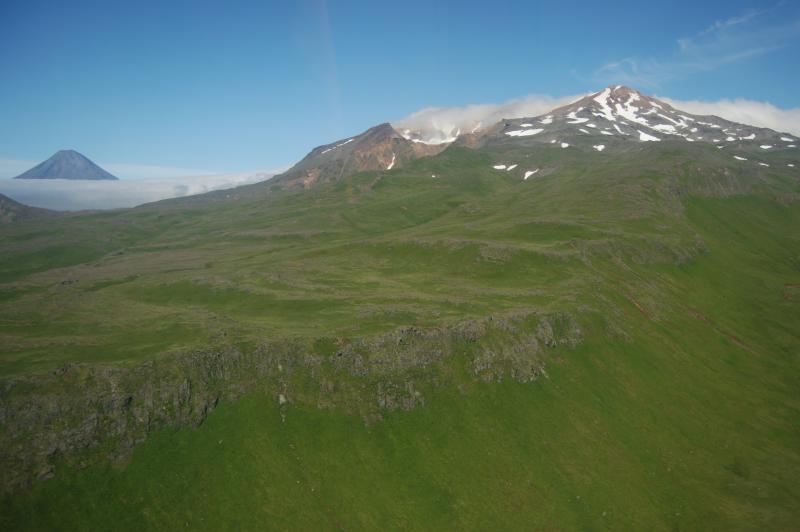 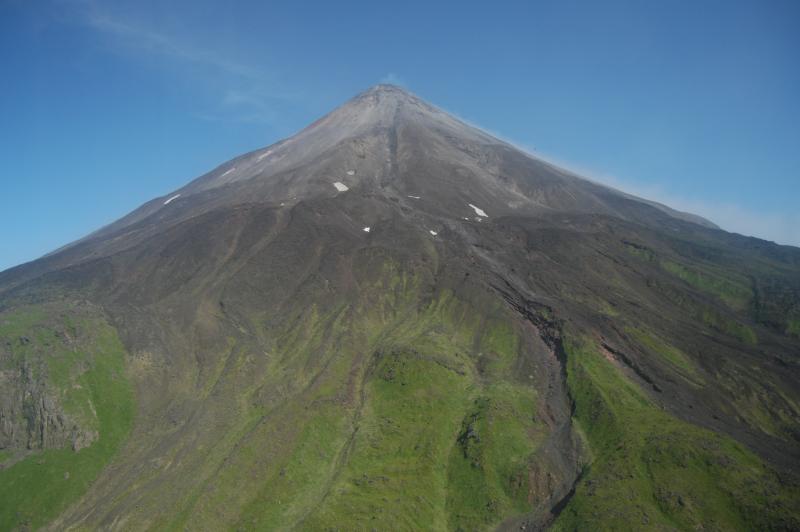 From Miller and others (1998) [1]: "Mt. Cleveland is a stratovolcano that comprises the entire western half of Chuginadak Island, 40 km west of Umnak. Distinctively conical and symmetrical in form, Cleveland is about 8.5 km in diameter and is joined to the rugged, though lower, eastern half of the island by a low, narrow strip of land. Sekora (1973) [2] reports that this strip is dotted with "lava flow, cinder, and ash patches, and conical hills." "Although it is the tallest member of the Four Mountains group, Mt. Cleveland is reported to lose snow more rapidly than neighboring peaks presumably from anomalous heat generation (Sekora, 1973 [2], p. 27). Hot springs were noted at the base of a volcano on Chuginadak Island in the 1800's [3]. "Like many other Aleutian volcanoes, the lower flanks of Mt. Cleveland up to about the 300 m elevation are more irregular and dissected than the upper flanks. The cones on the eastern half of Chuginadak Island are dissected by broad valleys presumably eroded in part by glaciers; in contrast, the upper cone of Mt. Cleveland is virtually undissected."
REFERENCES CITED
[1]
Catalog of the historically active volcanoes of Alaska, 1998