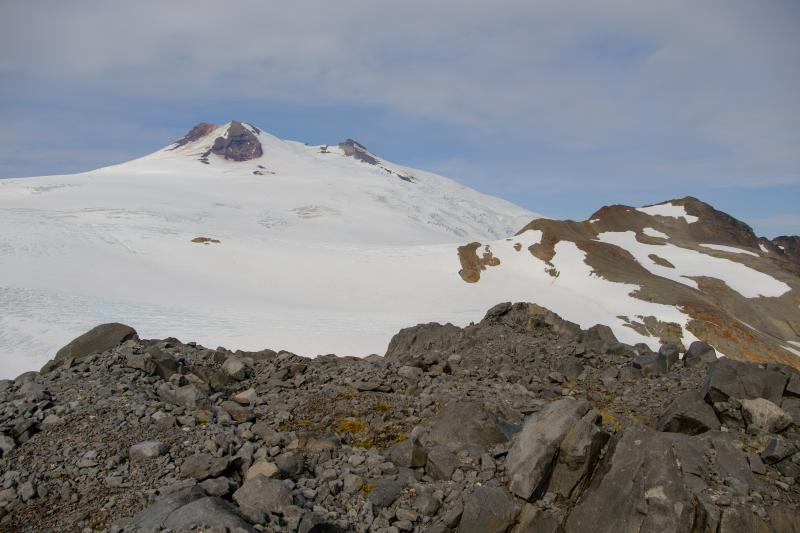 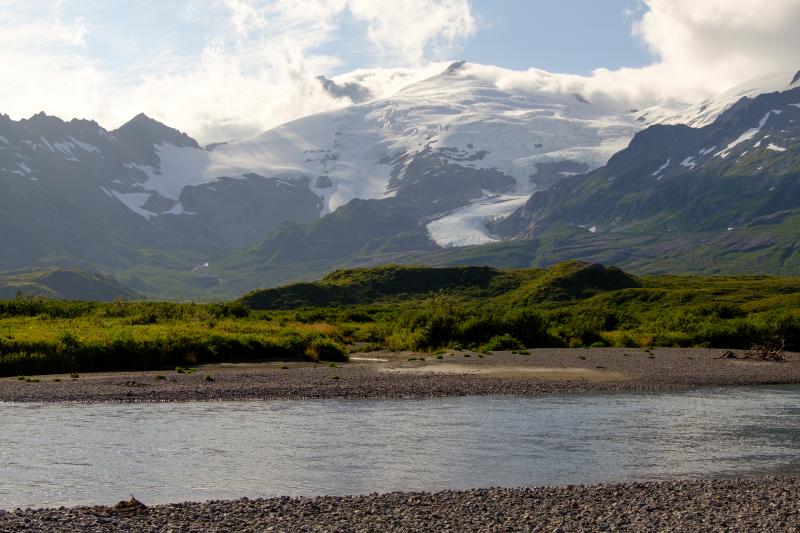 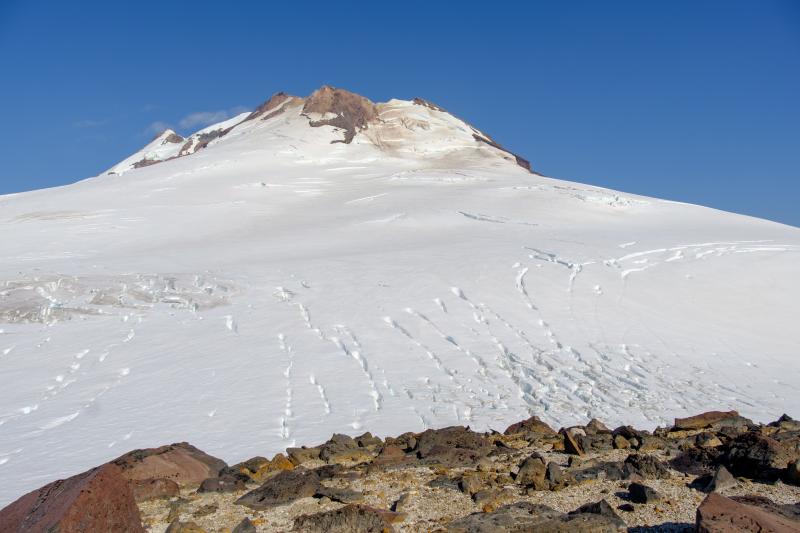 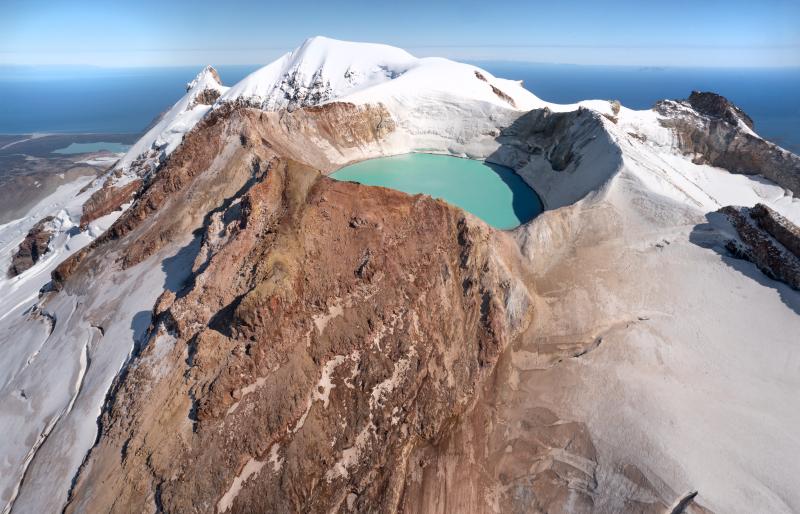 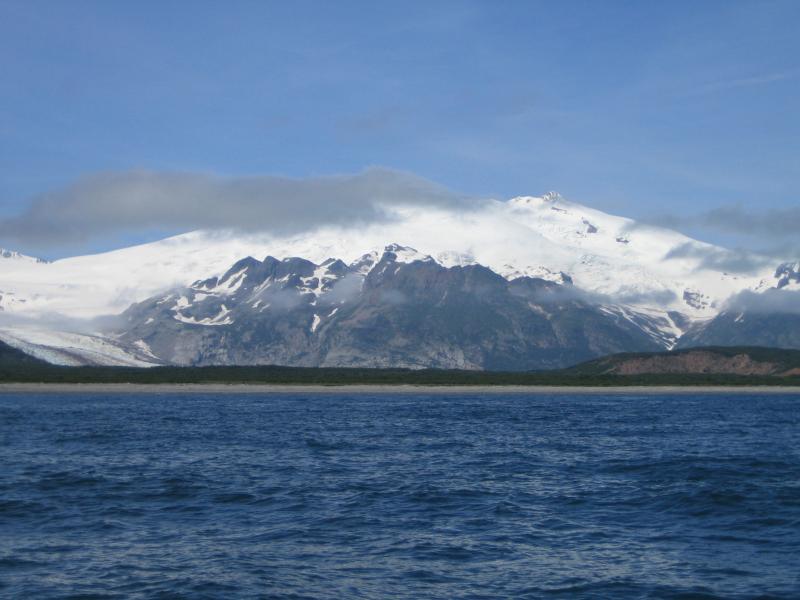 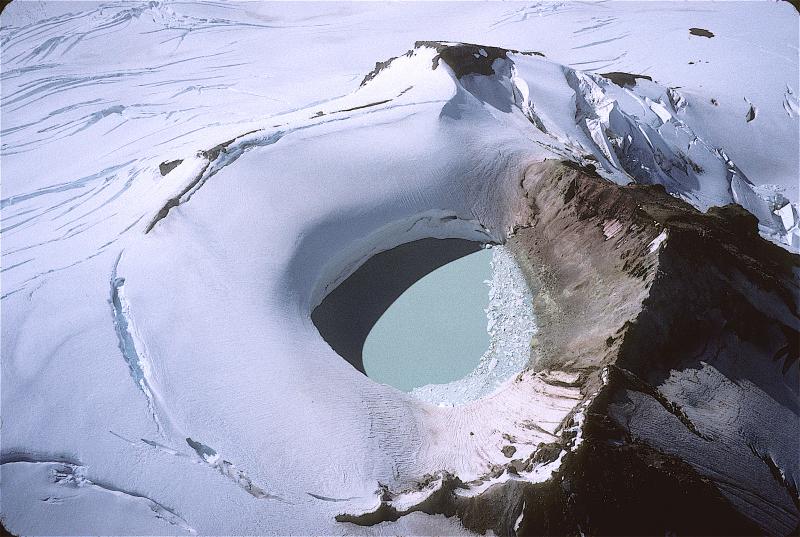 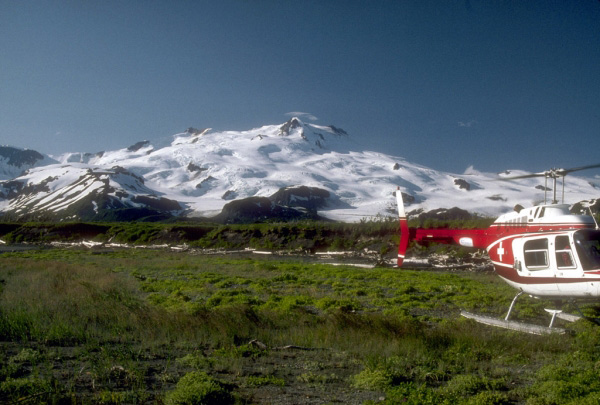 From Wood and Kienle (1990) [1]: "Mount Douglas is a dissected stratovolcano covered by ice of the Spotted Glacier. The summit of the volcano is marked by a crater with a small (160 m wide) crater lake. An active fumarole field on the north side of the crater keeps the area free of ice. A black scum floating on the lake in 1980 was probably sulfide minerals of some sort (consistent with a lake temperature of 25 degrees C and a pH of 1 measured in 1982). "Much of the volcano has been subjected to glacial erosion, but a ramp of lava flows on the northwest flank is relatively uneroded. Most of the volcano is ice-covered, but isolated outcrops of lava flows (high-silica andesite) are found within the ice. Reconnaissance geologic surveys suggest that the lavas extend to elevations lower than glacier's, but this has not been confirmed on the ground. "No historic activity has been reported for Mount Douglas; however, the presence of unglaciated lava flows and the active fumaroles indicate recent activity."
REFERENCES CITED
[1]
Volcanoes of North America: United States and Canada, 1990
Wood, C. A., and Kienle, Juergen, (eds.), 1990, Volcanoes of North America: United States and Canada: New York, Cambridge University Press, 354 p.
Contact AVO Privacy Accessibility Information Quality FOIA
URL: www.avo.alaska.edu/volcanoes/volcinfo.php
Page modified: September 29, 2020 12:19
Contact Information: AVO Web Team