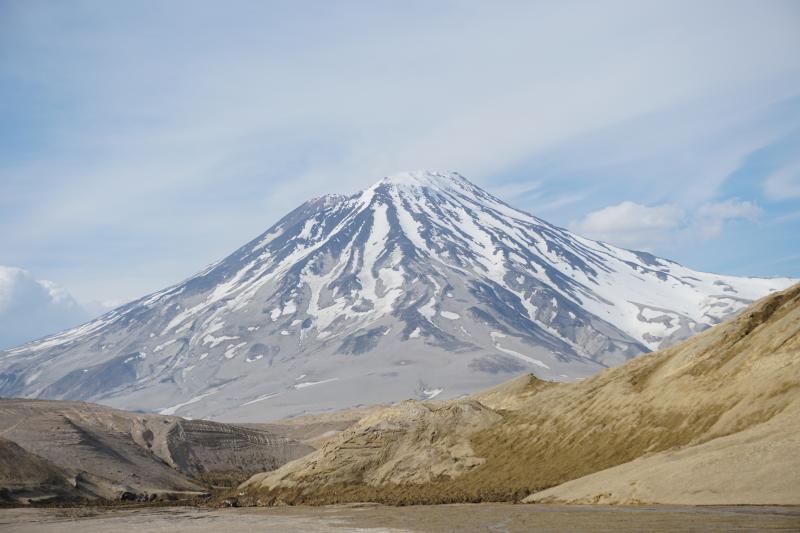 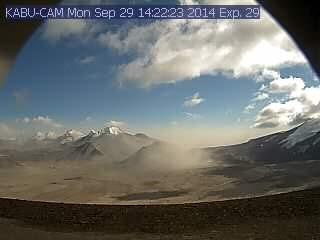 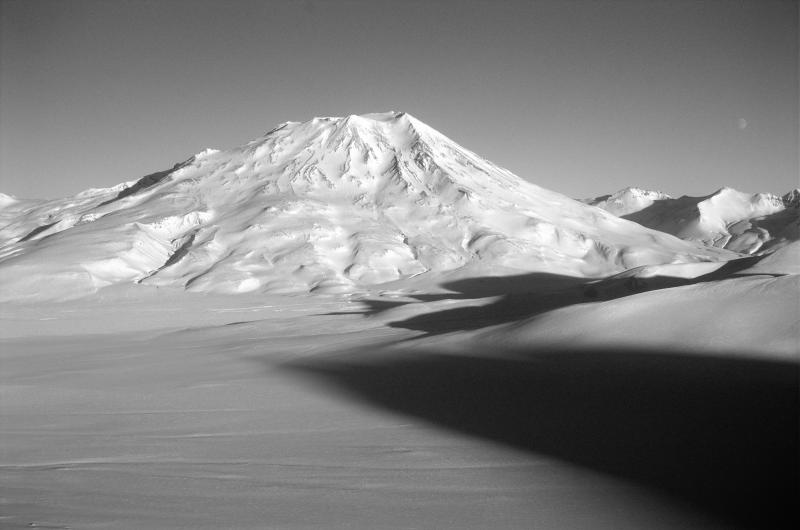 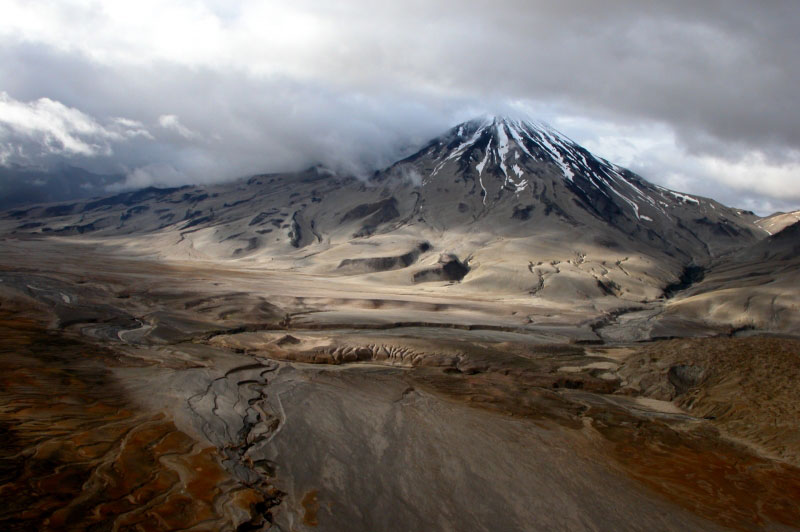 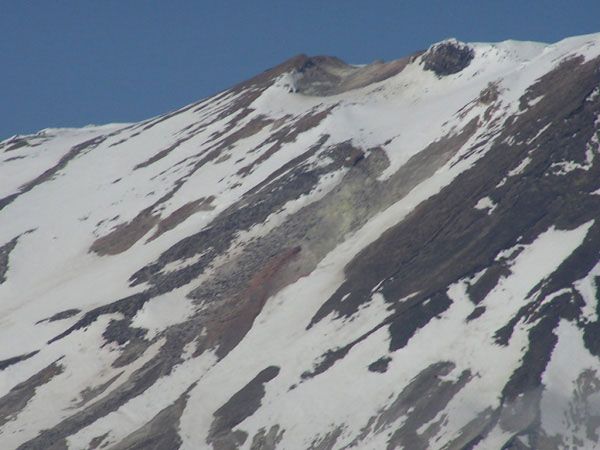 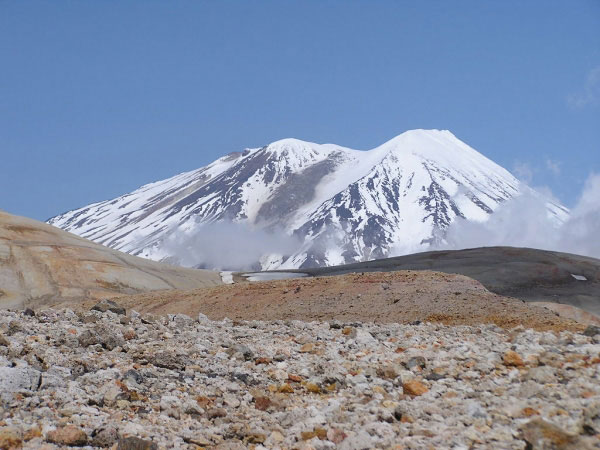 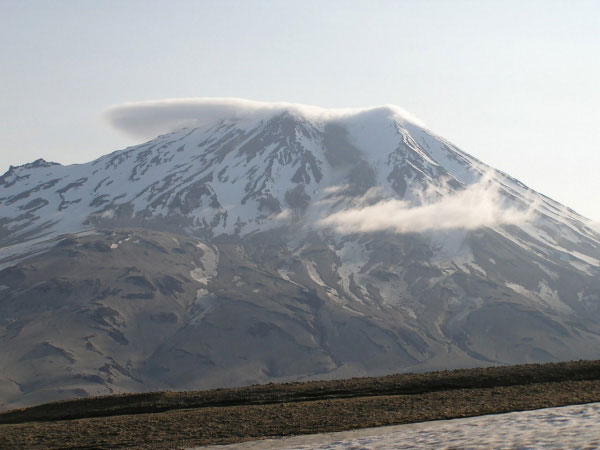 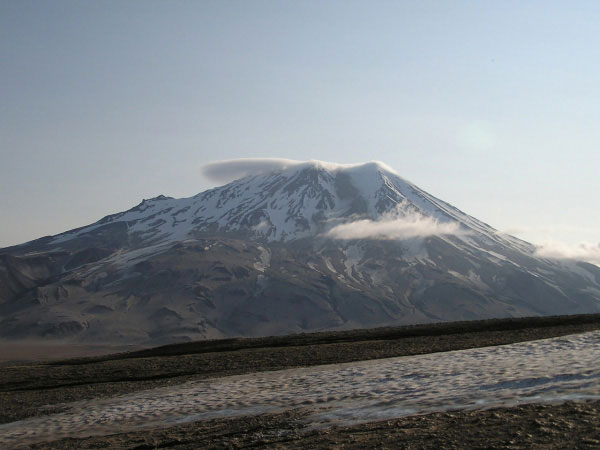 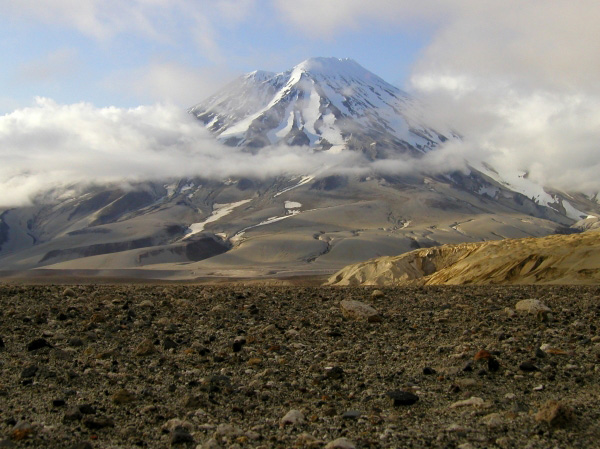 From Wood and Kienle (1990) [1]: "A spectacular, little-dissected cone, Mount Griggs towers 1,700 m above the north margin of the Valley of Ten Thousand Smokes, its summit only 10 km north of Novarupta. Uniquely among the stratovolcanoes of the Katmai district, it lies 10 km behind (northwest of) the remarkably linear (N66E-trending) volcanic front defined by Martin, Mageik, Trident, Katmai, and Snowy Mountain centers. "Griggs's truncated summit is an expression of 3 concentric craters, the outermost of which is 1.5 km wide, breached to the southwest, and filled by a semi-annulus of ice wrapped around a young central cone containing the nested inner craters. The main outer crater probably originated by early Holocene collapse, and formation of a 1-cubic km-scale debris avalanche, remnants of which survive on the lower west-southwest flank and across the valley on Broken Mountain. Much of the amphitheater was subsequently filled by the nested inner cone. Outer slopes of the main and inner cones expose a few scoria flows and local scoria falls but principally consist of complexes of the thin brecciated lava tongues, overlapping and bifurcating in the manner so characteristic of summit-fed andesites on steep slopes. The total volume of Mount Griggs is ~25 cubic km. "Griggs's products are chiefly olivine-pyroxene andesites; 27 samples range continuously from 54.5 to 63.5% SiO2. They are consistently more potassic than products of the other Katmai cluster volcanoes, their K2O contents being 1.3-1.4% at 57.5% SiO2 and 1.7-1.9% at 60%. Isotopic data also suggest a source mixture and plumbing system independent of the other nearby centers. "Numerous SO2-rich fumarolic jets occur between 1,940-m and 2,180-m elevation atop the inner cone and along a steep chute on its upper southwest slope. Orifice temperatures (measured by Dave Johnston in 1978-9) range from 96 degrees to 108 degrees C, and their condensates have pH ~1. Each orifice is constructing its own mound of sulfur sublimate. Downhill fumaroles are hottest and loudest, their roar commonly audible from the valley floor."
REFERENCES CITED
[1]
Volcanoes of North America: United States and Canada, 1990
Wood, C. A., and Kienle, Juergen, (eds.), 1990, Volcanoes of North America: United States and Canada: New York, Cambridge University Press, 354 p.
Contact AVO Privacy Accessibility Information Quality FOIA
URL: www.avo.alaska.edu/volcanoes/volcinfo.php
Page modified: September 29, 2020 12:19
Contact Information: AVO Web Team