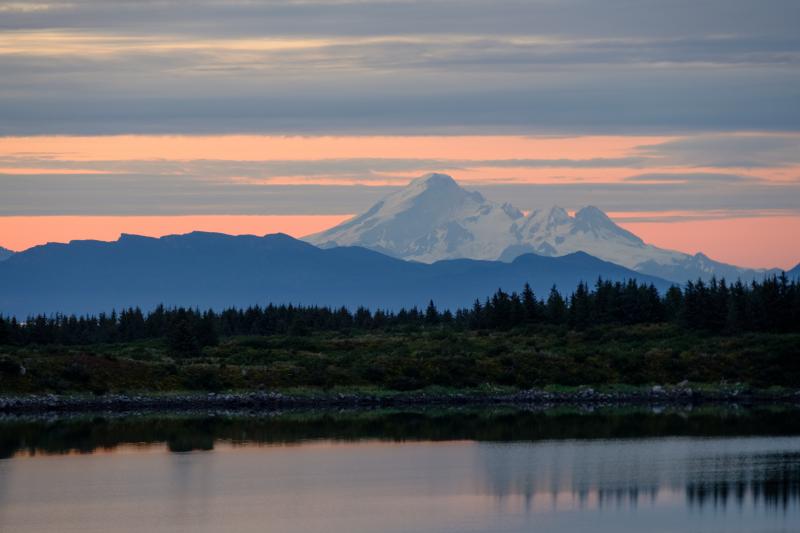 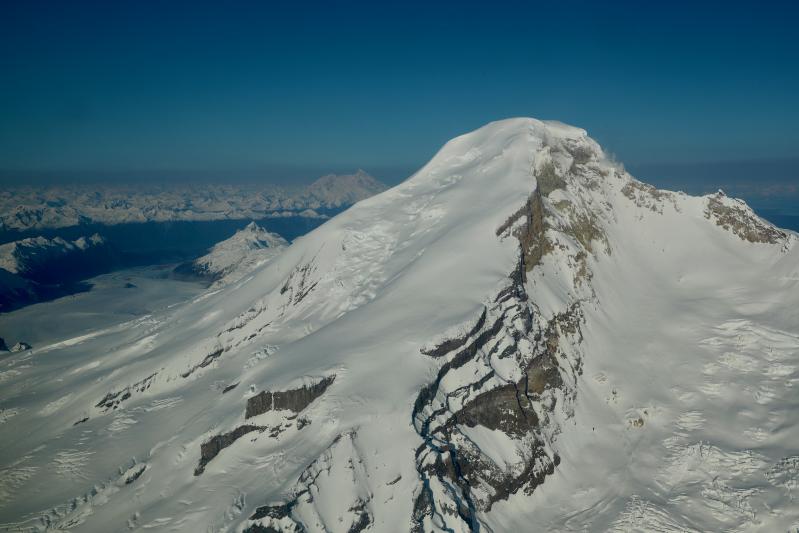 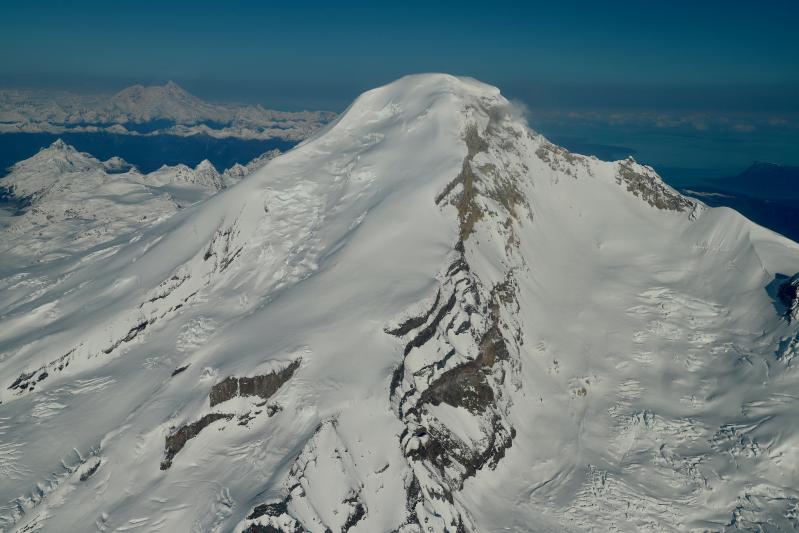 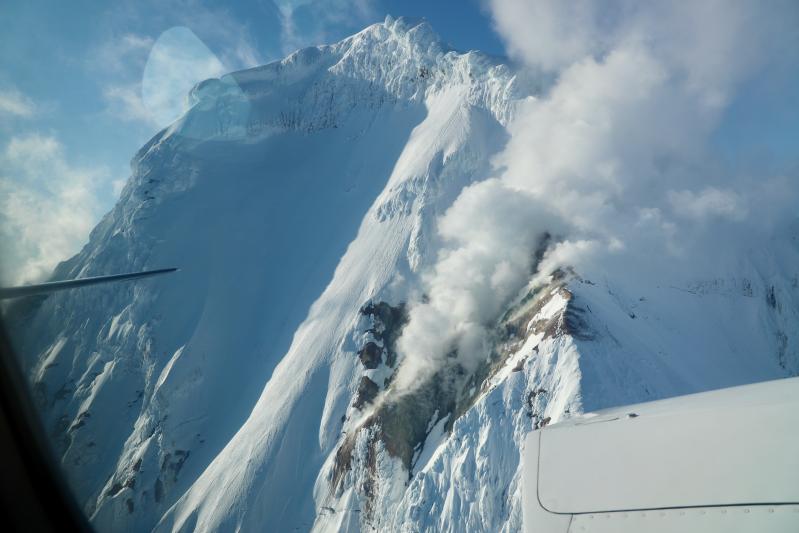 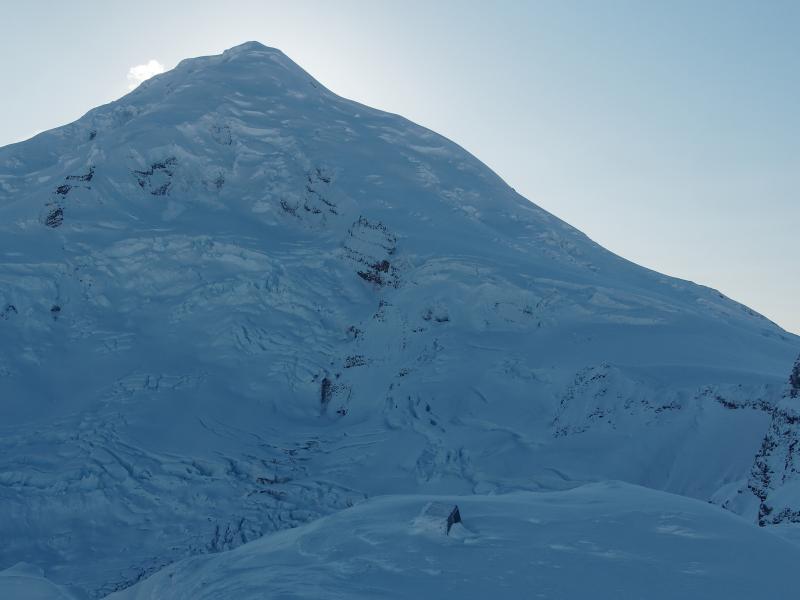 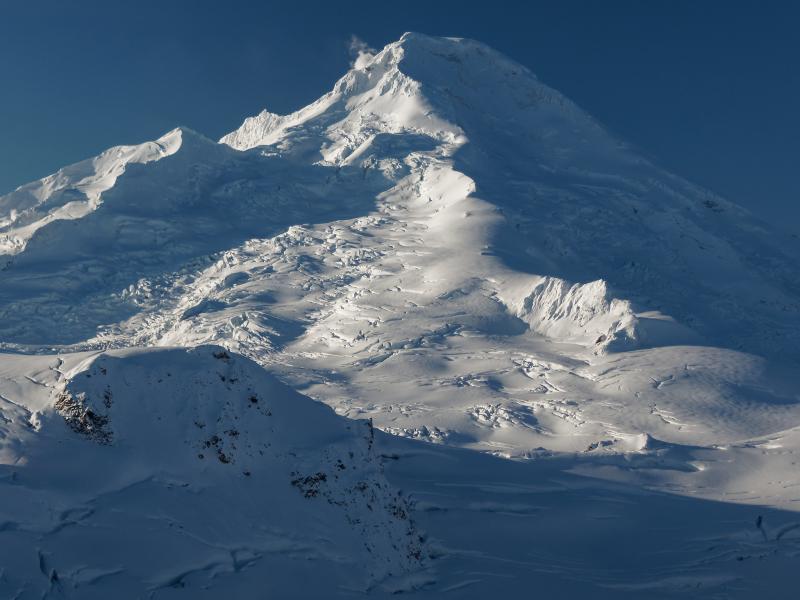 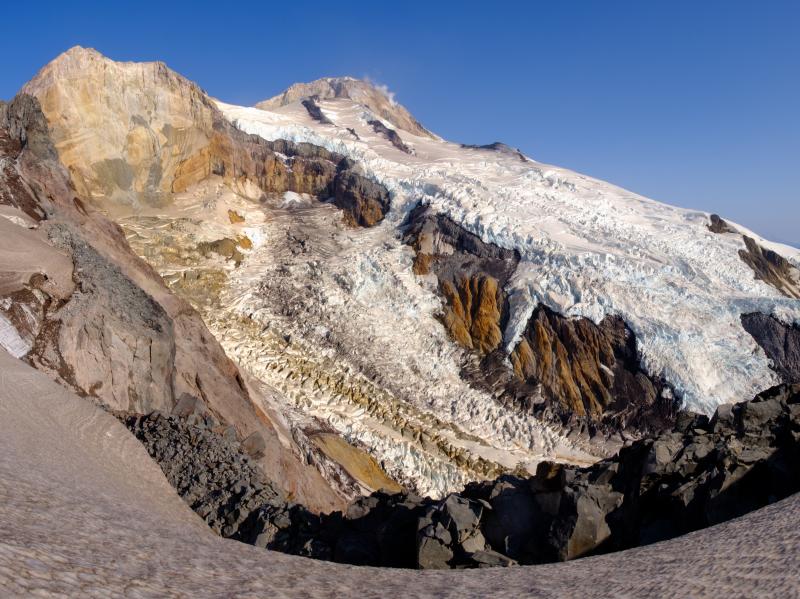 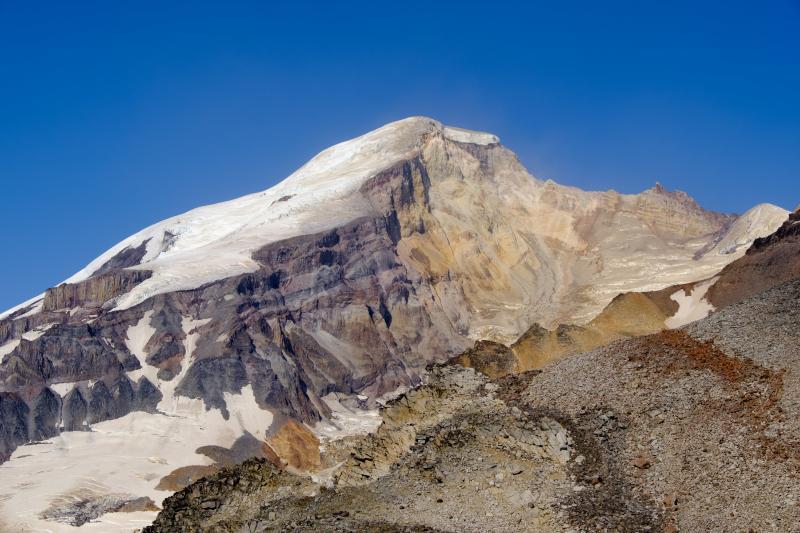 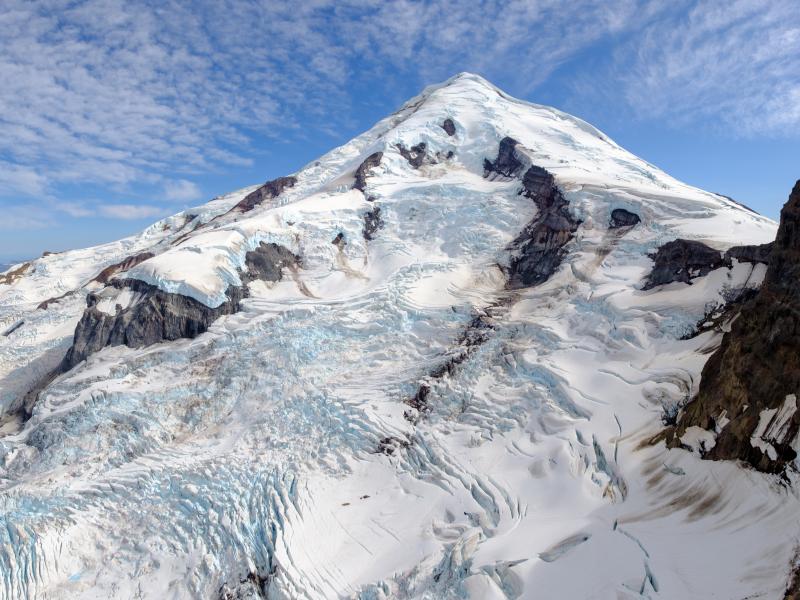 From Miller and others (1998) [1]: "Iliamna volcano is a broad, deeply dissected and highly altered, roughly cone-shaped mountain at the north end of a 5-km-long ridge trending N10W. Most of the volcano is covered by perennial snow and ice and numerous glaciers radiate from the summit area. Large avalanche deposits occur on the flanks of the volcano, particularly down the Umbrella Glacier on the southwest side of the volcano. "The volcano is a typical composite stratovolcano composed of interbedded andesite lava flows and pyroclastic rocks. Steep, inaccessible 600-m-high headwalls along the southern and eastern flanks extend nearly to the summit exposing a cross section of the volcanic stratigraphy. "Iliamna is built on a basement of Jurassic granitic rocks of the Aleutian Range batholith [2] that are juxtaposed against older, Lower Jurassic lava flows and pyroclastic rocks by the Bruin Bay fault, which lies several kilometers east of the summit."
REFERENCES CITED
[1]
Catalog of the historically active volcanoes of Alaska, 1998 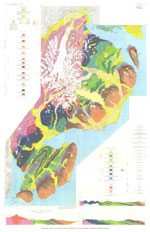