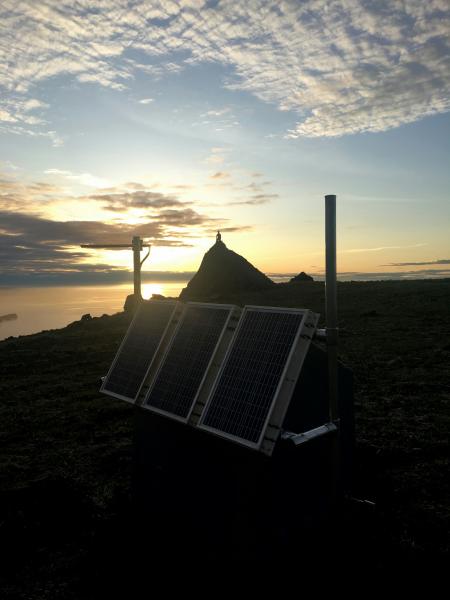 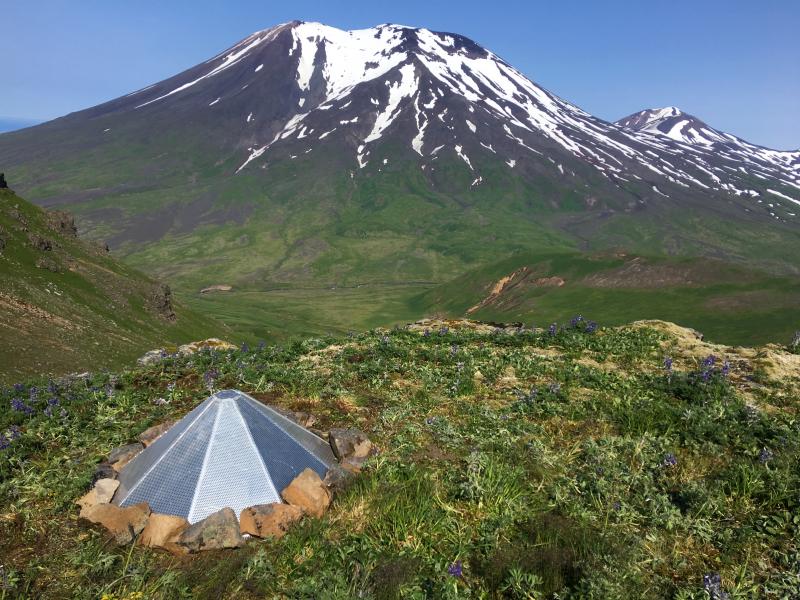 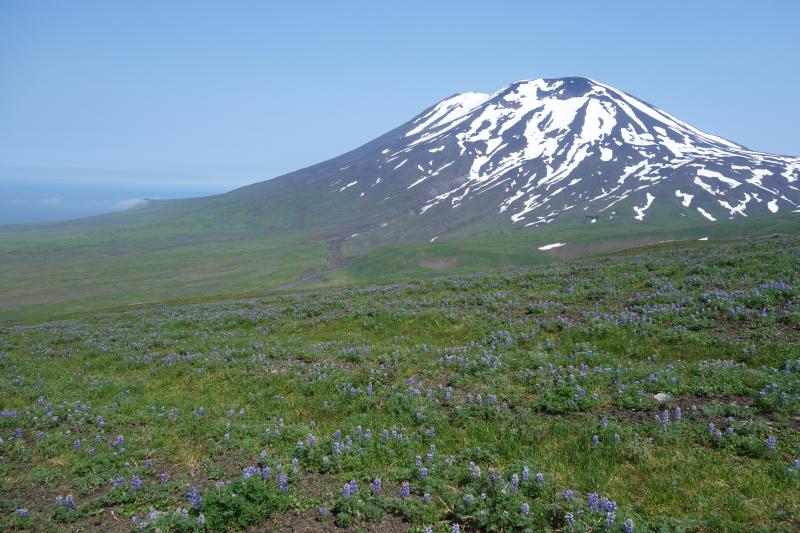 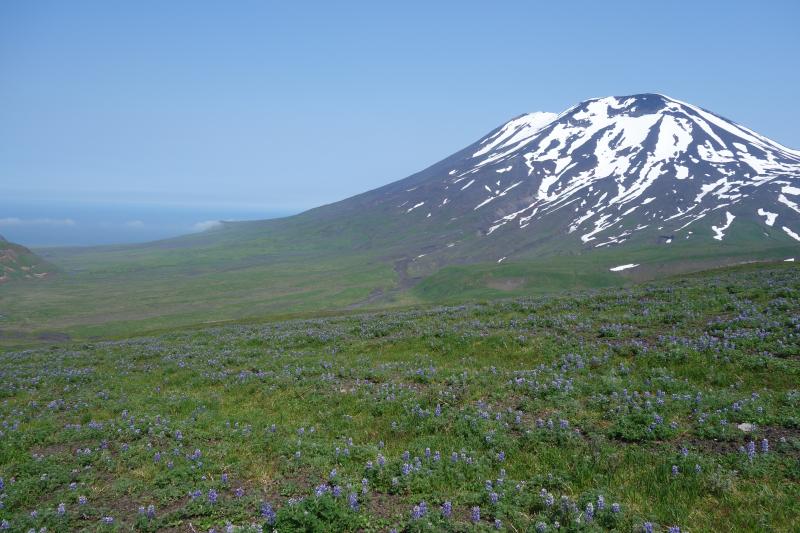 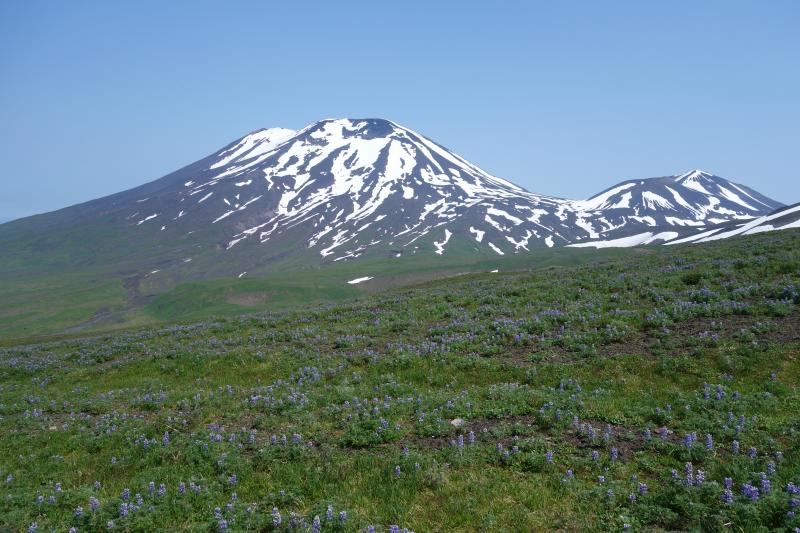 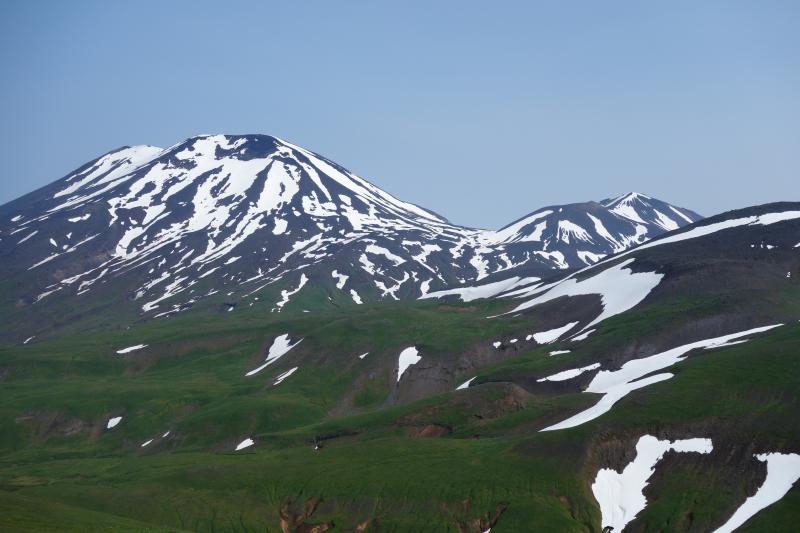 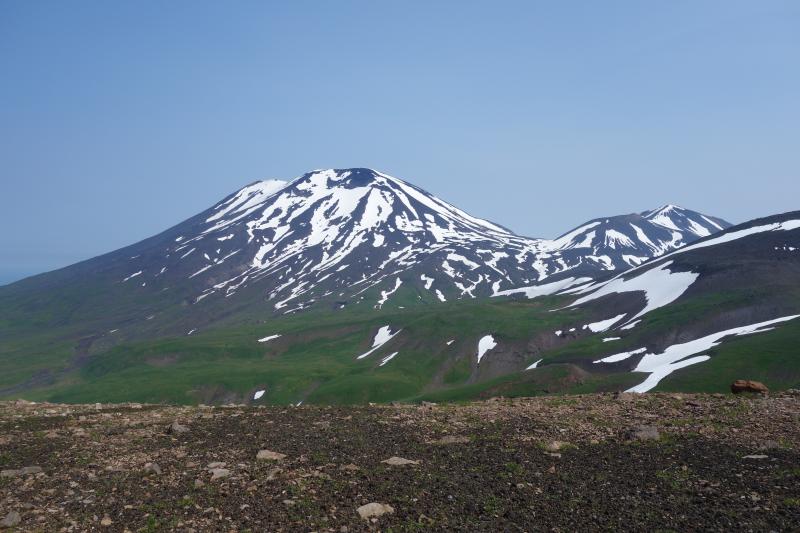 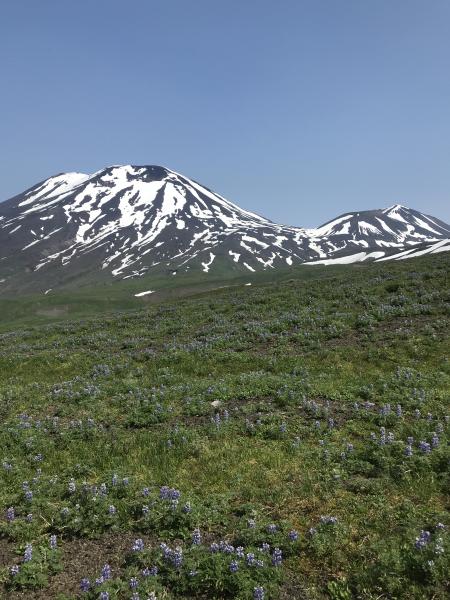 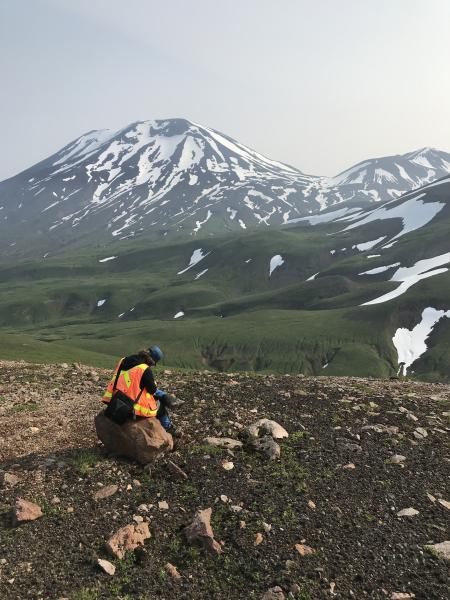 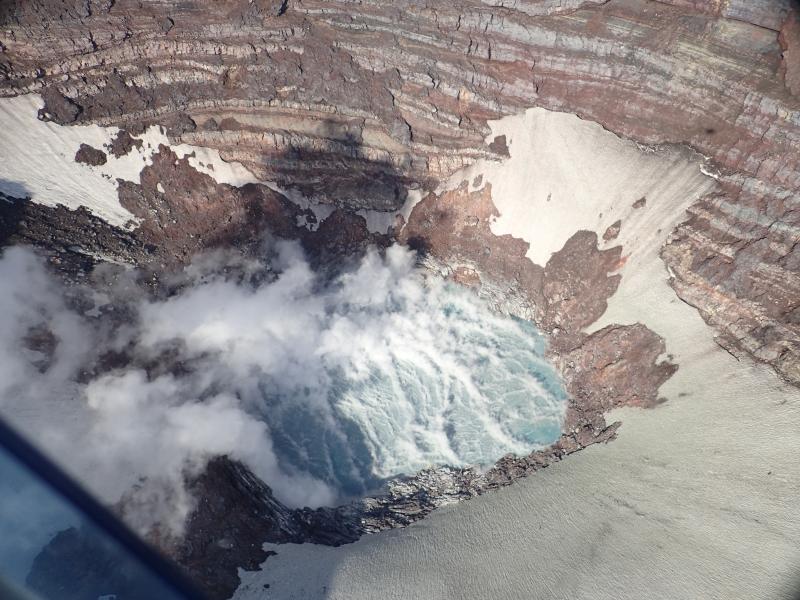 From Miller and others (1998) [1]: "The active volcano front runs through northern Atka Island which has been geologically mapped on a reconnaissance scale by Marsh (1990, in Wood and Kienle, 1990 [2]) who described the overall structure of the volcanic center as that of a broad central shield upon which a large stratocone (Atka volcano) had been built. This cone was destroyed during caldera formation about 300,000 to 500,000 years ago. Korovin, neighboring Kliuchef, and probably Konia are products of the latest stage of volcanic activity on the island, which began perhaps 100,000 years ago based on the degree of dissection (B. Marsh, written commun., 1982). "Korovin volcano is a stratovolcano, 1533 m high and almost 7 km in basal diameter, having two summit vents 0.6 km apart. The northwestern summit vent is a symmetric cone with a small crater. The southeastern summit vent is on the remnant of a cone with a steep-walled crater, about 1 km wide at the rim and at least several hundred meters deep. Intercalated lava flows and pyroclastic rocks comprise the upper part of the crater wall, but the bottom one hundred meters or so are nearly vertical and apparently consist entirely of lava flows. A turquoise green lake fills the lower part of the crater; the color suggests the occurrence of solfataric activity [3]. "The west side of Sarichef and east flank of Konia are extensively dissected; Konia has a relatively fresh cinder cone on its west flank. Sarichef is most likely a satellite vent of the earlier Atka volcano as is Kliuchef which is located on the northern rim of the Atka caldera. Korovin and Kliuchef are virtually undissected and are thus apparently of post-glacial age. Hot springs and fumaroles occur on the south and west flanks of Mt. Kliuchef and near the head of a glacial valley 6 km southwest of Korovin volcano [4]."
REFERENCES CITED
[1]
Catalog of the historically active volcanoes of Alaska, 1998 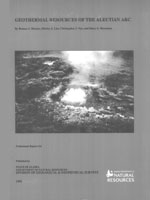