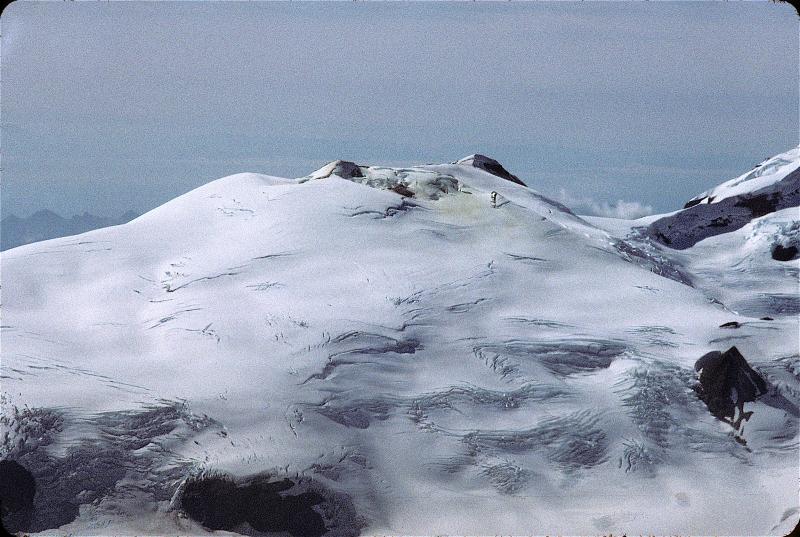 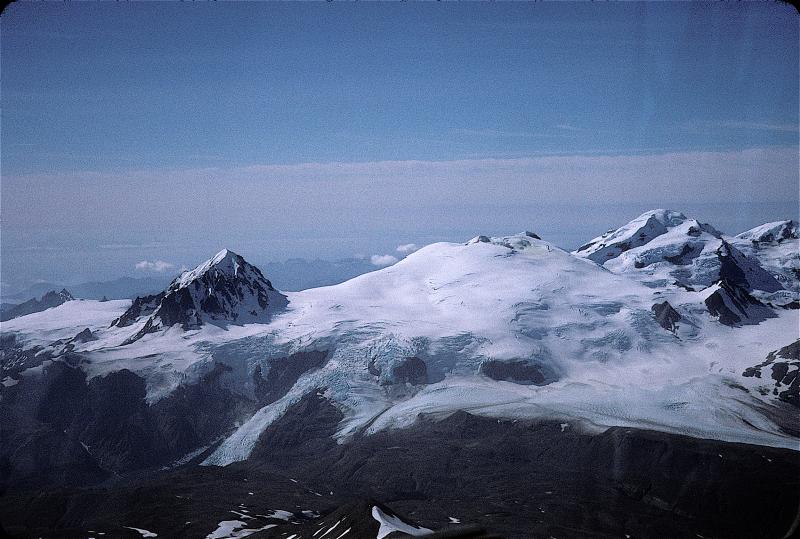 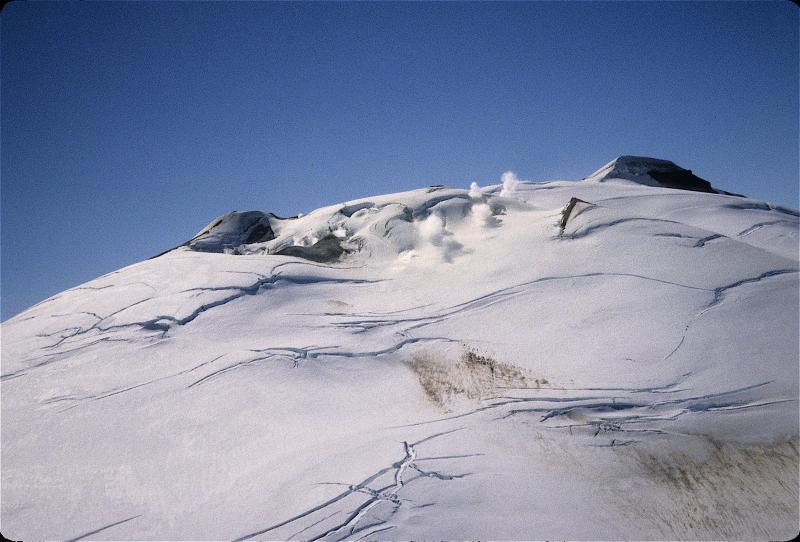 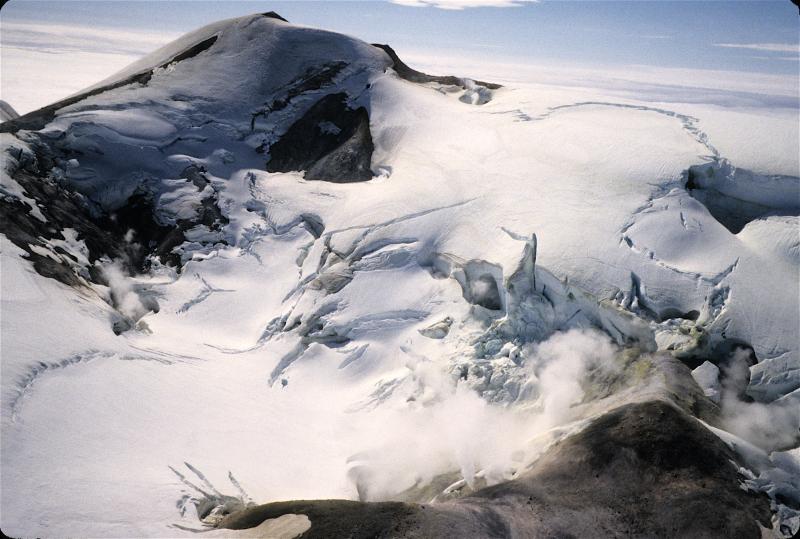 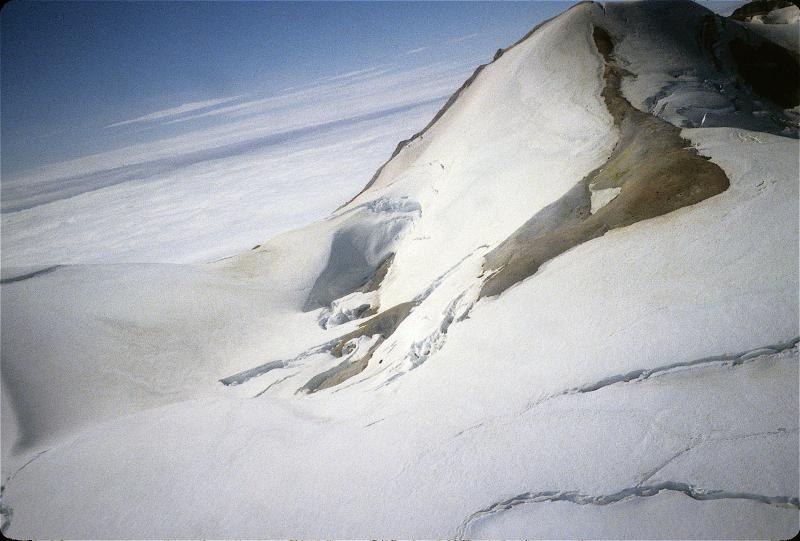 From Smithsonian Institution, online database, accessed December 8, 2003: "The almost completely ice-covered Kukak volcano lies west of Hallo Bay near the NE end of a glacier-mantled range extending from Mount Katmai. Kukak volcano contains a vigorous fumarole field at the southern base of the hydrothermally altered northern summit and is the only one of the Denison-Steller-Kukak chain of volcanoes to display geothermal activity. Two reports of historical eruptions at Kukak from Hantke (1959) [1] appear to be erroneous. The report of a 1951 eruption is an apparent reference to a July 22, 1951 ashfall at Kukak Bay, which was attributed by Muller and others (1954) [2] to Martin volcano. A 1953 explosive "eruption" was single large puff of steam followed by steaming from caverns in Hook Glacier [2]."
REFERENCES CITED
[1]
Uebersicht ueber die vulkanische Taetigkeit 1954-1956, 1959
Hantke, Gustav, 1959, Uebersicht ueber die vulkanische Taetigkeit 1954-1956: Bulletin Volcanologique, v. 20, p. 3-33.
[2]
Current volcanic activity in Katmai National Monument (Alaska), 1954 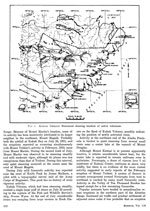