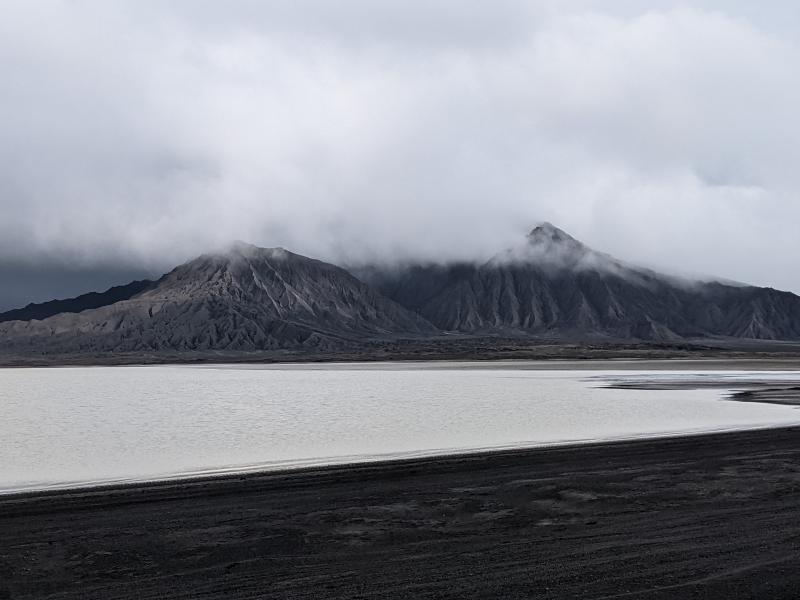 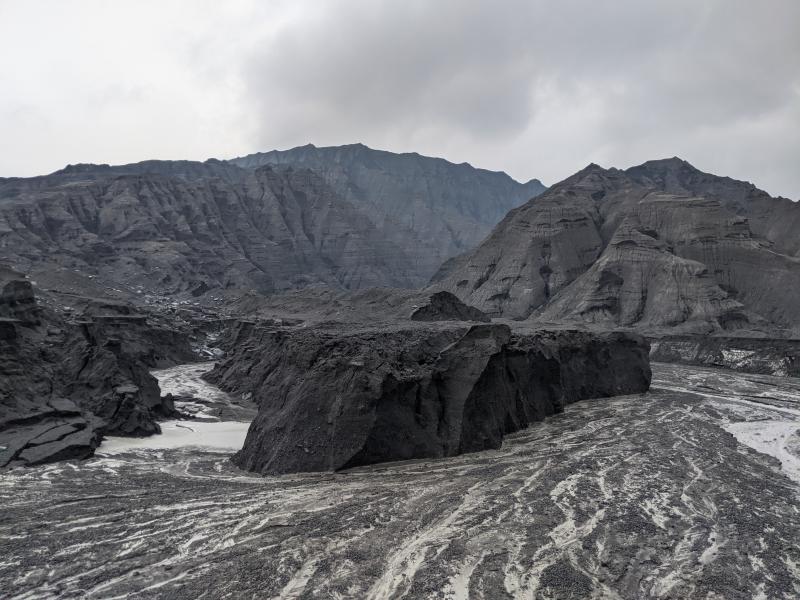 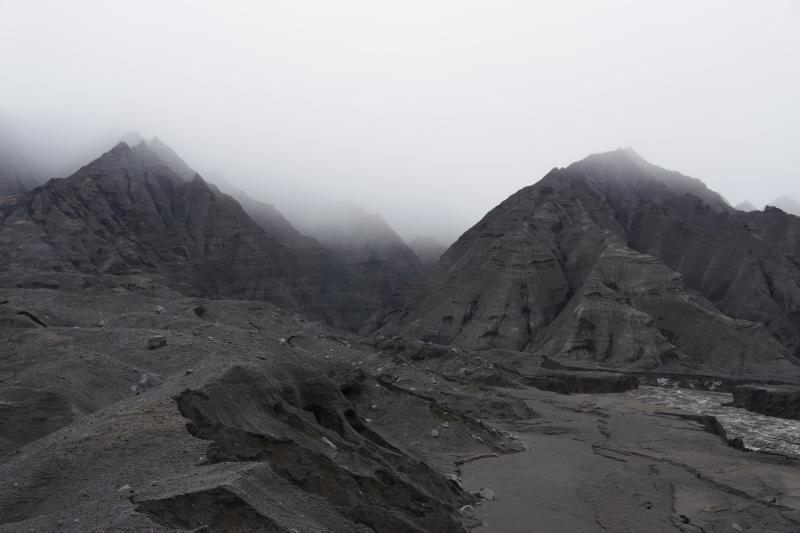 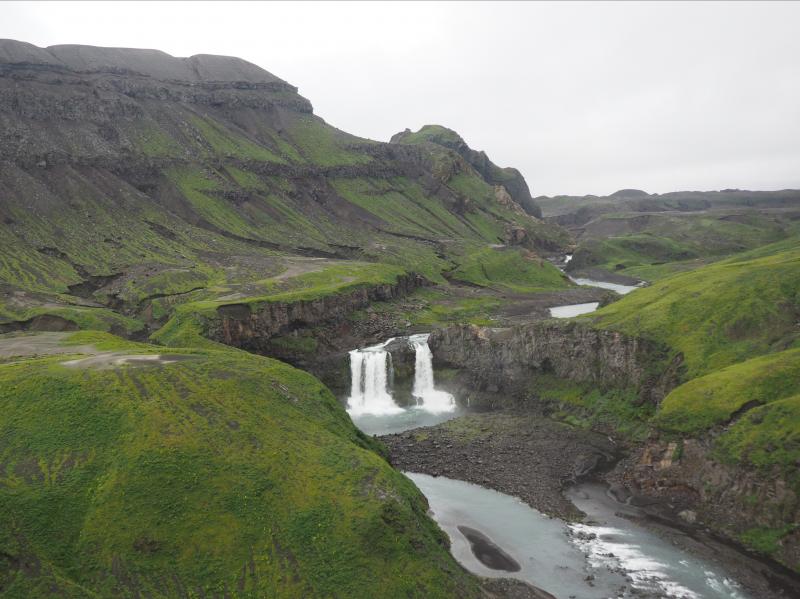 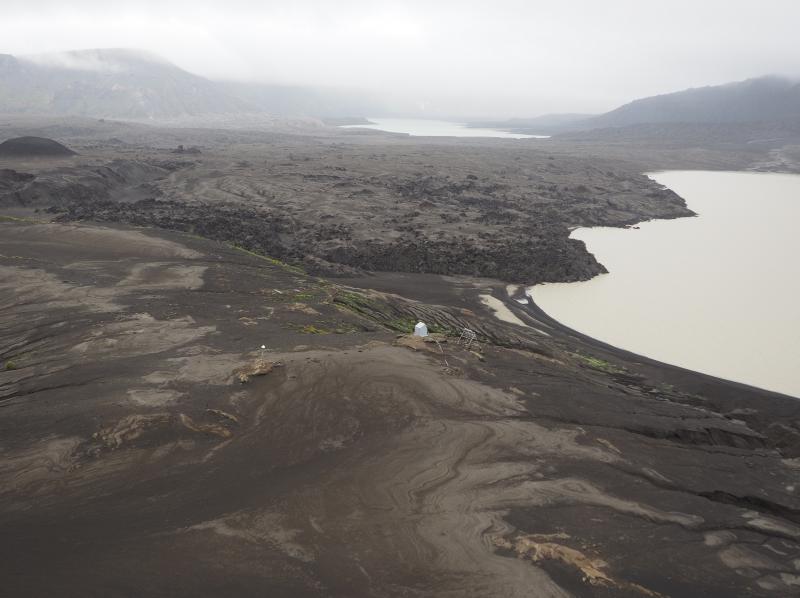 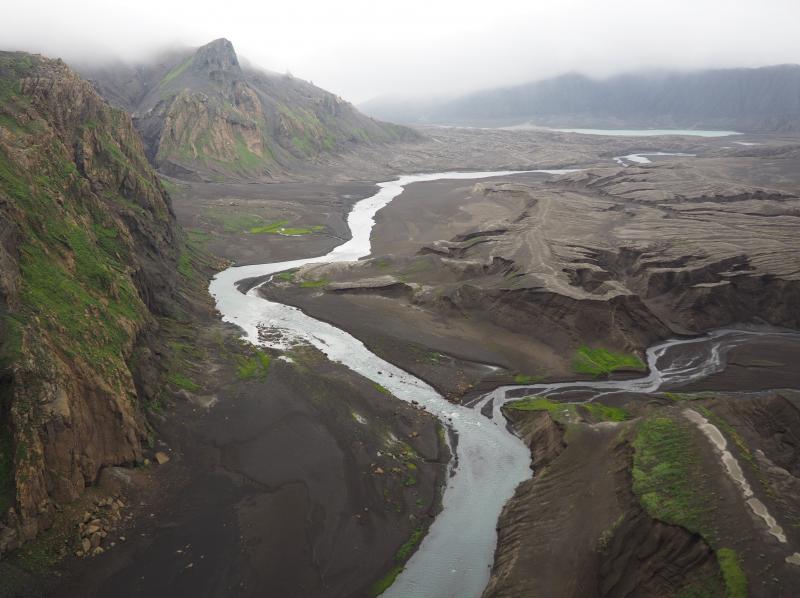 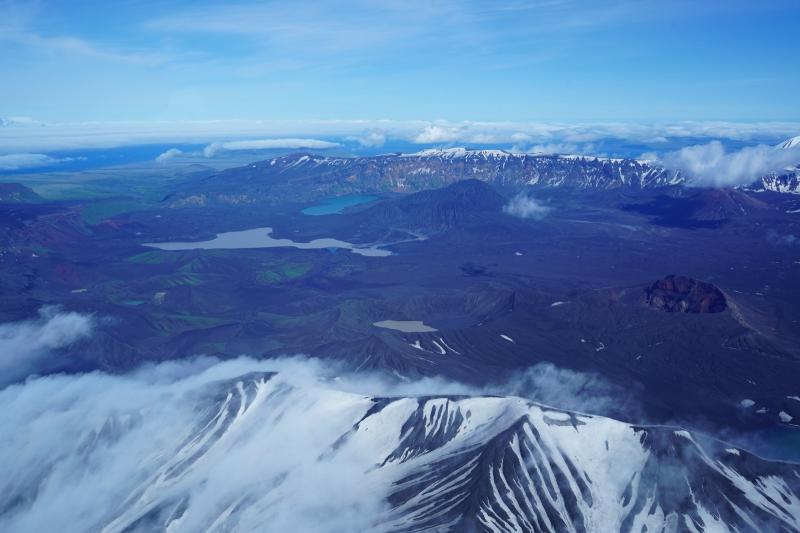 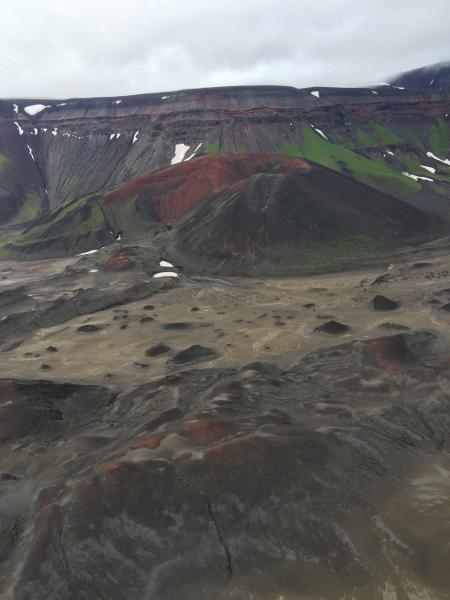 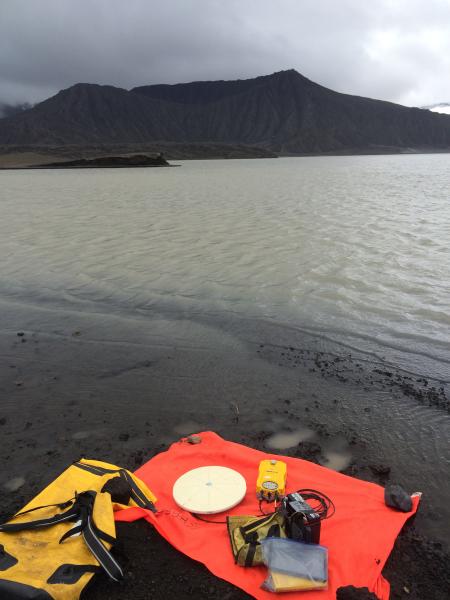 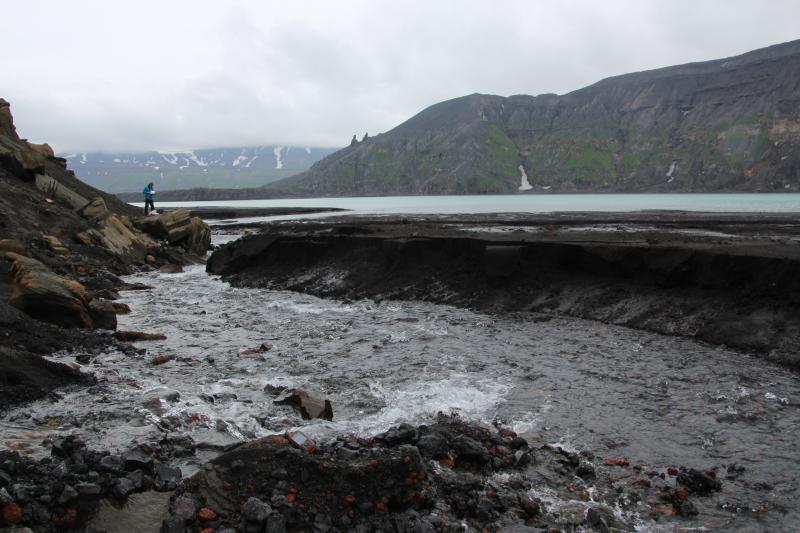 From Miller and others (1998) [1]: "Okmok Volcano occupies most of northeastern Umnak Island. The volcano, built on a base of Tertiary volcanic rocks, consists of three rock series: older flows and pyroclastic beds of a pre-caldera shield complex; pyroclastic deposits of two major caldera-forming eruptions; and a post-caldera field of small cones and lava flows that includes historically active vents within the caldera [2]. "Construction of the pre-caldera volcano began in late Tertiary or early Quaternary time. Two whole-rock K-Ar analyses of a sample of basaltic lava are 1.7 and 2.1 +/- .2 m.y. [3]. Basaltic flows and pyroclastics compose most of the older rocks (unit Qbm); flows are more voluminous than pyroclastic deposits (see Byers, 1959 [2], plate 41). Vent agglomerate is exposed in the walls of the younger caldera and tuffs and tuff-breccias occur further down the flanks. Flows and pyroclastic beds dip radially from the caldera at less than 5 degrees in most sectors, except for local steepening and reversal of dips at former vents. Such radial dips suggest that the older complex was a central volcano with parasitic vents. Domes and plugs of andesite and rhyolitic composition and basaltic lava flows (Byers, 1959 [2], p. 312) mark minor vents that were active before caldera formation; these rocks are only slightly modified by erosion and are presumably early post-glacial in age. "Catastrophic pyroclastic eruptions resulted in the formation of 2 overlapping calderas (Byers, 1959 [2], p. 274). The deposits, referred to as the Okmok Volcanics (Byers, 1959 [2], p. 314), are mainly thick, non-sorted agglomerate at the caldera rim overlain by ash-flow tuffs, and airfall ash and pumice that cover the flanks of the volcano to the shoreline (unit Qov). Two arcuate ridges located about 1.5 km north and east of the main topographic basin are the remnants of the older caldera, which formed about 8200 years ago [4]. The topographic basin of the younger caldera is about 9.5 km in diameter; the maximum elevation of the rim is about 1070 m and the mean elevation of the floor, exclusive of areas underlain by post-caldera volcanic rocks, is about 370 m. The occurrence of 2 major ash-flow sheets, separated by a basalt flow and erosional unconformity, supports the two caldera-forming eruptions [5]. Miller and Smith (1987) [6] have reported a maximum C14 age of 2400 +/- 200 yr for the second and younger caldera-forming eruption. "Numerous small flows, plugs, and cinder cones on the flanks of Okmok Volcano are interbedded with or overlie the upper pars of the Okmok Volcanics (unit Qyv). Within the caldera, the oldest post-caldera deposits are brecciated pillow lavas and pyroclastic rocks that were deposited in a caldera lake. The lake attained a maximum depth of about 150 m and the upper surface reached an elevation of about 475 m, at which point it overtopped the low point of the caldera rim. A small shallow lake located near the outlet of the caldera is all that remains today. Three dissected tuff cones may have been produced by eruptions beneath the former caldera lake. Other cinder cones occur atop pillow lavas; such cones apparently breached the surface of the former lake. Cinder cones and associated lava flows that are younger than the caldera lake are identified by structures and textures characteristic of subaerial eruption. The documented eruption of 1945 occurred at a cinder cone near the southwest caldera wall [2] [7]; this cone may have been the site of all historical activity of Okmok volcano. Hot springs and fumaroles occur both within Okmok caldera and at Hot Springs cove, 20 km to the southwest."
REFERENCES CITED
[1]
Catalog of the historically active volcanoes of Alaska, 1998 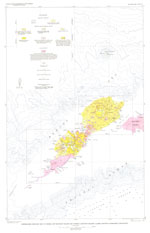 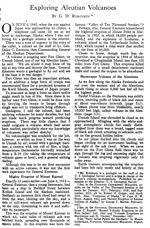