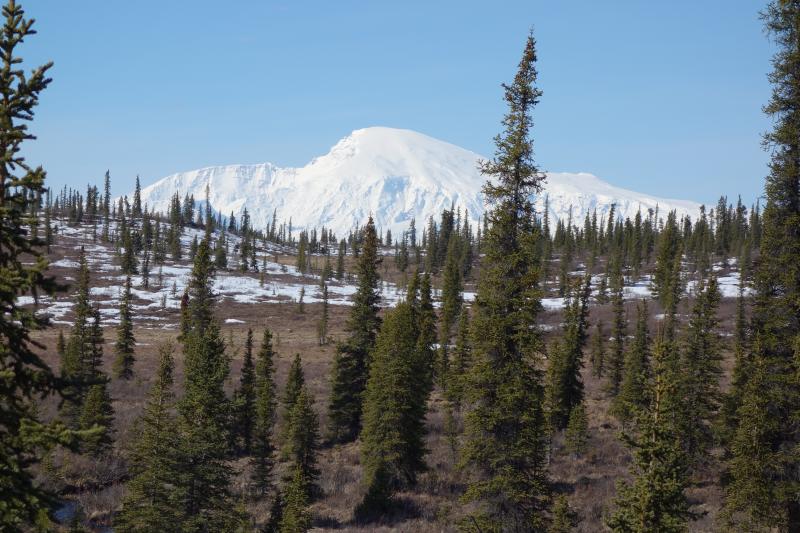 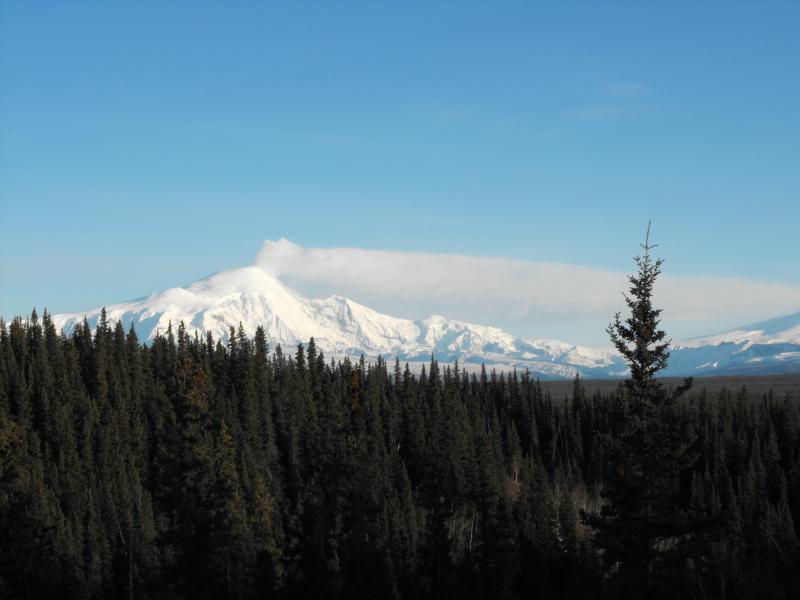 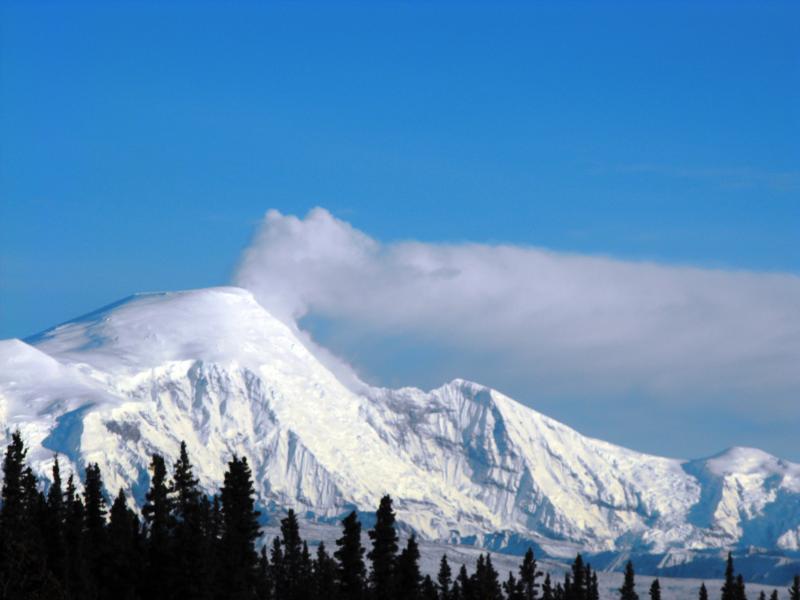 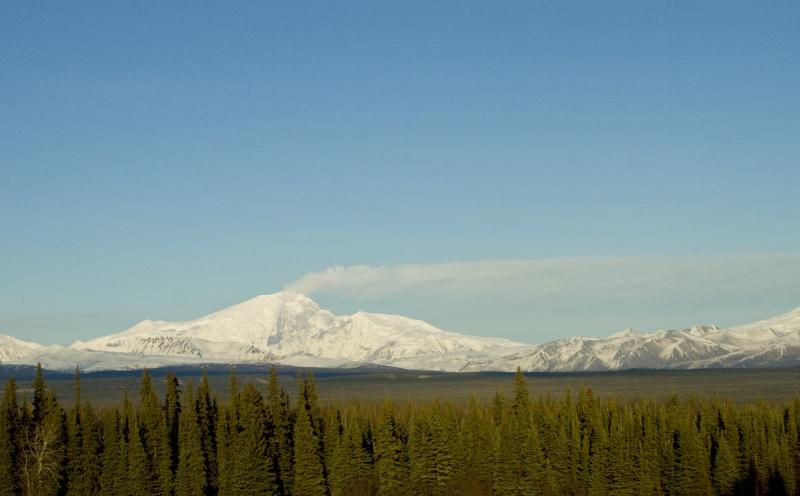 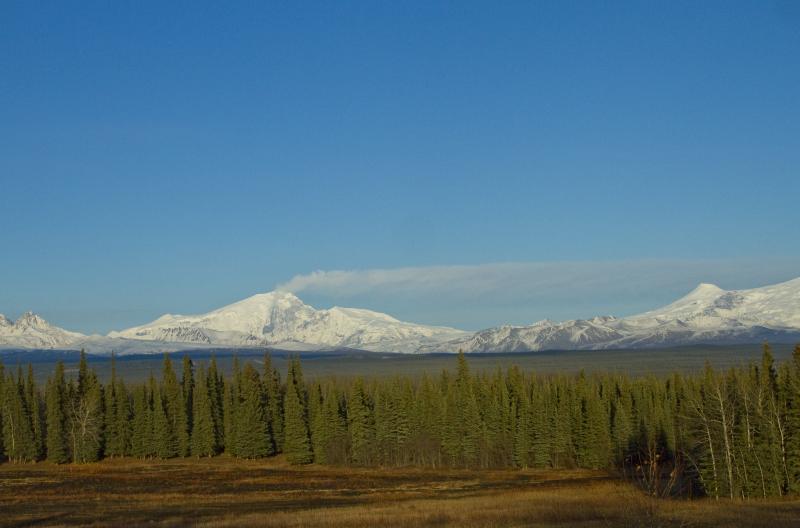 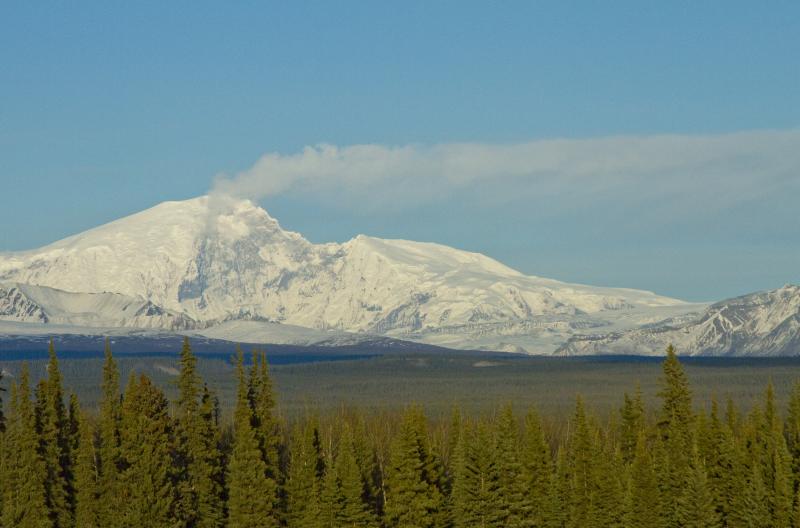 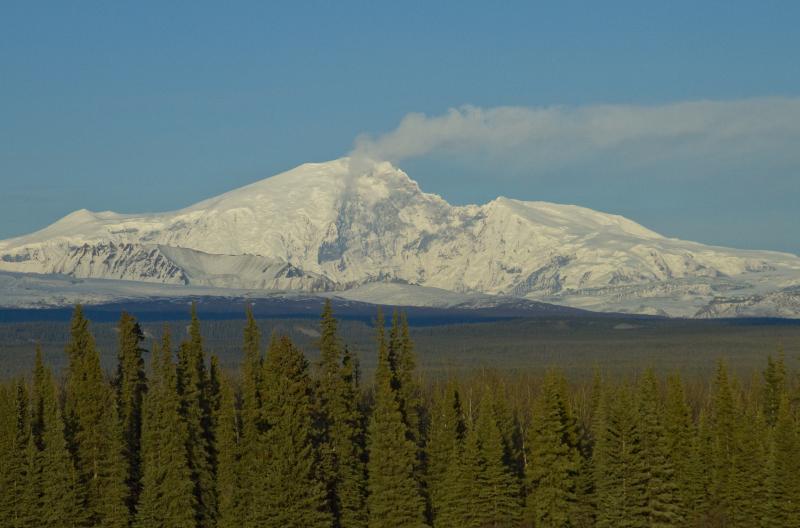 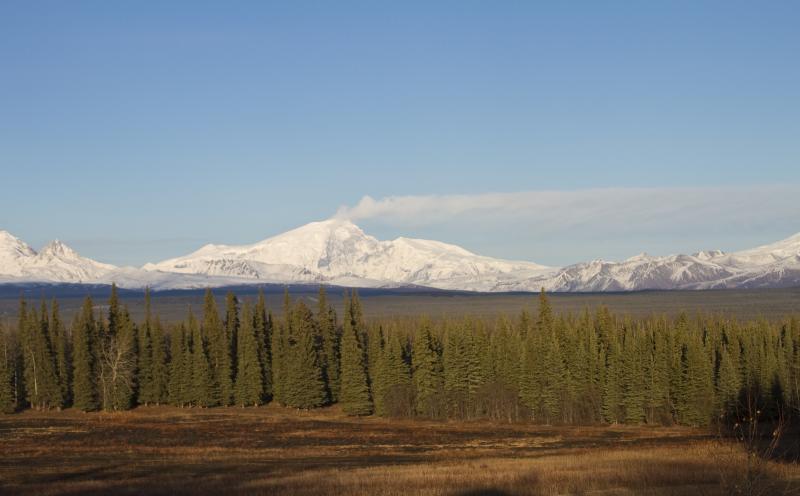 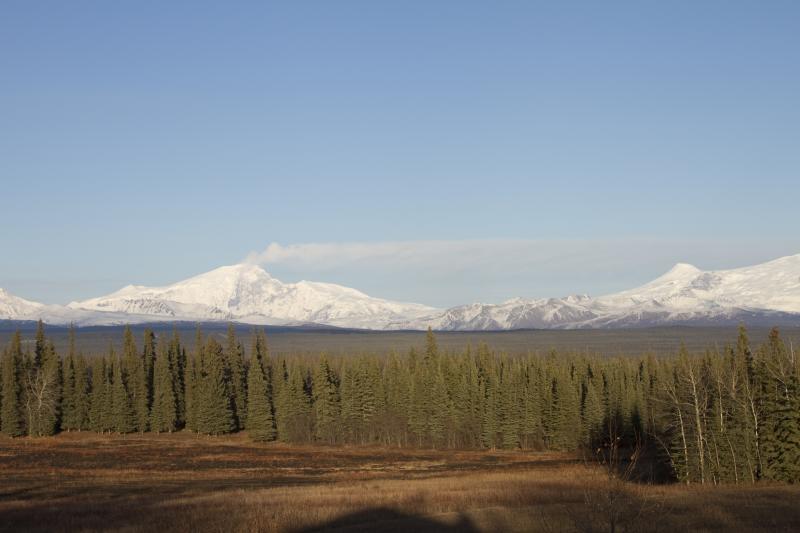 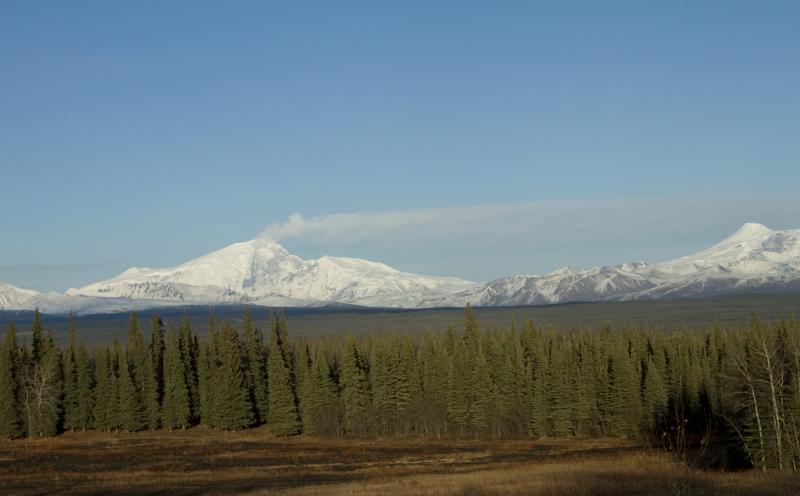 From Wood and Kienle (1990) [1]: "Mount Sanford, a very large dissected shield with an impressive bulbous top, is the highest volcano in the Wrangell volcanic field. Most of the upper part (>2,500 m) is covered by perennial snow and ice, making study and observation difficult. The principal "window" through the ice cap is the great amphitheater at the head of the Sanford Glacier which rises more than 2,400 m in less than 1,500 m. Data from unpublished geologic mapping around the volcano's base, and fly-by observations of the great amphitheater and other cirques, indicate that the upper part of Mount Sanford is a young feature, * * * that developed on a base of at least three coalescing andesitic shield volcanoes, referred to as the north, west, and south Sanford eruptive centers. The centers may contain shallow dacite and andesite intrusives, dike complexes, vent deposits, and may be the locus of linear rift vents; all centers are marked by topographic highs."
REFERENCES CITED
[1]
Volcanoes of North America: United States and Canada, 1990
Wood, C. A., and Kienle, Juergen, (eds.), 1990, Volcanoes of North America: United States and Canada: New York, Cambridge University Press, 354 p.
Contact AVO Privacy Accessibility Information Quality FOIA
URL: www.avo.alaska.edu/volcanoes/volcinfo.php
Page modified: September 29, 2020 12:19
Contact Information: AVO Web Team