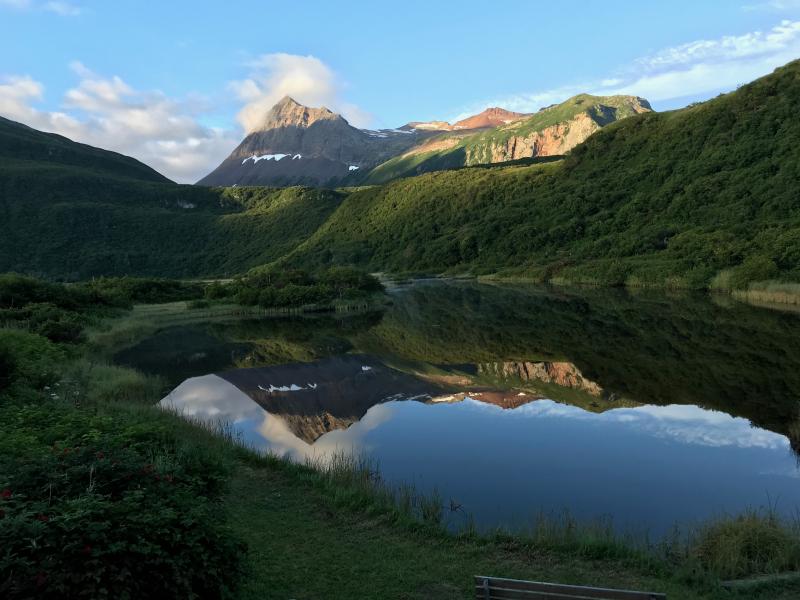 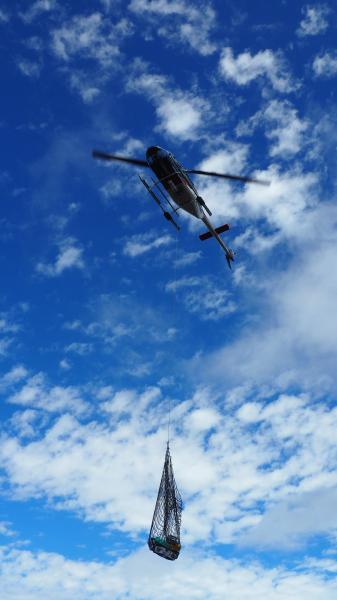 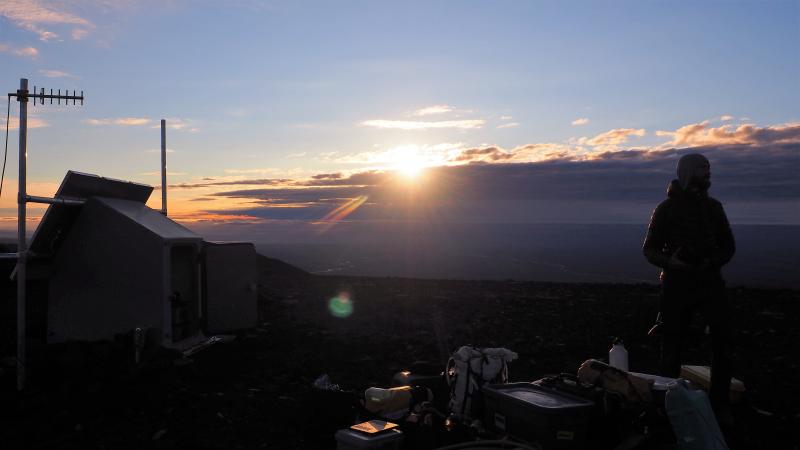 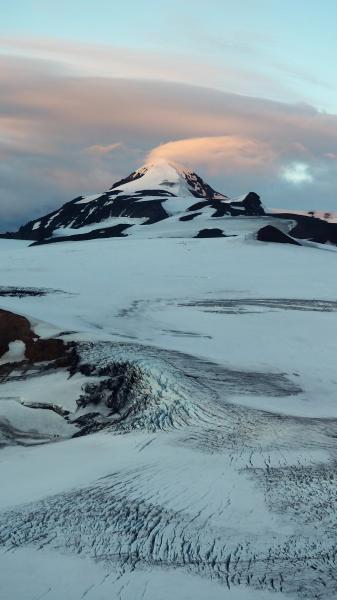 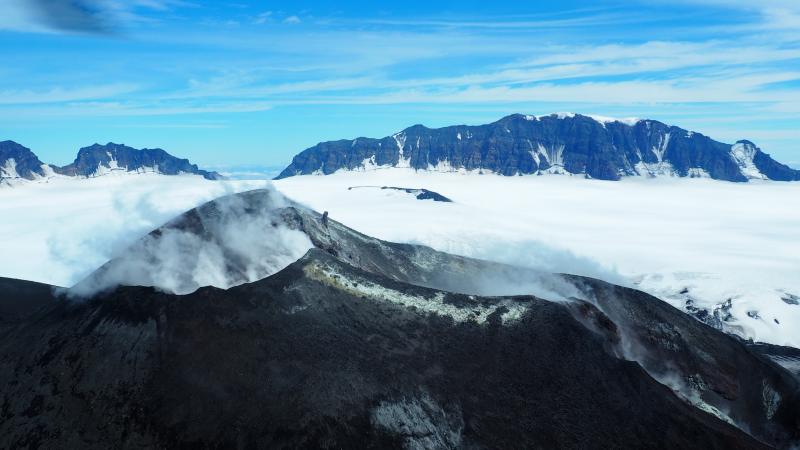 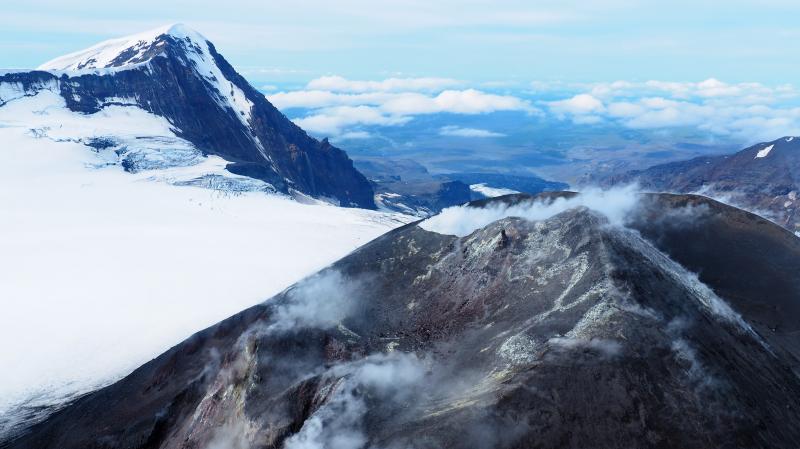 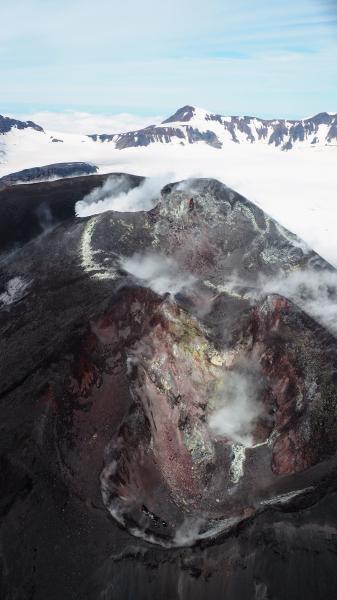 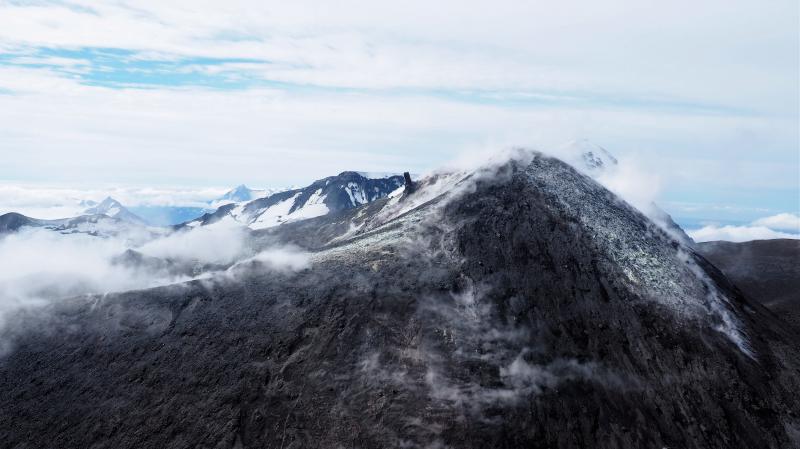 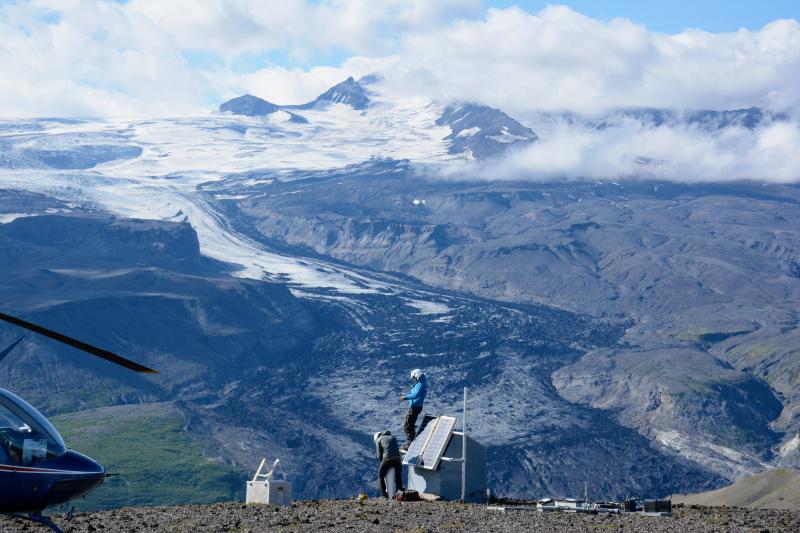 From Miller and others (1998) [1]: "Mount Veniaminof is a broad central mountain, 35 km wide at the base, truncated by a spectacular steep-walled summit caldera 8x11 km in diameter. The caldera is filled by an ice field that ranges in elevation from approximately 1750 to 2000 m; ice obscures the south rim of the caldera and covers 220 square km of the south flank of the volcano. Alpine glaciers descend from the caldera through gaps on the west and north sides of the rim and other alpine glaciers occupy valleys on the north-, east-, and west-facing slopes of the mountain. In the western part of the caldera, an active intracaldera cone with a small summit crater has an elevation of 2156 m, approximately 330 m above the surrounding ice field. The rim of a larger but more subdued intracaldera cone protrudes just above the ice surface in the northern part of the caldera; based on limited exposure and physiographic features, it may have a summit crater as much as 2.5 km in diameter. "Andesitic and dacitic ash-flow tuffs from the caldera-forming eruption occur in many of the valleys on the north slope of the volcano and are found as far away as 50 km from the caldera rim on both the Bering Sea and Pacific Ocean coasts. "A northwest-trending belt of post-caldera cinder and scoria cones, including the two intracaldera cones, extends from near the Bering Sea coast approximately 55 km across the main volcanic edifice and the Aleutian Range divide, well down the Pacific slope [2]."
REFERENCES CITED
[1]
Catalog of the historically active volcanoes of Alaska, 1998