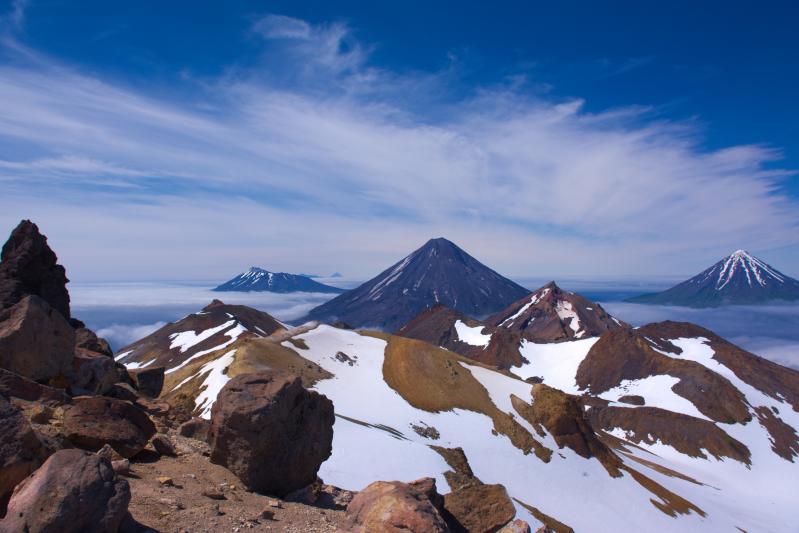 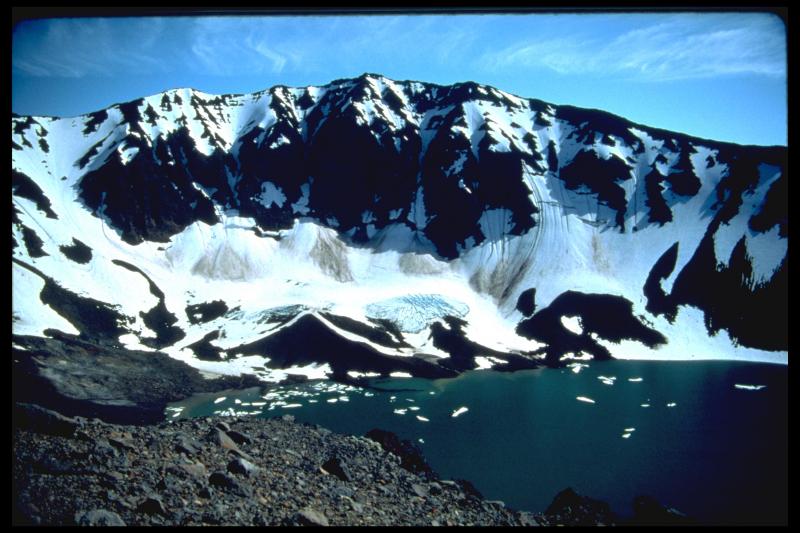 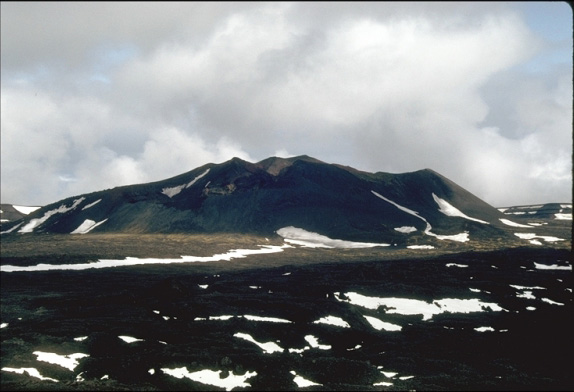 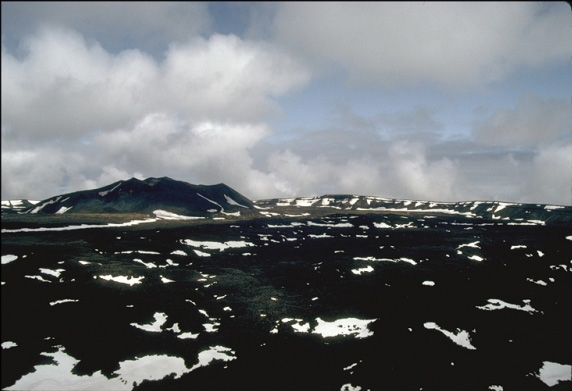 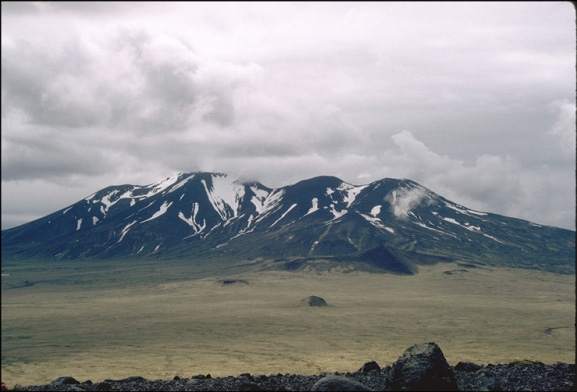 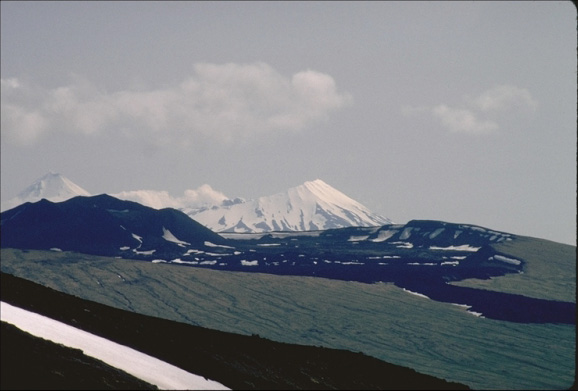 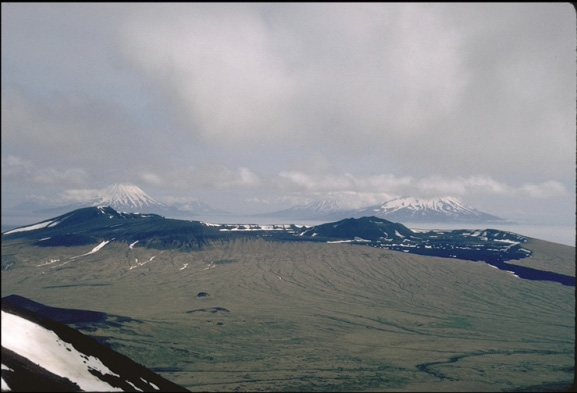 From Miller and others (1998) [1]: "Yunaska Island lies near the west end of the Islands of the Four Mountains group and is flanked by Chagulak and Amukta Islands on the west and the remainder of the group on the east. Yunaska Island is roughly oval in form and about 23 km long. It consists of two volcanic centers separated by a flat valley with moderately sloping walls. The western volcano, 950 m high, is the eroded remnant of a series of four overlapping stratocones [2]; a group of cinder cones and fissure flows extends from the west end of the complex. This western volcano has presumably not been active in historical time. "The eastern volcanic center, to which all recent Yunaska volcanism has been attributed, has been described by Nicolaysen and other (1992) in preliminary reports as a large shield volcano topped by two overlapping calderas. No age has been reported for caldera formation but the fresh morphology of the younger caldera and the non-glaciated nature of the associated pyroclastic rocks suggests it is at least Holocene in age. The older of the two calderas (caldera CI [3]) has a diameter of 10-13 km, the younger (caldera CII) about 3 km. Low ridges and peaks along the northern and eastern shores of the island define the postulated caldera (see physiographic descriptions in Sekora, 1973 [4]). Sinuous ridges and small cones, craters, and lava flows of the active field occur both within and outside caldera II. The most prominent flow extends 1.5 km south from the southwestern lip of caldera II but does not reach the sea. A second area of relatively young lava flows lies north of the caldera, and a smaller flow is situated on the east flank. "Known cones and inferred lava vents outside the caldera are located within 1 km of the rim. Within the caldera is a 500 m cone that has its own small summit crater. Low relief on the eastern part of Yunaska Island implies that either the pre-caldera volcano had a shield-like form, or that a former cone has been subsequently destroyed. No hot springs or active fumaroles are known to exist on the island."
REFERENCES CITED
[1]
Catalog of the historically active volcanoes of Alaska, 1998